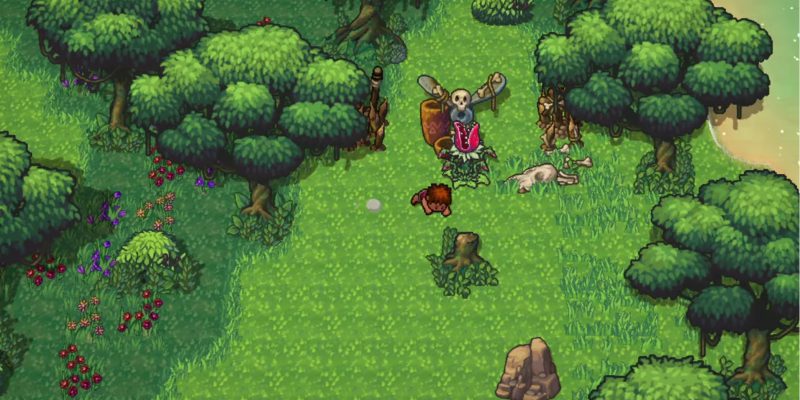 Each survival crafting game has its own schtick, its own gimmick. The Survivalists‘ is its overall goofy nature and cartoon aesthetic. Don’t get it mixed up though, the game, although lighthearted, is still packed with deadly dangers. Players have to work to survive, and thanks to today’s latest update to The Survivalists, that just got a bit easier. Players can now farm and tame animals in the game, and with that comes some unique abilities. Forget Minecraft and its (admittedly adorable) guard wolves. The Survivalists will let players use their tamed monkeys to do the farming for them.

Today’s update arrived, along with a trailer showing off the new features players can expect. From here on, The Survivalists will let players plant and harvest crops, all of which provide resources. Dangerous plants can be placed around your base as defense, but they’re also found in the wild so be careful when you explore. Likewise, players can tame even more wild animals, either to get resources from them or to defend against other fearsome creatures.

But the real big change here is automated monkey farming. By using the Monkey Mimic system, players can teach their prehensile-tailed friends to tend to the crops. Why saddle yourself with the burden of heavy farm labor when you can amass an army of monkey farmers?

While nothing will be as impressive as adorable lil’ monkey farmers, there’s still a ton of content packed into today’s update for The Survivalists. Players can look forward to a ton of new tools that should help on their island adventures. New structures, recipes, and items have been added to the game, including a speedy raft to make island-hopping a breeze.

The game’s combat systems also received an overhaul. When they swing a spear at enemies, players should notice some changes to lunge and knockback, as well as a decent buff to stamina. In all, these changes should amount to a more fluid combat system that’s easier to control.

For a full list of changes coming in today’s update, be sure to check the game’s patch notes here.