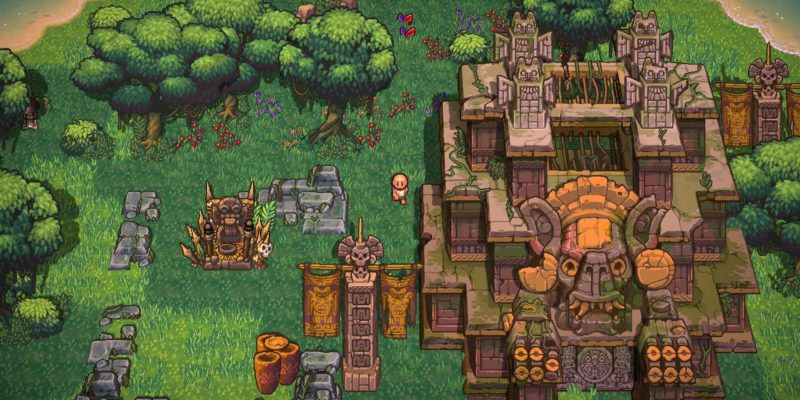 Team 17 has announced The Survivalists, a survival-themed spin-off from The Escapists series.

While The Escapists has you attempting to escape, The Survivalists is all about… well, it’s right there in the name. It’s set in the same universe and shares some mechanics, but The Survivalists will apparently be a very different experience.

In the manner of so many survival games, you’ll find yourself washed up far from civilization. It’s up to you to gather resources, build fortifications, and craft objects to ensure your continued existence. Bet you thought I was going to say “survival.”

Survivalists on a desert island 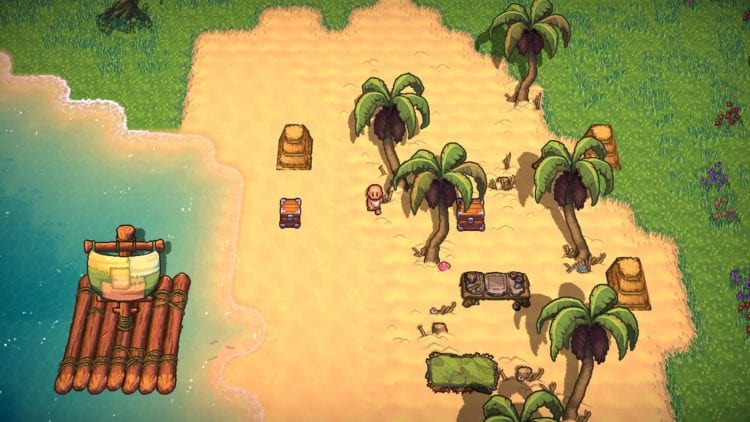 The world you’re in has a full day/night cycle and a slew of wild animals, as well as fanatics seeking your demise. Fortunately, there are also monkeys. Yes, monkeys.

One of the notable features is that you can train a monkey using a “mimic” system. Presumably: monkey see, monkey do. You can have the local monkey population get resources for you, build things, or even fight off threats. Naturally, monkeys aren’t your only allies: As with The Escapists, The Survivalists will allow you to play in online co-op.

In addition to the various (and almost certainly lethal) biomes you can explore, The Survivalists will offer temples full of loot. You’ll need to solve puzzles to get the most out of these, though, which makes me wonder how much will be procedurally generated and how much will be hand-crafted.

It’s worth noting that Team 17 is touting The Survivalists as a “survival-lite” game, so it’ll hopefully be a little bit lighter and less death-heavy than something like Don’t Starve. We won’t be finding out for awhile, though: The Survivalists isn’t due out until sometime in 2020. Personally, I’m just eager to create a horrifying slew of forest-destroying monkeys. Anything to feed my need for lumber, really.

Final Fantasy VII Remake is a timed PlayStation exclusive until 2021