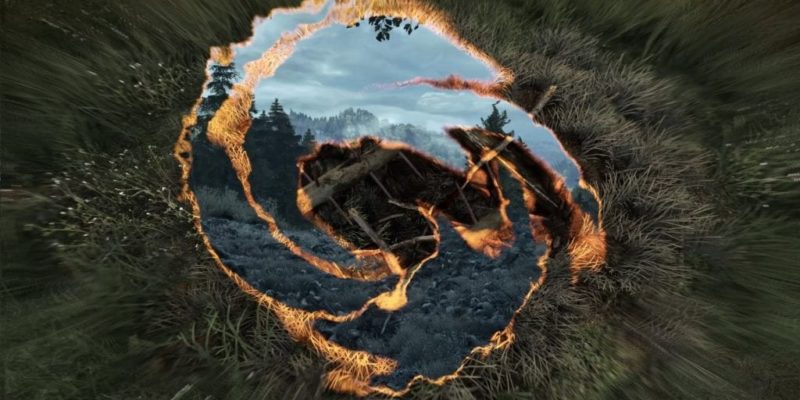 Ethan, are you in this spooky church? I … kind of hope not.

Quite a bit of The Vanishing of Ethan Carter news today, as The Astronauts reveal the PC release date, release a video and put up a dedicated game site. The latter can be found over here and contains methods of buying the game (GOG, Steam etc) as well as details of a special pre-order edition that comes with a soundtrack and other goodies.

On PC, The Vanishing of Ethan Carter will be released on 25 September and cost $20.00 USD.

The new video is a fairly lengthy thirteen minutes of narrated gameplay, but one which also does its best to avoid spoilers. Your guide from The Astronauts does his best to hop around in time to dodge showing too many puzzle solutions, though obviously with 13 minutes to watch you’ll be seeing a short chunk of the game no matter what.

During the feature-walkthrough, you get to see a handy way protagonist Paul Prospero can visualise the location of items. There’s also a look at how Prospero can use his occult talents to chat with the recently deceased; but only after reconstructing details of the crime scene. It’s all done in rather neat visual style, without cluttering up the lovely scenery (corpses excluded) of Red Creek Valley.

By the sounds of it, in The Vanishing of Ethan Carter you’ll be able to tackle the mystery at your own pace and in your own order. Near the start of the video, it’s mentioned that if you fancy wandering over to the other side of the valley right away then you can do that if you wish. It also looks as though there are plenty of side-areas to involve yourself with, away from the main case.

Have a watch, below. And marvel at how splendid the trees look, waving around in the breeze.

The Crew claims to be the greatest playground in latest trailer