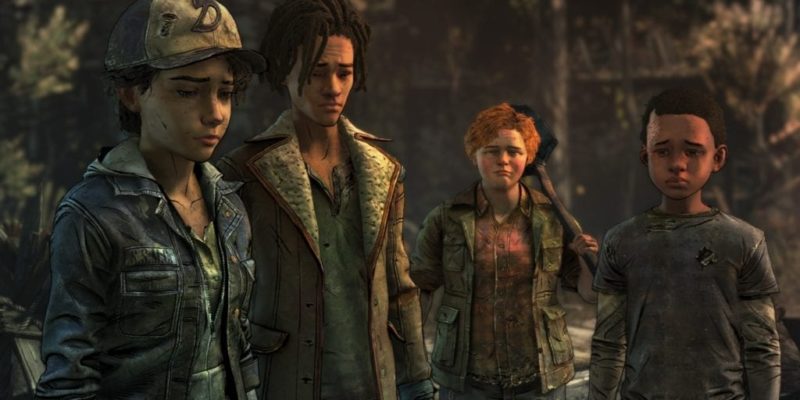 It’s been a rough ride for The Walking Dead: The Final Season. Following the closure of Telltale Games, many believed Clementine’s story would never be finished. But thanks to Skybox Entertainment, which picked up development, we’ll be able to see how her saga comes to a close. The penultimate episode released yesterday. With it, we learned that the final chapter will come out March this year.

According to our own Jason Rodriguez, who reviewed the third episode, the final chapter looks to be a rough one. The theme of the next episode, Take Us Back, may be a stark contrast to the prior episode, Broken Toys. This latest chapter focused on “dreams of hope and optimism,” Jason wrote. But, as anyone who played The Walking Dead before could tell you, hope is a dwindling commodity in the zombie-plagued, post-apocalyptic world.

“If Broken Toys is any indication with all the foreshadowing dialogue, the fourth and final episode Take Us Back… might turn us into emotional wrecks,” Jason wrote in the review.

As it stands, Broken Toys left a lot of things in the air. Like many episodes in the franchise, it ends on a major cliffhanger, leaving you wondering what happens next. Luckily, you won’t have to wait too long. And, it’s possible the ending may not be far enough away. Once it releases in March, the final episode will take place nearly seven years after we began Clementine’s adventure. It was a long and difficult journey, and we had to give some rather bitter farewells along the way. Say what you will about Telltale’s business practice (I know we did), but damn could that team weave an emotional, gut-wrenching story.

The final chapter of The Walking Dead: The Final Season will be out for PC on March 26.