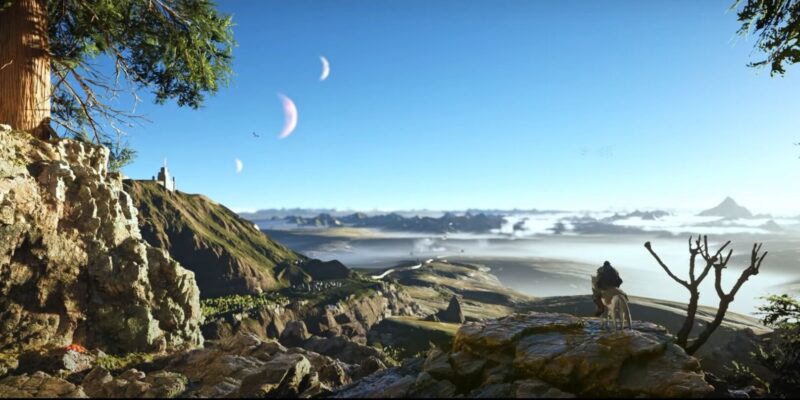 We’ve had to make do without a new game in The Elder Scrolls series for quite some time. Although it’s a little hard to believe, Skyrim was released nearly a decade ago. While news on the next game in that franchise has been few and far between, another game has popped up that’s similarly exciting. Back in 2019, OnceLost Games, a studio made up of former lead developers from The Elder Scrolls II: Daggerfall and other games, announced its intention to make a spiritual successor to that game. The first trickles of information have been doled out, as the studio has revealed The Wayward Realms, with details and a teaser trailer.

Unlike the modern Elder Scrolls games, the early entries didn’t have enough staff to build massive worlds by hand. Games in the series instead relied on procedural generation. The Wayward Realms, in stark contrast to the hand-crafted nature of later Elder Scrolls titles, will continue with this. The scope of the game is quite ambitious as well. OnceLost is aiming to have 100 procedurally generated islands. The studio is so confident in its approach that it has stated the game is a new type of RPG altogether, christening it a “Grand RPG” that focuses on extreme levels of class customization, allowing players to do exactly what they want, regardless of how absurd things might get.

The Wayward Realms revealed with a teaser trailer

On its Twitter account, OnceLost makes it clear that The Wayward Realms is still actively being developed and we absolutely will not see it in the near future. That being said, I’m very much looking forward to what’s in store when the game does come out. It’s supposed to be managed by a digital dungeon master that has control over a wide range of variables, so the game might actually successfully stand out from the competition. Plus, things will obviously be much more user friendly than 1996’s Daggerfall.