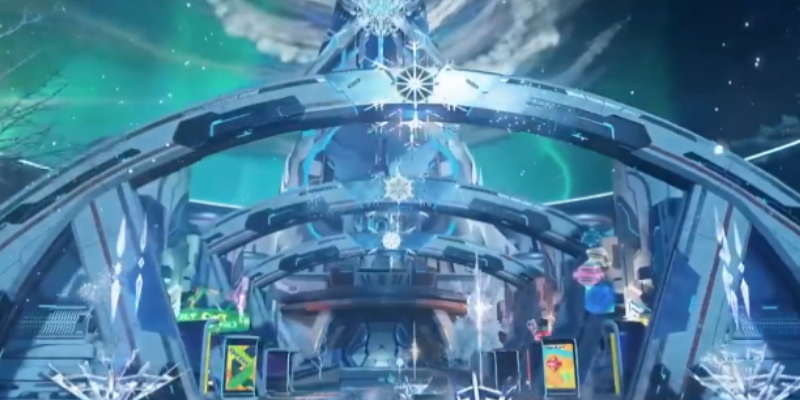 As with the other previous seasonal events The Winter Event brings back seasonal enemies that you can farm for points to spend at Xiandy’s shop. Several useful items can be purchased from Xiandy including rare augments, exclusive cosmetics, Alpha Reactors, and even a new 5* weapon series.

The new weapon series is called Tempesta. These 5* weapons deal bonus damage against enemies that are weak to wind. They’re a perfect choice for an event where all seasonal enemies are weak to wind. For those that want to save their seasonal points, Tempesta weapons can also be found as drops against certain enemies.

PSO2 New Genesis players will have plenty to do during this Winter Event. There are new daily and weekly challenges, plus Xiandy has some special requests. By talking to Xiandy you can accept a variety of seasonal limited-time quests that reward bonus N-Meseta and seasonal points. If past seasonal events are anything to go by, you can expect Xiandy to stock some extra items as the event progresses.

Today’s update also introduces Season 4 of the NGS Mission Pass. Like the main event, this will last until February 8. The pass introduces a variety of new cosmetics and useful items, as well as reintroducing items that were previously exclusive to the AC Scratch store.

Mission Pass tiers can either be grinded out or purchased for SG. Each tier costs 25 SG, and there are a total of 30 tiers to unlock. All players can unlock items on the regular track, but only those with an N-Mission Gold Pass are eligible for the premium Gold track rewards. The N-Mission Gold Pass can be purchased from the SG Shop for 100 SG.

CES 2022: What were the best products from the show?