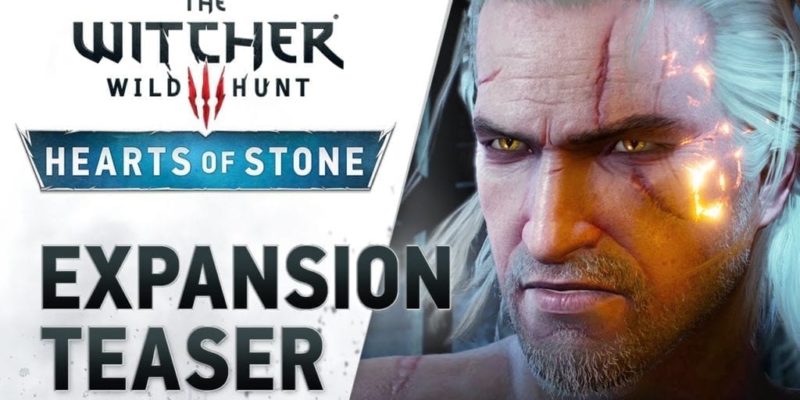 The Witcher 3: Wild Hunt has won countless awards, and the much anticipated Hearts of Stone expansion finally has a release date.

The expansion boasts over 10 hours of additional gameplay with new monsters, quests, and characters to interact with. Players will once again assume the role of Geralt of Rivia, who has been hired to defeat the immortal bandit captain, Olgierd von Everec. Along with the full game, Hearts of Stone also allows players to forge their own path throughout the story.

The expansion will come both digitally and boxed. The boxed version will feature two decks of Gwent, the card game seen in the world of The Witcher, in addition to a digital download code of the expansion. Find out more about Gwent here.

The expansion will release October 13th, 2015 for $19.99 both physically and digitally. To pre-order the expansion, go here. You can check out the teaser below.