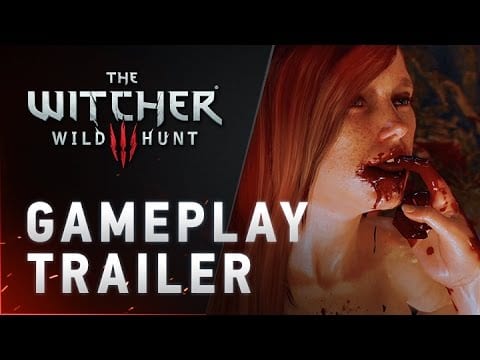 A five-minute trailer for The Witcher 3: Wild Hunt has been released, giving narrated walkthrough of what the game has to offer.

Unlike most trailers – which offer quick glimpses of explosive set-pieces – this is more of an introductory overview to the game itself, complete with a voice-over explaining how it all works. You’ll hear about the state of the world, the main plot, the different ways in which you can play Geralt (both as an actual character, and as a walking block of stats), and the variety of activities you can get up to. Like gambling, brawling, whoring around, or hunting monsters. The huge open world will evolve as you play, too; clear monsters out of an area and people will start to move in, creating new hubs for you to visit and new places to trade. And then there’s swimming, and sailing, and horseback riding, and treasure hunting, and…

Obviously, it also contains a lot of gore, swearing, and at least one lady magically making her top disappear. And I mean that literally. If nothing else, though, it’s worth watching just for the vampire who’s a bit displeased at being woken earlier than expected.

You can check out the trailer below, and if you have any interest in The Witcher 3, you probably want to do so.