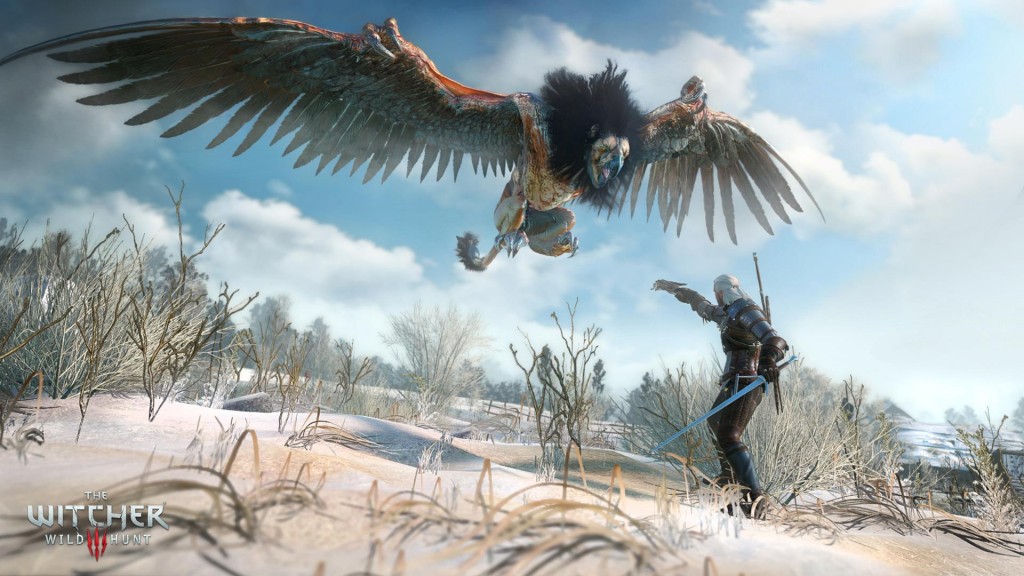 I’m sure that tiny crossbow will do the trick, Geralt.

A new batch of screens for The Witcher 3: Wild Hunt have been released, and they focus on a snowier region than usual.

The first screen is apparently about the dialogue system’s dynamic camera, which mostly just means that the screen shows a blurry Geralt in the foreground while the focus is on a soldier with a horse. The second shot shows Geralt surrounded by hungry-looking wolves. The third is a rather lovely environmental shot of Skellige, which seems to contain both verdant fields and snow-capped hills. Finally, the last shot has Geralt taking on something that looks like a very ugly griffin.