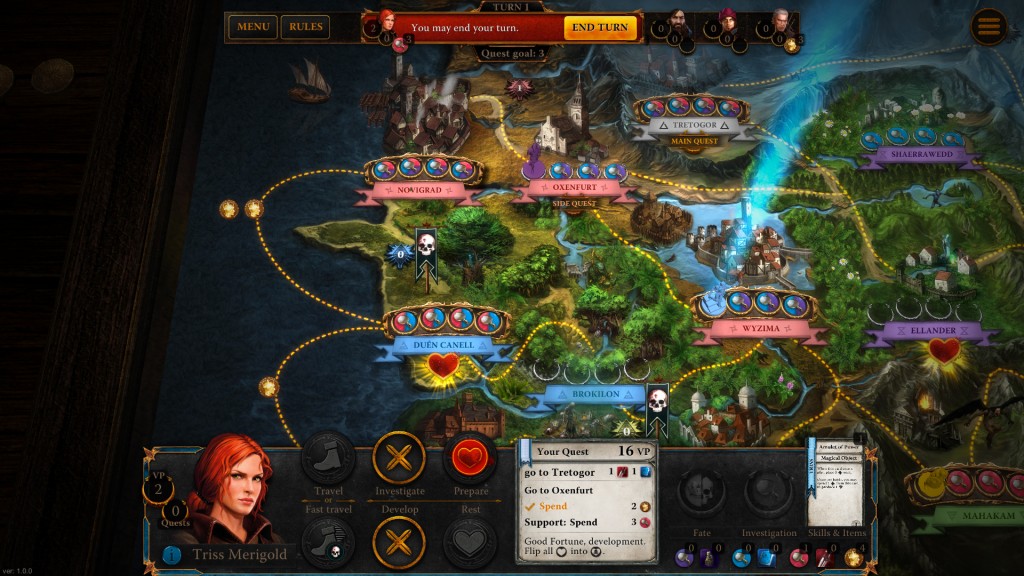 The Witcher Adventure Game has just hit the interwebs, and the general consensus is that it’s pretty okay.

It’s a board-game (available both in actual, physical board-game form, and digital computer-y form) which lets you and your friends/your enemies/random strangers on the internet take the roles of Geralt, Triss, Yarpen, and Dandelion. You’ll have to go on quests, earn gold, and either assist or annoy the other players to maximise your own chances of winning.

The Witcher Adventure Game is now available on Steam and GOG, and 10% launch discounts mean it’s priced at £6.29 on the former and $8.99 on the latter. Those who beta tested it can 40% off on GOG, though, which would bring it down to about $5.99.

If you’re curious about how The Witcher plays in board-game form, there’s a nice big video detailing exactly that over here. We might take a more in-depth look at this over the coming days, but as ever, it depends on time. No promises!

World of Warcraft gets a roasting on the BBC’s Watchdog