As you might know by now, The Wonderful 101 is on the comeback trail. Last month, PlatinumGames brought the Wii U game back with a Remastered campaign in the hopes of introducing it to a new audience. That campaign has raised over $1.75 million so far. On May 19, Steam owners will be able to see what this superhero adventure is all about. In the meantime, we hit up PlatinumGames at PAX East to see what was in store. (And, yes, director Hideki Kamiya blocked us following the demo.)

In the game, you don’t just control one hero. Instead, you control a group. As you go along in The Wonderful 101‘s isometric world, you actually have the ability to recruit more help from the people that you save. Surround them with a quick flick of the right analog stick, and you can have them join the ranks. You’ll also recruit new heroes to join the team, including a specialist in…beer? Oh, yeah, this is a PlatinumGames effort, keep in mind.

The right analog stick actually serves more of a purpose when it comes to forming weapons within The Wonderful 101. For instance, there are times you’ll create a flaming fist, which can deliver significant damage to enemies. Not only that, but it assists when it comes to solving puzzles. For example, we came across a garage with some numbers on the door – 2-3-5. We actually had to transform the large hand and turn some cranks on the side until their numbers matched up with the door’s. Only then could we continue through.

There’s also the ability to create a sword, simply by making the shape with your heroes. Once formed, it has devastating range and ability, even though it’s slower than using the fist. But this is especially helpful when it comes to taking on bosses or cutting a downed helicopter out of your path.

It’s true, the Wii U version of The Wonderful 101 was easier to play since you had the touchscreen to draw shapes with. But as we continued with our demo of the game, using the right analog stick became easier. And soon enough, it became second nature when it came to steering their heroes to their destiny. 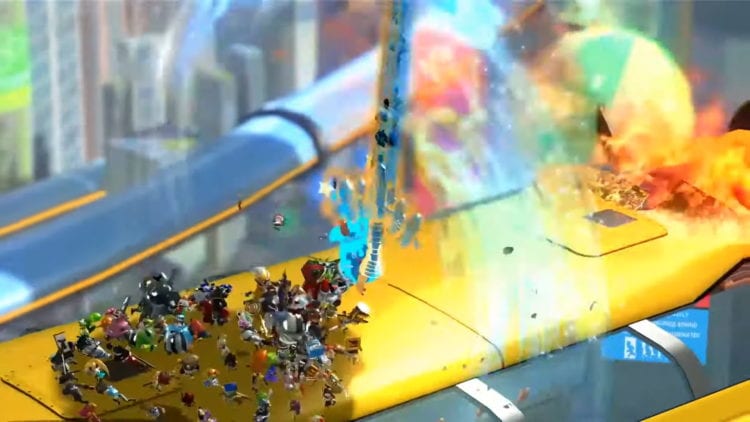 Gotta “wonder” how so many people fit in this bathroom

Along the way, you’ll actually guide some of your superhero squad to certain areas. This includes a wonder toilet, which you open up to acquire new abilities. It’s a bit on the weird side watching 20 or so people pile into a toilet, but, hey, it’s so ridiculous it actually works.

As for the areas themselves, they’re just as quaint-looking as the original Wii U version. Of course, being a Remastered game, there are visual touch-ups, particularly on the enemies and some of the heroes you control. It does look close to the original, but the pick-up in speed is excellent.

The game still has a little bit of development time to go before it arrives on May 19. However, if you love PlatinumGames madness, then The Wonderful 101: Remastered is sure to be a hit. You can check it out its official game page and prepare yourself for heroes – and wonder toilets – with the teaser above. 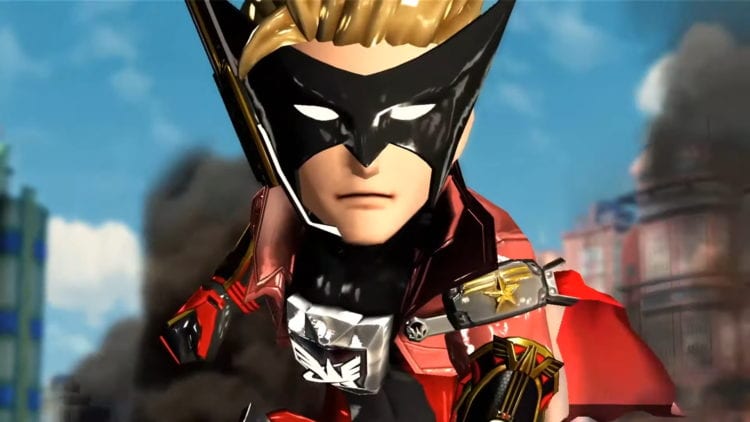