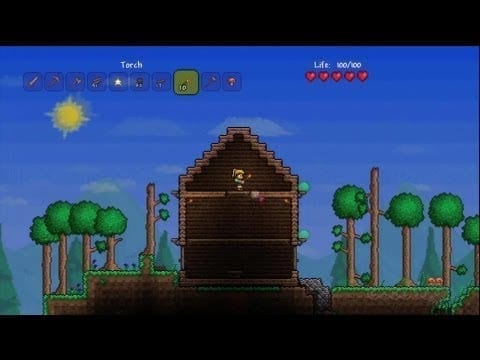 Here’s a new feature on the site: an aggregation of the latest news and games coming from the world of indie games. It was always my intention to put a big focus on indie games in Gaming Enthusiast but the exhausting amount of work that went into covering the main console and PC industry left us all without any time to focus on news and games from the indies. This feature will be an attempt to make that a bit easier. Instead of putting all our efforts into each news post, we’ll gather excerpts about the most exciting things happening in the indie world and post it in one news article. Hopefully, we’ll manage to do this one every week or two.

– Famous casual gaming website, JayIsGames, held the 10th Casual Gameplay Design Competition, with the theme of Escape. The theme could be interpreted in any way the developer wanted, from escape-the-room gameplay to video games as escapism. You can view the 13 finalists and the award winners here. I would recommend checking out second-place winner, This Is Not An Escape, just for the unique presentation which uses Youtube to create a game that revolves around videos.

– I’m always fascinated by the Ludum Dare games. They’re only given 48 hours to make a game, but that’s not what impresses me. If anything, I’d rather see these games more fleshed out. Rather, what excites me about them is the amount of innovation in these games. I wouldn’t say the games of LD24 were more innovative than the batch in LD23, but they still had a lot of great ideas and fun gameplay. The winners are always broken down into many different categories such as Innovation, Fun, Theme, Humor, Graphics, Audio, and Mood. If you’re only going to look at one game, check out the overall winner, which has a great premise. Basically, it’s like Zelda but it evolves through the evolution of gaming itself, starting at monochromatic visuals and working its way up to great graphics. Check out the winners of Ludum Dar 24 over here.

– Nitrome games have a certain appeal to them and they have been getting better and better lately. Their latest game, Turnmanent, is cute and fun. It’s a very minimalist dungeon game that uses practically the same amount of pixels as an icon. Check it out for a short but sweet, turn-based, dungeon romp.

It took eight years to develop Teletrooper. The developers were real “troopers” making sure it was finally released. All along, the inspiration has been to make a top down 2D Star-Fox game. If that sounds enough to get you excited, check out Teletrooper here.

What do you get when you make a bullet-hell shmup with the sprites from Final Fantasy IV? Why, you’d get the new fan-game FFIV Smiles: Cecil and Kain, of course. You’ll watch Cecil’s transformation into a Paladin throughout the levels of the game. Check it out at YoYo Games.

Think Journey, but now you can leave personal messages for any other gamer to find strewn about in the game world. Messages can be down-voted so only the best messages will be shown to everyone. Check out Tim Garbos’ “collaborative storytelling experiment in an abstract 3D world”, Hello World.

Other Games to Check out This Week

Dwarf-tossing confirmed in Lego Lord of the Rings [Video]