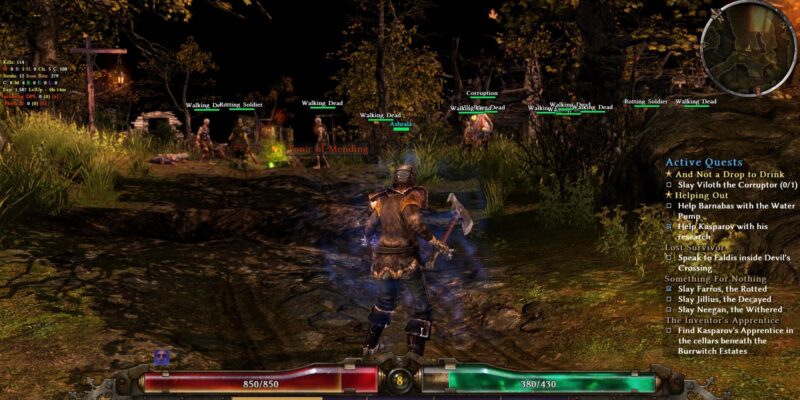 As the new year approaches, a lot of us have a bit of extra time. Obviously, one of the best ways to fill these available hours is to play games. I’m not biased. You’re a on a video game website. What did you think I was gonna talk about? Flag football?

Here are two RPGs that have been around for quite some time but either have some noteworthy new content or are available to a whole new audience starting this week. Regardless, both RPGs are a great way to spend countless Holiday hours questing, exploring, and working on character builds.

Grim Dawn has been available on PC for almost six years, but received two expansions and a battle gauntlet mode to give players more of that great ARPG to sink their teeth into. This week, the number of people with access to the title gets even larger, as the Definitive Edition of the game launched on Xbox. This version comes complete with all of the game’s DLC, so a lot of people are going to be experiencing the game for the first time. Grim Dawn is an ARPG in the mold of Diablo, but with some very major differences. The game kicks off when your protagonist, who’s been possessed by an invading incorporeal creature called an Aetherial, is about to be hanged for their crimes. But then the Aetherial runs, leaving them with amnesia.

What follows lets the player loose on the game’s large map. Unlike Diablo, absolutely nothing is procedurally generated. The entire world is persistent, and the player can walk wherever they want, which is reinforced by the way the game handles quests. Most games will give you a big, noticeable quest marker that allows you to easily track quests without the need to really familiarize yourself with the area. Grim Dawn does have some quest markers, sure, but only when you’re close by. If you want to finish that sidequest while you’re hunting down a specific foe, you’ll have to head to the area and search around until you finally spot that quest marker. 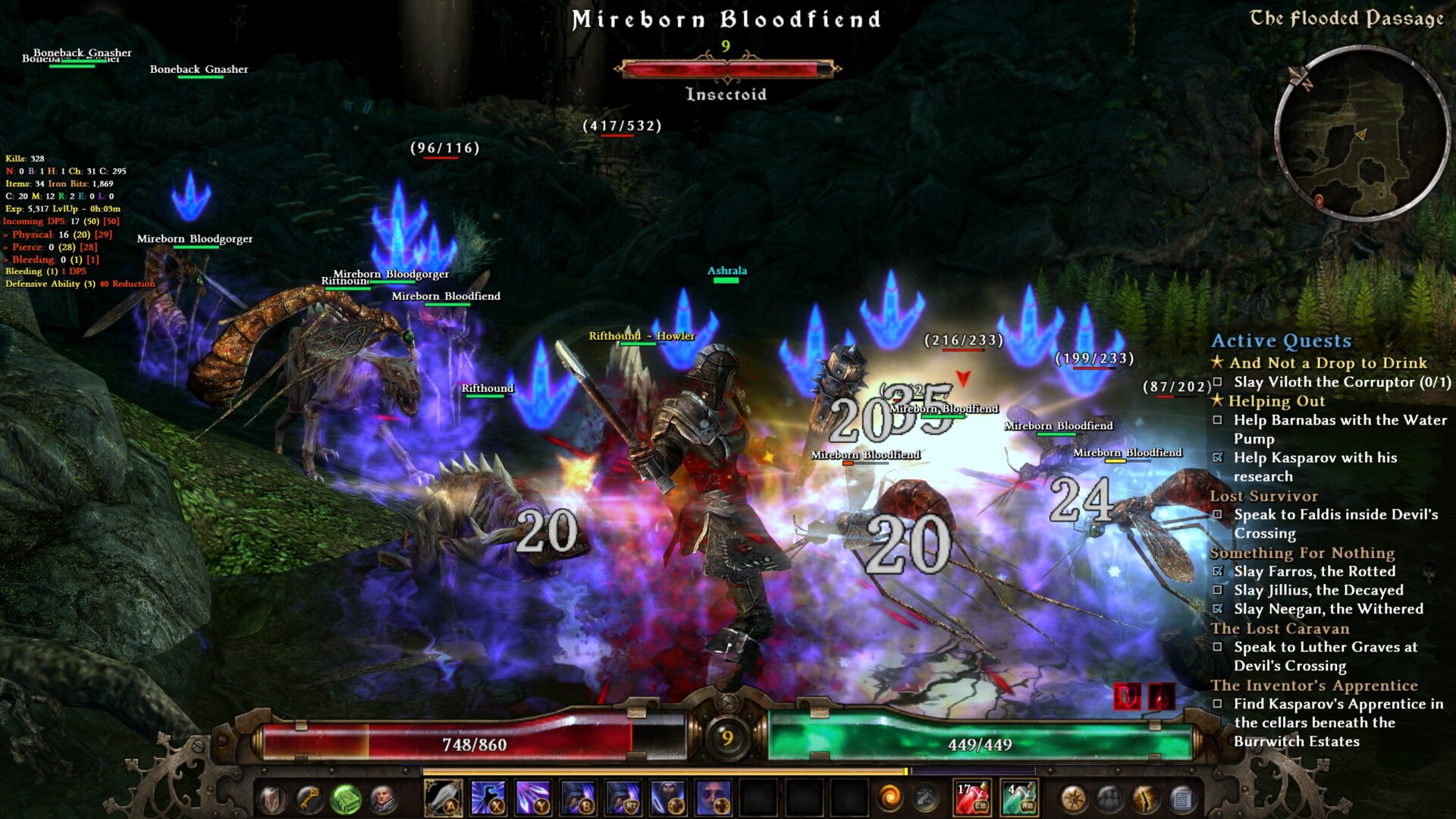 With the content that isn’t story critical, alongside the game’s two expansions, there’s enough here to keep players busy for quite a while. There are also multiple class types to pick from that have wildly different abilities and passives. Plus, one of the expansions lets players use a second class, further widening build potential. Grim Dawn is a truly immersive, engrossing game regardless of what you’re playing it on.

Of course, it has full controller support on PC, so even if you’re playing on that, you have options. Granted, the game was initially designed to be played on a mouse and keyboard. But, as far as I’m concerned, it’s just as good on a controller, save for fewer hotkey options. Plus, the PC version has some great mods, including one that lets you play the game in third-person. It’s great. If you’re looking to spend some serious hours on a RPG this Holiday season, and have somehow passed up Grim Dawn all this time, you can be sure it’s still an extremely worthwhile purchase, whether you’re jumping in on PC or on Xbox. 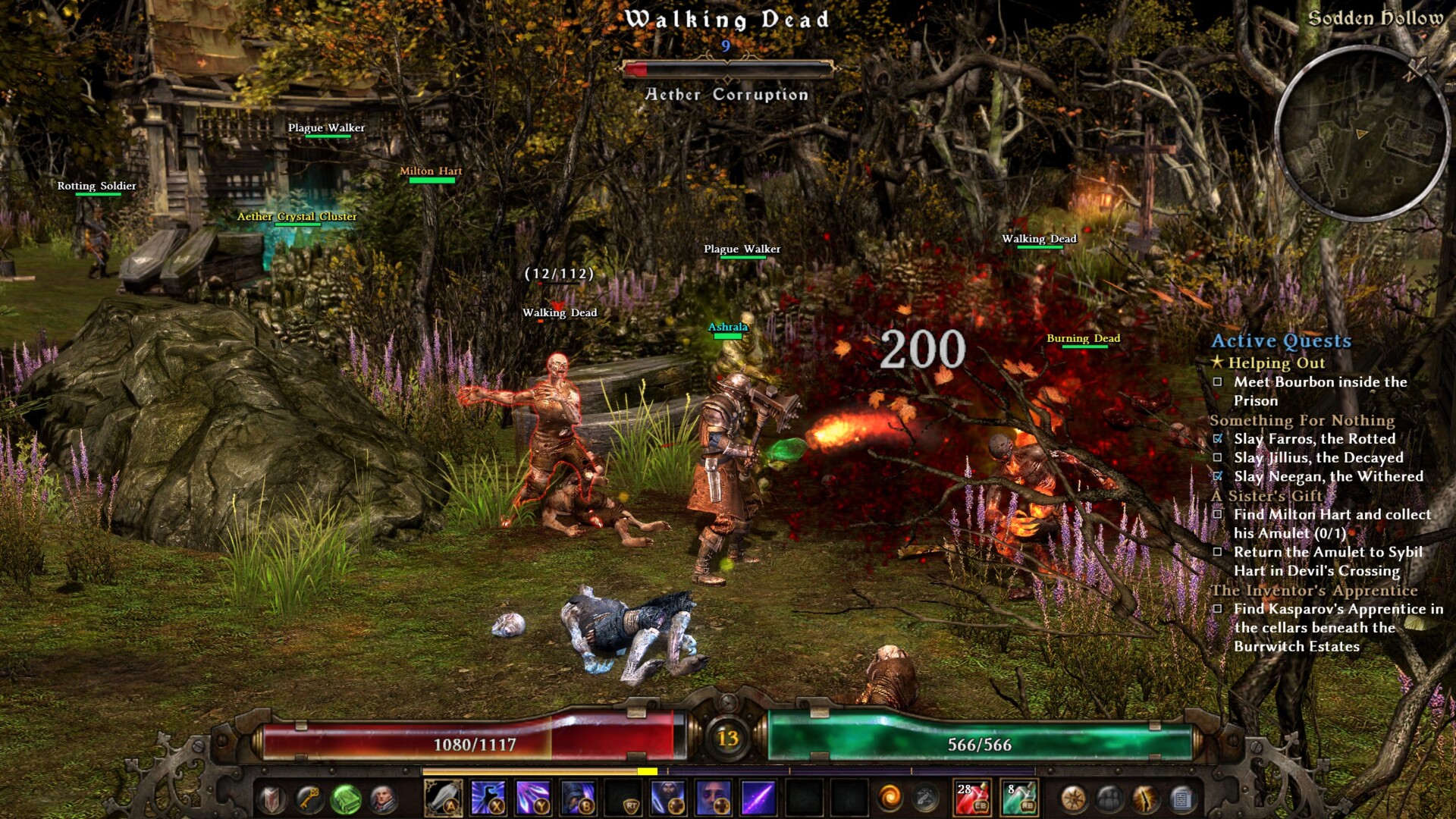 TESO launched all the way back in 2014, almost eight years ago. That hasn’t stopped the expansions from rolling on in, of course. The game recently received its latest expansion, which takes players to Blackwood, with brand new zones, quests, and so much more. On Steam, you can purchase the game, plus all of its previous expansions, with ease. The Elder Scrolls Online is an MMO and, understandably, has hundreds (or thousands) of hours of content for players to lose themselves in. Plus, it can easily be played solo, so even if you’re not one to join guilds or go on raids, there’s still a lot to like.

Personally, it took me way too long to give The Elder Scrolls Online a try. I played Oblivion and Skyrim to death, but I couldn’t imagine that an MMO would be able to capture any of what I loved about the series. Suffice to say, I was surprised when I finally jumped in. It’s definitely not the same, but it couldn’t be, considering the very nature of its existence. That said, it’s as close to the mainline games as it could probably be while still being an MMO, which is quite an impressive feat. 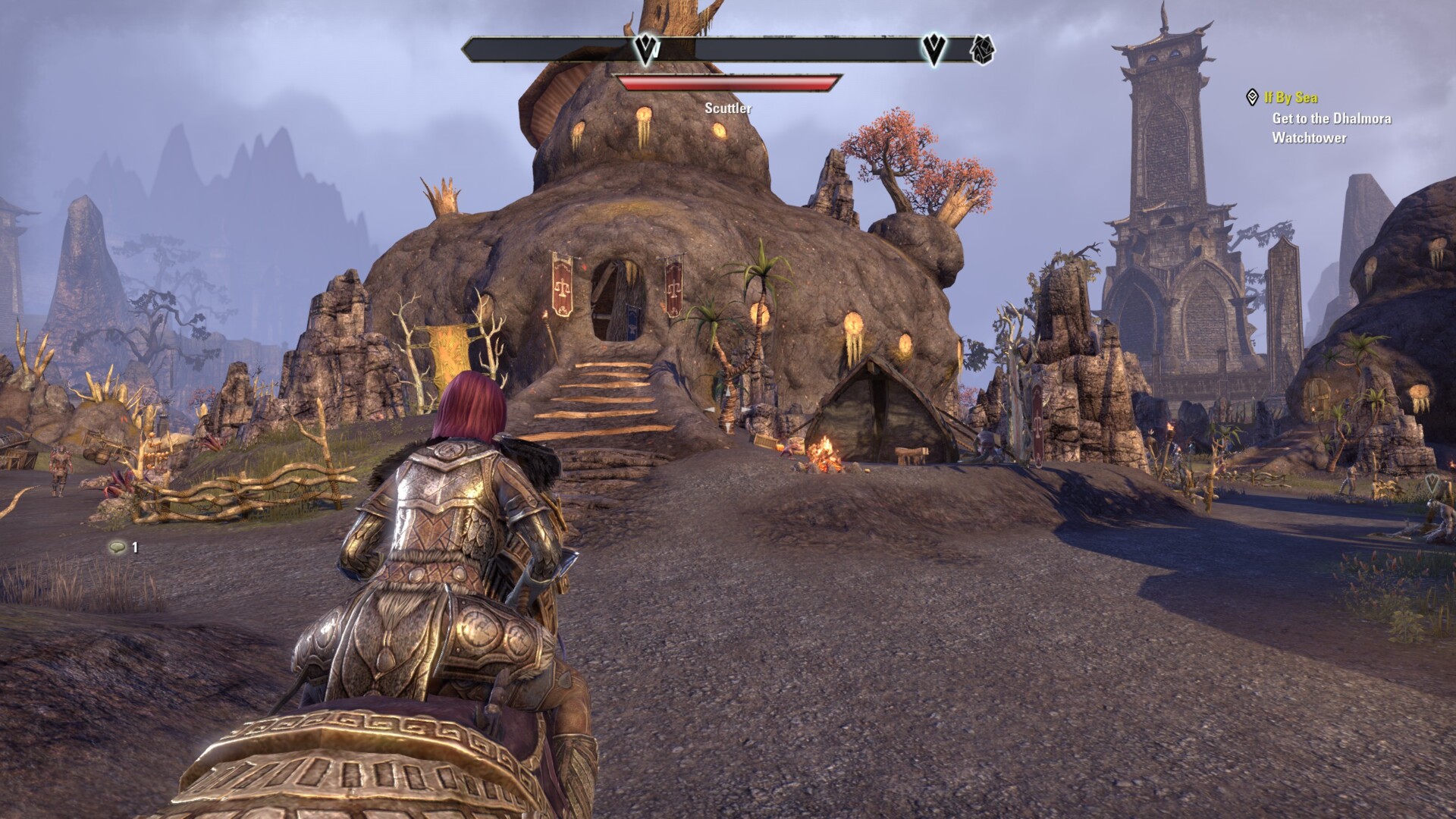 Sure, there isn’t one large, interconnected world to traverse, but the game has a ton of zones now, most of which are geographically so far away from one another that the idea of putting them in an open world sounds fairly insane. Whether you’re staring at the icy peaks of Skyrim, or the towering fungi of Morrowind, there’s so much variety. The quests are also entirely unlike the ones that show up in most MMOs. Instead of a silent quest giver telling you to go kill ten of this and bring back ten of that, it’s handled in a much more Elder Scrolls way.

Almost everything has full voice acting with mouth movements, and it’s drenched in lore and story beats. Granted, there is a lot of “go talk to these three characters and come back to me,” but plenty of quests have similar amounts of narrative depth as the ones in the main games. Whether you’re putting on a disguise to go undercover and infiltrate an enemy, or attempting to help your faction fight off its attackers, there really is a lot more to the questing than I imagined. And the combat, while MMO-ized, is still more Elder Scrolls than it is MMO, as you can swap between first and third person modes, block, sneak and use a whole suite of weapons. It really is a good time to jump into the game if you haven’t already. 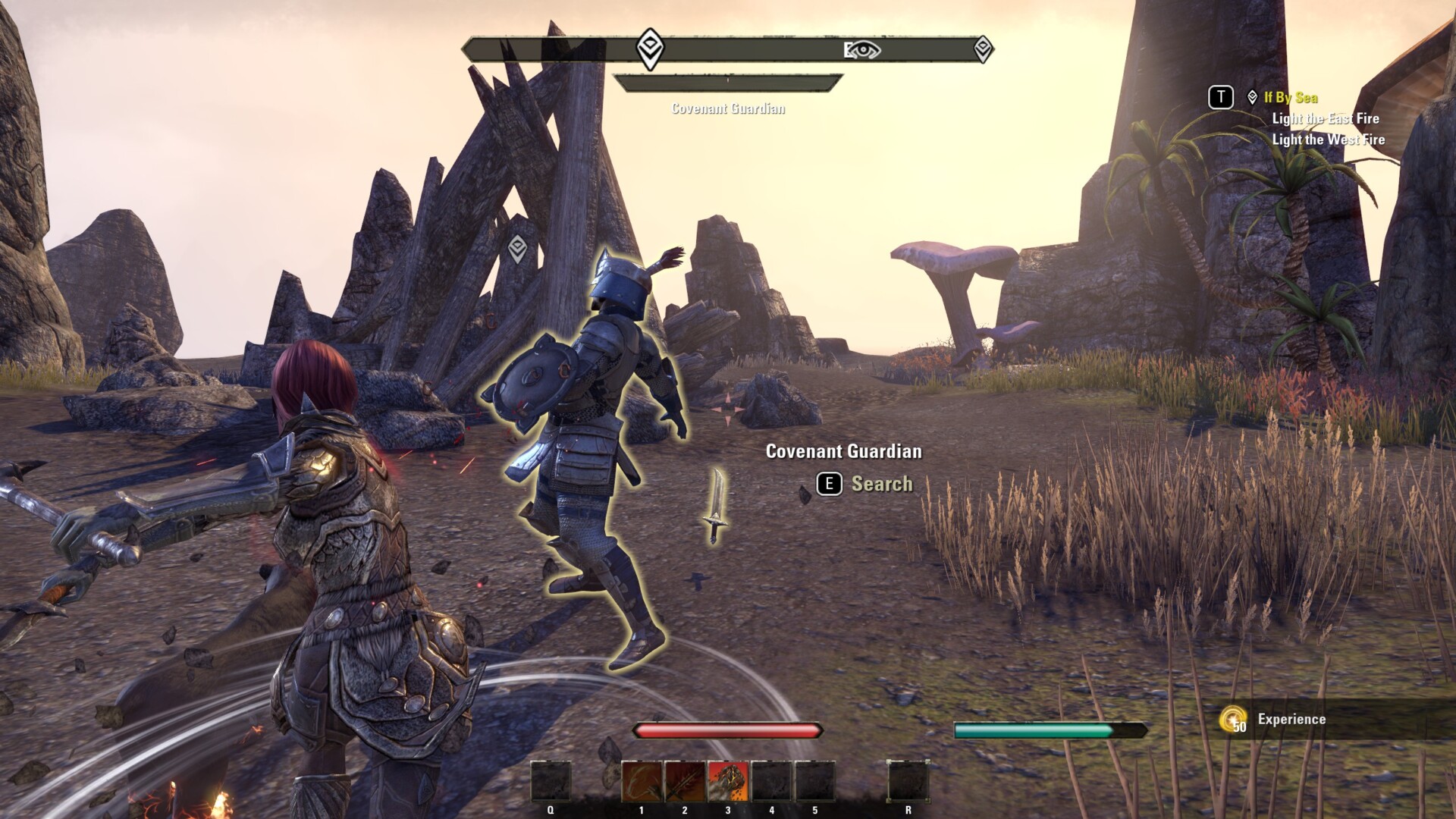 I love me a good RPG and I’m personally going to be playing the two above games an awful lot as the new year approaches. I’m not going to think too hard about my character builds, though. That’s for when I’ve leveled myself into a corner and am regretting my actions, not for when I’m just wandering around and setting things on fire. Happy holidays, everybody!