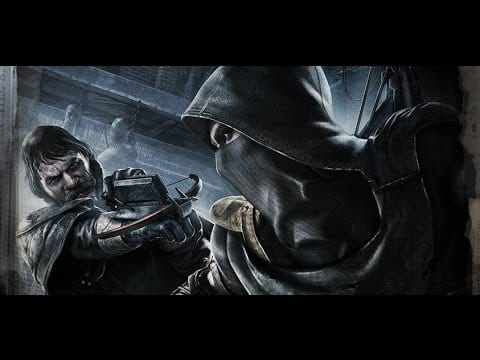 If the Queen of Beggars was Granny Rags from Dishonored, this is clearly Bill Cutting from Gangs of New York.

Oh dear. I sort of wish I’d decided to leave this story for Peter, because I’m getting a little bored of poking fun at Thief.

Square Enix and Eidos Montreal have released the third in Thief‘s stylised Stories from The City videos, detailing the perspectives of some of the game’s major players. This one focuses on the Thief-Taker General, who has truly ridiculous voice acting. It could almost work if it didn’t sound so forced. Let’s hope the delivery is a bit better in the game itself, or at least that the context makes it menacing rather than amusing.

Will Thief be a worthy successor? Will it be “okay, I guess”? Will it be a car crash of cataclysmic proportions? We’ll find out soon: it’s due out in two weeks time, on 25 February.

Dying Light’s Humanity trailer looks at the end of goodness