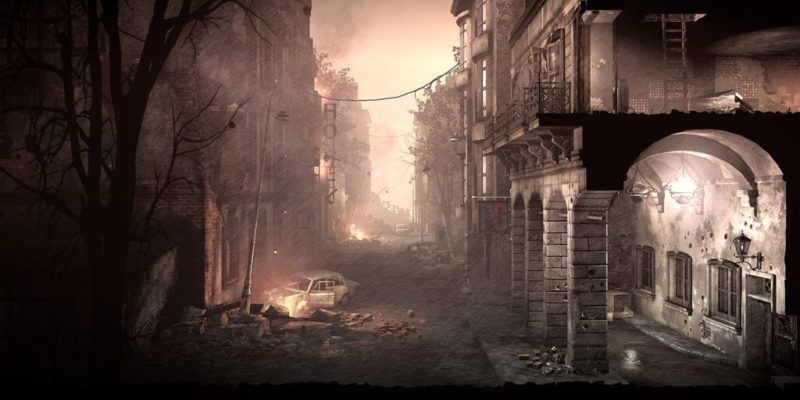 Since its 2014 debut, This War of Mine has been somewhat of a pillar in the indie games community. It’s a tense and deeply emotional experience with a message about the price of war that has resonated with countless players. Five years later and that edge hasn’t dulled at all — This War of Mine finds itself regularly cited as an example of what games can be capable of. To commemorate this milestone, 11 Bit Studios revealed This War of Mine: Final Cut, a free update to reward its faithful player base with new content.

For the next two days, the game will also be 75% off on Steam, GOG, and the Humble Store. Furthermore, interested gamers can snag the game’s complete edition — which includes all the downloadable content — at a 67% discount.

Free updates for everyone!

This War of Mine‘s free update will add a new character to the cast, a new classic scenario, more quests, and more events on locations from the Stories episodes. The maps featured in the Stories episodes will transfer over to the base game free of charge if the player does not own them already. And for those suffering from 2014 nostalgia, Vanilla Mode lets players play the game as it was in its launch year. To access the vanilla version, players will need to opt into the The War of Mine: Original Release 1.0 beta from their Steam library. It’s currently unclear if players can access the vanilla version if they purchased the game on GOG.

For visuals, the update throws a fresh coat of paint on all classic levels with the new remastered versions. 4K UI adjustments, and an overhauled main menu, and 21:9 aspect ratio support will also be available alongside major and minor bug fixes.

Players agree that This War of Mine is a gem that can’t be missed — PC Invasion would be hard-pressed to deny that. There’s no better time to check out the game than now.