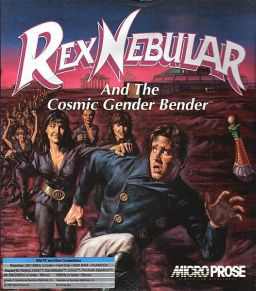 Gogcom has set up a huge sale over the weekend. Big games are on offer for as much as 75 % off, and there’s a separate bundle for games for as low as 90 % off! As noted earlier, Gogcom also boasts the addition of Rex Nebular and the Cosmic Gender Bender to its library. You can check them all out from here.

Dark Souls 2 on Playstation 3 is the big new release this week. On PSPlus IGC is Lone Survivor. Activision is relentless in keeping Call of Duty sales going, and Sony is starting a new $ 10 store credit program. Learn about the program here and check out Sony’s other deals here.

On sale on 3DS are SteamWorld Dig, and the Zen Studios pinball games Zen Pinball 3D, Marvel Pinball 3D, and Star Wars Pinball. New are Super Mario Bros.: The Lost Levels on Wii U, and Yoshi’s New Island and Galaga on 3DS. You can check out the other releases here. Nintendo is also offering a Spring trial of Wii Sports Club for Wii U, details here.

Featured on Desura this weekend are  Reflection of a Fallen Feather and  The Path of the Pumpkin  for Windows and Rehearsals and Returns and Grasp for Windows, Mac and Linux.

Humble Weekly features Sega games for the weekend. The intial batch includes Rome: Total War and Hell Yeah! Wrath of the Dead Rabbit. Pay more than $ 5.99 for Typing of The Dead: Overkill and others, and pay more than $ 14.99 to get Total War: Shogun 2. Check out the whole deal here. They also have a Humble Mobile Bundle 4 going on its last three days here.

Specials are running for GTA 3, GTA 4, GTA Vice City, GTA San Andreas , Episodes from Liberty City. Oh, did you want to play something else? Counter Strike: Global Offensive has a little over a day left. Check out all the specials available here.