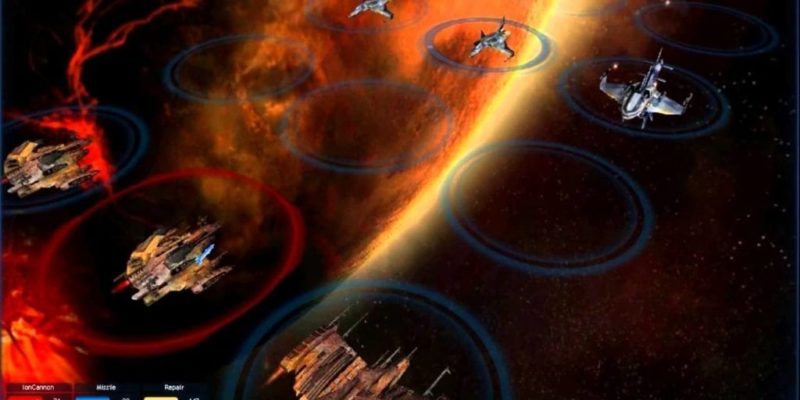 This weekend, get Spaceforce Constellations for 60 % off, from $ 9.99 down to $ 3.99. Daily Royale is offering DRM-free Windows, Desura and Steam keys. Offer lasts in the next three days, or when keys run out (362 as of this writing).

But what is Spaceforce Constellations, you may ask? It is a space themed action strategy from Dreamatrix. Scour space for resources and conquer the galaxy!

Check out Spaceforce Constellations’ trailer below.

New games include South Park: The Stick of Truth for Playstation 3 and Hatsune Miku: Project DIVA f for Vita. IGC includes Dead Nation: Apocalypse Edition for PS4 and Tomb Raider for PS3. Sales are up for Need for Speed, Hitman, and Just Cause 2.

XBL offers Call Of Duty sales for Xbox One and Xbox 360. Other 360 titles on sale include Assassin’s Creed IV, Scott Pilgrim Vs The World, and Castlevania Lords of Shadow: Mirror of Fate. You can see the full list here.

On sale now for $ 4.99 is Runner2 for Wii U. New titles include Blok Drop U, and NES Open Tournament Golf on Wii U, and The Mysterious Cities of Gold: Secret Paths, Adventure Island II, and Vacation Adventures: Park Runner on 3DS.

No real theme for this week, but GOGcom is offering what they are calling a March Gaming Medley, with titles going as low as 70 % off. Games offered include Stronghold HD, Evil Genius, and Sniper Elite: Berlin 1945, etc.

This week’s picks are  An Apparently Normal Room,  Pest Control From Outer Space, and  Ninja Torappu for Windows, and  The Way of Life for Windows, Mac and Linux.

Humble is offering Popcap games this week. If you want them but still don’t have them, get Peggle Deluxe, Bejeweled 3, and Bookworm Deluxe among others, and add $ 6 to get Plants Vs Zombies GOTY Edition, Peggle Nights, and Zuma’s Revenge.

Steam is on a major sale this weekend, so I won’t cover everything. Highlight goes to Assetto Corsa, on Early Access, now at 33 % off. Sales are up for games of all types, including Chuzzle, Alice: Madness Returns, Need For Speed: Hot Pursuit, and Battlefield: Bad Company 2. You can go through Steam’s page to find a game you’d like here.

Image is from Spaceforce Constellations.

Ni No Kuni has shipped over 1 million units