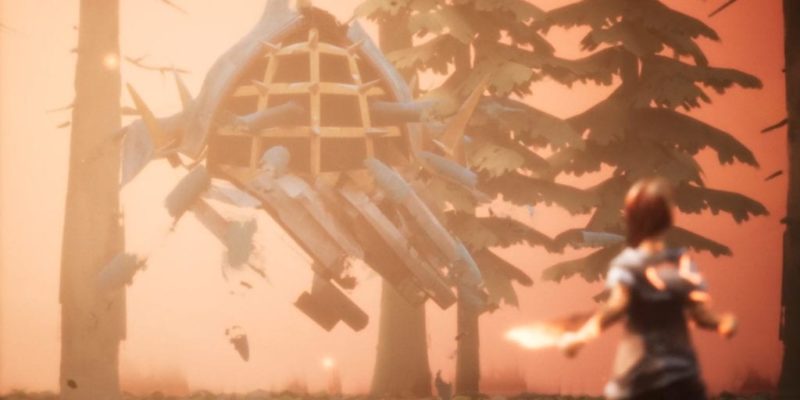 Anyone who played games from the original PlayStation on PC – like Rainbow: Six, Tomb Raider, or Legacy of Kain: Soul Reaver – likely experienced a graphically superior version of each of those games. With that said, there are still some who are passionate about the graphics from Sony’s mid-to-late 90s console, and Dreamscaper attempts to capture the feel of games from that time. Because the PlayStation used triangle pixels instead of square ones, it’s tough to replicate that uneven and wobbly pixelated look that the console has become known for. Dreamscaper does a decent job at this, and everything from its story to its graphics is a throwback to that time period.

While the Dreamscaper demo looks admittedly better than it would have on the original PlayStation, it still achieves a dark and gritty tone. But there’s more to this game than its graphical style.

Read on to learn about Dreamscaper, as well as three other PC game demos we tested this week. 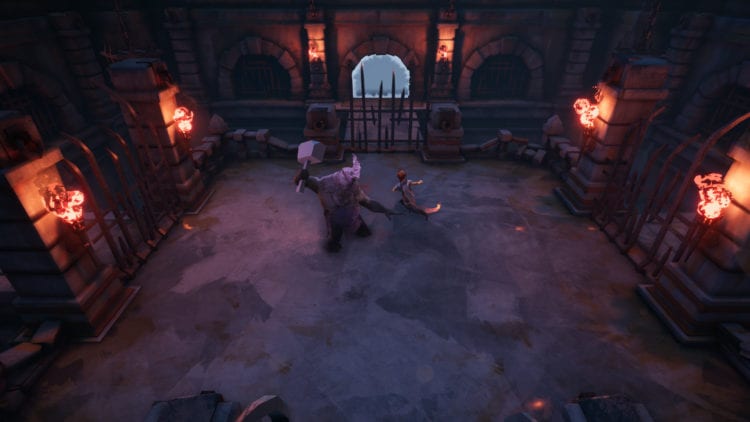 The demo for Dreamscaper starts as a dungeon crawler and quickly turns into a meta-narrative, where the player is placed inside of the dreams of the main character. During the tutorial, you’ll experience all the standard action-RPG elements, like sword fighting, dodging, and spell-casting. But soon, instead of exploring the dungeon, you’ll find all of your sword-fighting abilities and magical powers have followed you into your dreams. Now, you’re exploring your neighborhood streets – only this time, all of the enemies from the dungeon have followed you there as well.

Dreamscaper takes the idea that your favorite game will infiltrate your mind and runs with it. The battles don’t end when you turn off the game. The enemies, spells, weapons, and skills stay with you even when you’re not playing. It’s something any gamer can relate to.

The soundtrack is also notable. It’s atmospheric in a way that roots the player in the dream. Other notable elements are the fast travel mechanic. The map takes place on a grid-to-grid format, and any area you have explored is open to fast travel simply by clicking that grid on the map. Dreamscaper also features puzzle solving, skills and upgrades, and plenty of mean bosses to keep you occupied.

Recommendation: For those looking for a throwback to 90s action/adventure games, but with an RPG twist. 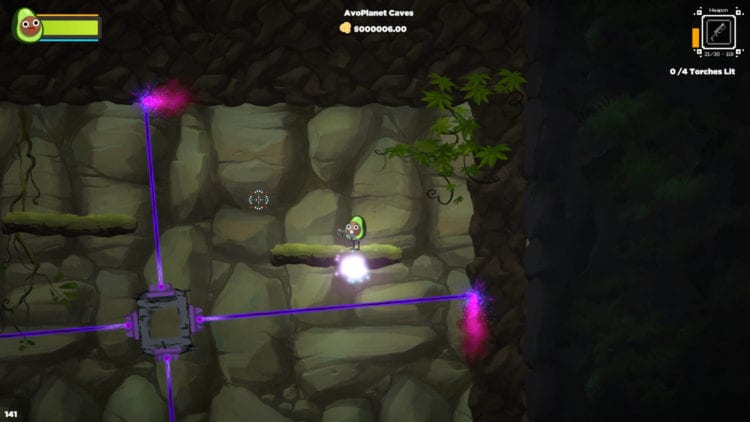 I had a moment while browsing through recent Steam demos. I wasn’t going to pass the opportunity to play a game called AvoCuddle.

Here, we control an anthropomorphic avocado whose life is filled with love. Sadly, he decides that his love-interest has sufficiently crowded his personal space. He needs time away from her. What happens then? The only logical thing possible: she gets picked up by an alien-saucer.

Despite the absurdity mentioned above, and ignoring the fact that AvoCuddle is too heavily sappy in the way it presents the idea that “love always wins,” there is actually an addicting platformer hidden beneath the layers. The graphics also have a distinct and sharp hand-drawn look. The background music is mesmerizing, showing that the atmosphere in AvoCuddle is thoroughly well-designed.

Do I think there is a lot of potential in a game where you control an avocado with human qualities who wields an assault rifle and explores his way around a mystical world in order to reclaim his love? Yes. I just also think that the game is too heavy-handed at times. It doesn’t require any further sense of humor. Since the player is already controlling an avocado, the core features of the game shine through as a funny and ridiculous take on platforming games. Any extra humor is simply unnecessary. 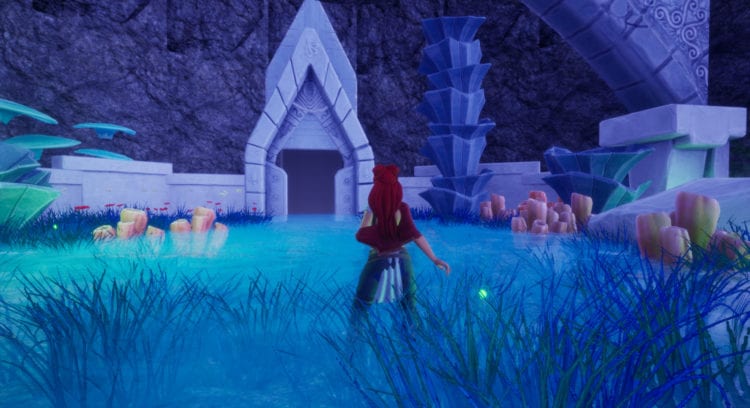 At its best, Pandora is lighthearted, unique, and captivating, and the world is a joy to explore. At its worst, Pandora’s demo is clearly unfinished, and the story requires a lot of polish. But let’s start with the good.

The eponymous Pandora is our fantastical, red-haired protagonist. In this action RPG, you follow her through a colorful 3D world where insects and creatures attack the members of a nearby village. The standout feature is her umbrella, which is an all-around gadget. She wields it like a sword to attack enemies, and she opens it for use as a shield. She even uses it as a parachute, allowing her to descend from great heights at a slower pace. Something about using an umbrella-like a weapon was just foolishly entertaining. I’d like to think that this is how Mary Poppins would enter combat.

At the start of the demo, you must protect the village. The NPCs, however, just stand around while they are attacked. This is one of the clearest indications that the demo is still under development. More importantly, the dialogue segments between Pandora and the NPCs could use some polish. What should only serve to ground the player in the world actually does the opposite. Mainly, the dialogue lacks the conversational tone that players will expect from a decent role-playing game.

Recommendation: Not recommended in its current state. With continued polish, though, Pandora could really be something. 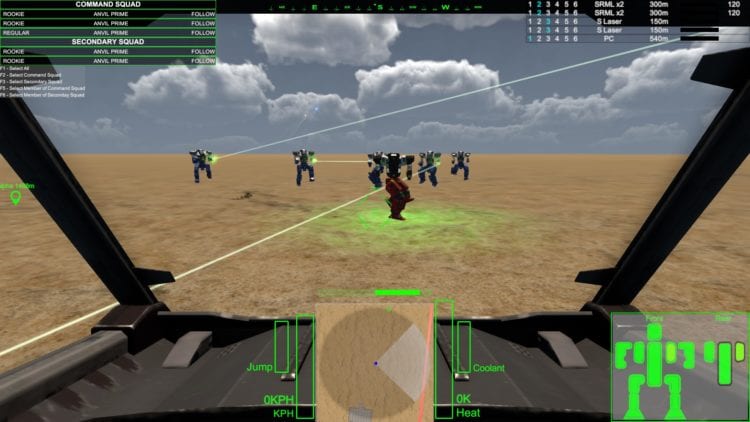 Everything about Mech Merc Company appeals to me. It’s a sci-fi simulator with mechs. On top of that, the core game involves recruiting mechs controlled by the computer to assist you in battle. Then, in completing battles, you’ll salvage parts from downed mechs to sell and earn cash. It’s a business-management game mixed with a mech simulator and topped off with first- or third-person shooting combat.

The problem is in the controls, which are in serious need of reworking. Mainly, there is no strafing. It seems to me that the best way to dodge incoming missiles would be to strafe left and right.

Most importantly, though, is that the mechs take too long to be destroyed. Just to test this out, I loaded up a match where I recruited seven mechs to take down one enemy. This process took upwards of two or three minutes. A group of mechs against one shouldn’t take nearly that long to destroy a single enemy. Now, imagine trying to take out one of these beasts one-on-one. It takes a while.

Recommendation: Try the demo to recruit a bunch of mech pilots, and watch them engage in battle just for kicks. Just expect some frustration with the controls. 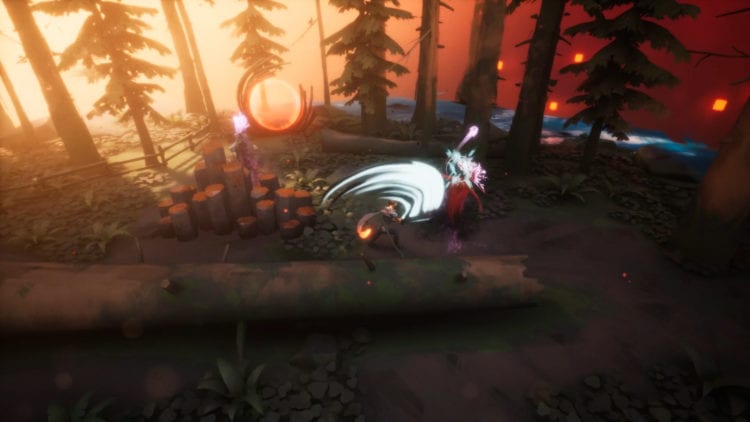 In playing through the dungeons on Dreamscaper, I was reminded of a game called Ehrgeiz, which was a 3D fighting game that featured a dungeon-crawling mini-game. Having played a number of action-RPGs over the years, it becomes tougher to find ones that stand out among the crowd. The mini-game in Ehrgeiz had a simplicity to it that also made me think of Gauntlet. Dreamscaper fits into this category as well. The combat is relatively simple, but the exploration and skill upgrades are where the game really shines. Not every action-RPG needs to be loaded with content. Sometimes just a single character, a unique world, and a collection of skills and upgrades are all it takes to make an engaging dungeon-crawler.

In this series, we previously discussed the demo for Oninaki. If you’re a developer and would like to have your demo covered in this series, email editor (at) pcinvasion (dot) com.

Control review – Embracing the weirdness of the world