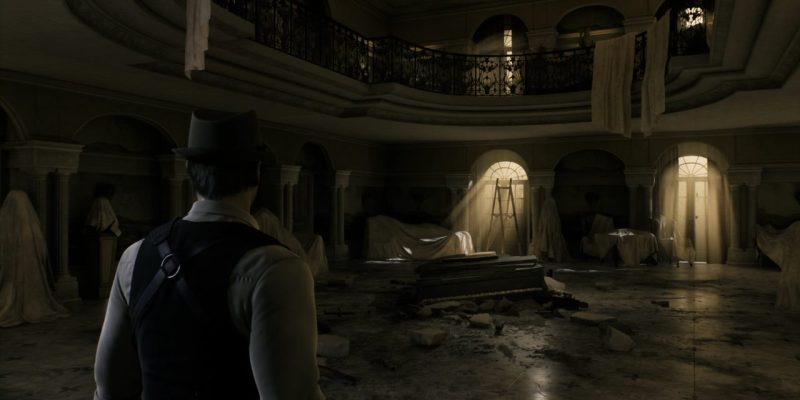 Alone in the Dark… that’s a name I haven’t heard in a long time. And, frankly, for good reason. THQ Nordic picked up the rights for the classic horror IP back in 2018, three years after Alone in the Dark: Illumination ruined the remaining good will the franchise had left. Many were left wondering if the publisher would put the IP to good use. Today, we found out. THQ Nordic announced a reboot of the original Alone in the Dark during its showcase today. And it’ll be out next year.

Alone in the Dark is referred to as one of the progenitors of the survival horror genre in games. The original came out in 1992, combining Lovecraft with H. R. Giger and voodoo. It ranked fairly well on PC, earning high praise from critics and fans alike. But the series faltered since then, its reputation falling with each iteration. Illumination seemed to be the final gasp, existing as a good argument to leave the franchise, well, alone. However, perhaps things may turn around with an Alone in the Dark reboot.

Based on the announcement, the new Alone is pretty akin to the old Alone. You play as either Edward Carnby or Emily Hartwood as they explore a spooky mansion and solve spooky puzzles. Monsters roam free, offering up some combat sequences to break up the exploration and eerie vibe. Based in the 1920s, characters are dressed for the occasion, and travel the in-game world to the tune of jazz music.

Alone, but clearly not forgotten

Though the new Alone in the Dark is a reboot, it also serve as a revamp or “reimagining.” THQ Nordic isn’t merely going for a 1:1 recreation, as it brought in Amnesia and SOMA writer Mikael Hedberg to pen a new story. Even fans of the original are due for some surprises. The gameplay as well discards the janky camera and controls for a third-person perspective reminiscent of Resident Evil 4.

There’s no release date for the game yet, but it is scheduled to creep everyone out on PC soon.