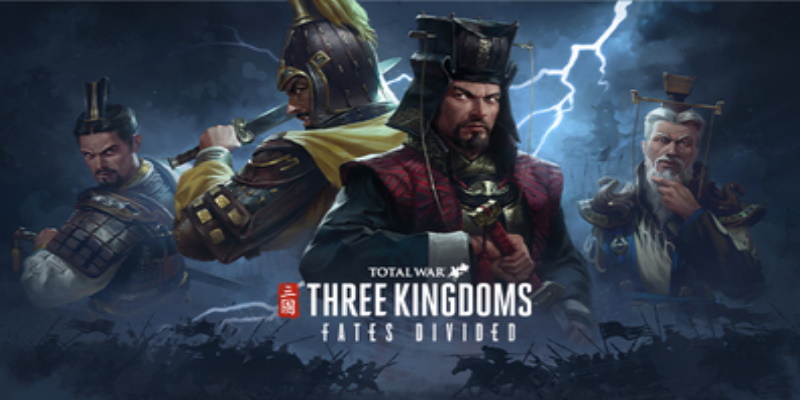 It’s now 200 CE in the Han Empire. With the defeat of Lu Bu, Cao Cao and Yuan Shao vie for control of the north. All the while, warlords like Liu Bei, Sun Ce, and Liu Zhang wait in the wings, poised to strike at any given moment. Here’s our guides and features hub to help you with Total War: Three Kingdoms – Fates Divided, including all the reworks and new additions that are part of a free update.

Note: Please be reminded that these guides are based on Romance Mode playthroughs with very hard (VH/VH) difficulty selected.

General gameplay tips and other articles

Official review – Total War: Three Kingdoms – Fates Divided brings you a new start date, Liu Yan and Liu Zhang, an epic clash between two great rivals, and the Northern Army units. Is it worth your while? Let’s find out in our official review.

Faction Council – Your advisors will play more important roles due to this rework.

Faction Ranks – This rework allows you to fine-tune your progression throughout your campaign.

Imperial Intrigue – Can you influence the Han Dynasty’s ruler and eliminate the enemies of the empire?

Restoring the Han Empire and playing as Emperor Xian/Liu Xie – You’ve often built your own kingdom. But, what if you restored the Han Emperor to the throne so he could lead your faction?

The Northern Army – A standing army of professional soldiers waits for your beck and call.

Cao Cao campaign guide – The Hero of Chaos is back at it again.

Cao Cao’s Schemes and Credibility mechanics – Ol’ Mengde has a lot of new tricks up his sleeve.

How to get Cao Pi and Zhen Ji married – Is this actually possible in-game?

Yuan Shao campaign guide – Can Yuan Shao conquer his rival, or will he be forever known as the Fatuous Lord?

Yuan Shao’s Captain Armory and Lineage mechanics – Recruit your generic captains and upgrade them to be more formidable.

Sun Ce campaign guide  – Isn’t the Little Conqueror supposed to die? Well, not if you can help it.

Liu Bei campaign guide (coming soon) – Lord Benevolence has the people, but will he be lucky enough to grab new lands?