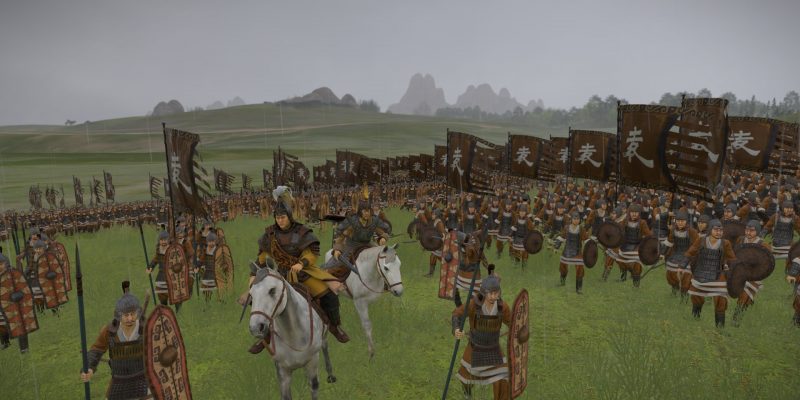 When the going gets tough, the Fatuous Lord gets going. Here’s our guide to help you with Yuan Shao’s unique faction mechanics — Captain Armory and Lineage — part of a free update that coincides with the release of Total War: Three Kingdoms – Fates Divided.

Note: For more information, check out our Total War: Three Kingdoms – Fates Divided guides and features hub. Likewise, please be reminded that this guide is based on Romance Mode playthroughs with VH/VH difficulty selected.

For the sake of clarity, Yuan Shao’s Lineage mechanic has been around well before the Total War: Three Kingdoms – Fates Divided DLC. However, the free update does tweak it a little bit.

Anyway, Lineage points are gained via the following means:

Note: You no longer gain Lineage from having alliances or coalitions. 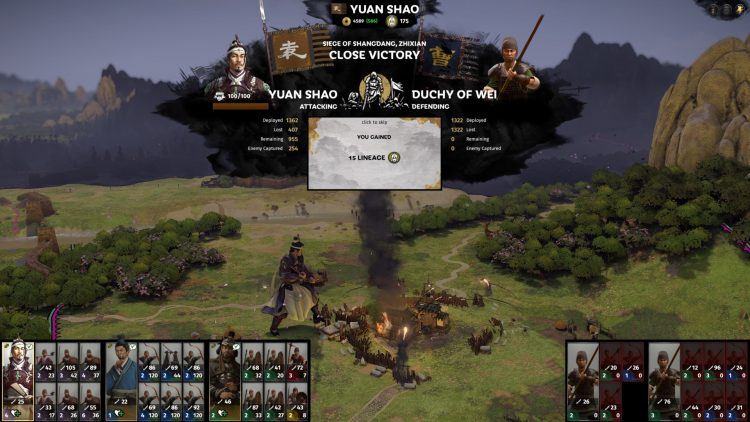 What’s it used for?

Lineage is used in the following actions: 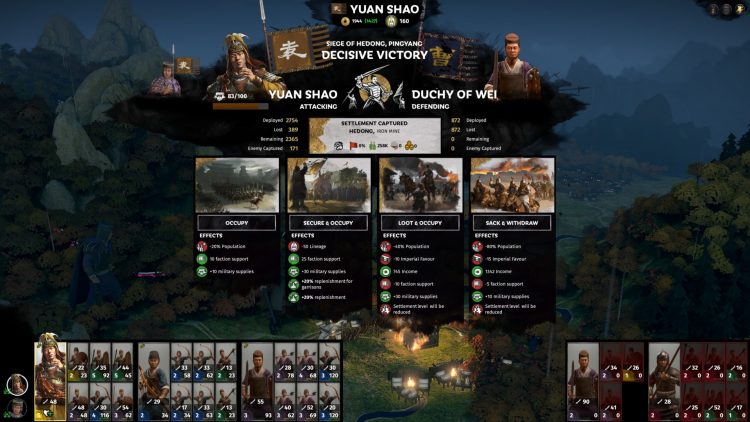 What are captain retinues?

Like Sun Jian, Yuan Shao and his generals are able to recruit captain retinues (Shao doesn’t even need an outpost building just to recruit them). Here are some key differences when you recruit captains and their retinues: 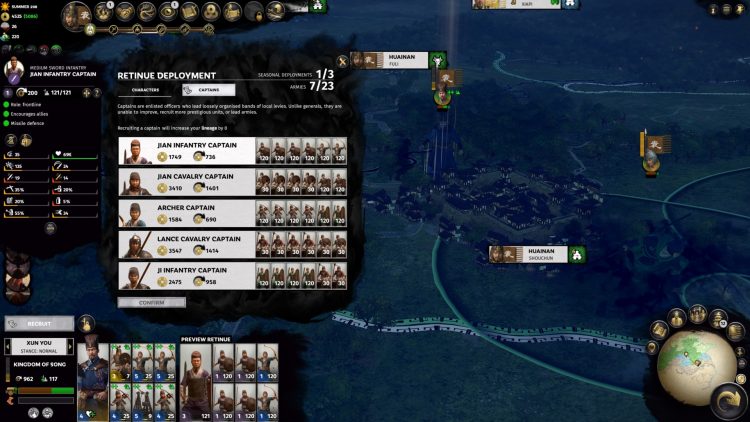 There are five upgrade tiers that require you to be at a particular Lineage value (30/60/100/150/300) just so you could purchase certain perks. Oh, and to be clear, only two of these — “Captain Missions” and “Increase Army Limit” — have faction-wide effects. The remaining upgrades are specific to a captain retinue. 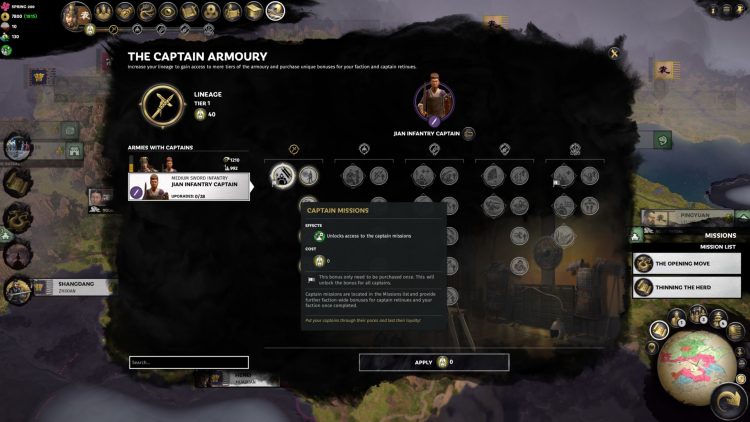 Regarding “Captain Missions,” this should be the first one you unlock the moment you start Yuan Shao’s campaign in Total War: Three Kingdoms. You’ll receive three tasks here that provide increasing faction-wide bonuses. These tend to be quite passive affairs, and you’re likely to complete them as you progress further.

As for the perks/upgrades themselves, try not to overdo it. As mentioned, these captain retinue units are still crap compared to what you can obtain. Plus, given that Yuan Shao has the opportunity to unlock Northern Army units, you don’t really want to get saddled with militia troops once you’re King.

At best, you might use Lineage points on specific retinues that have earned their keep throughout the campaign. For the most part, though, you’ll be using Lineage points for officer recruitment and the “Secure & Occupy” option when capturing settlements.

In any case, now that you know about Yuan Shao’s Lineage and Captain Armory mechanics, it’s time to head straight to his 200 CE campaign in Total War: Three Kingdoms – Fates Divided. 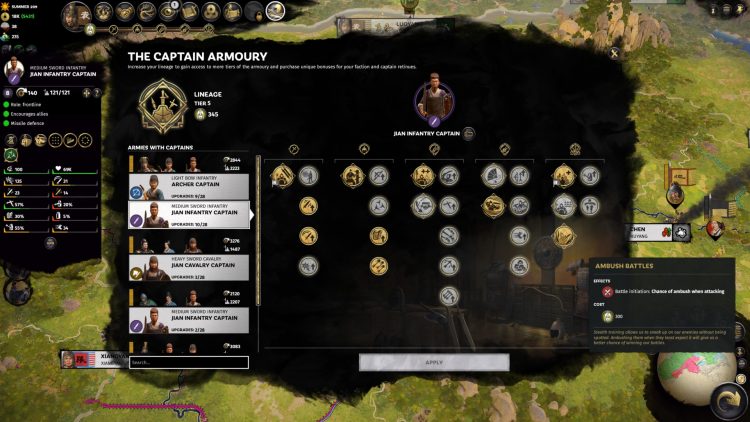