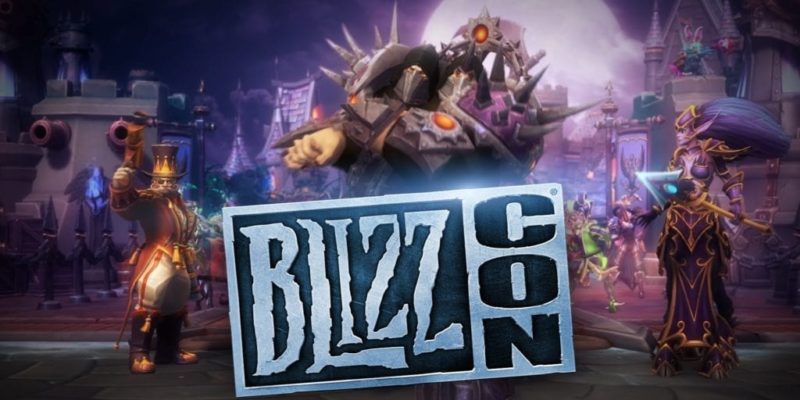 Today at BlizzCon, Blizzard announced three new heroes for its hero brawler, Heroes of the Storm, as well as a new battleground and a new mode.

Most exciting, perhaps, is the hero Cho’Gall from the WarCraft universe. Cho’Gall is a two-headed ogre, and like that ogre, he requires two minds to play. Specifically, he is controlled by two players. While that might sound daunting, the parts each player controls are split, perhaps making him a good pick for newer players. The player who controls Cho, one of the heads, is in charge of movement and basic attacks, while the player who controls Gall goes along for the right and has a suite of magical abilities. Naturally, close teamwork will be essential.

Next up is Greymane, the lycanthropic lord of Gilneas from Warcraft. He’s a melee warrior that can switch at times between his human form and wolf form. While in human form he has a ranged gun attack, and while in wolf form he can leap in and unleash his claws.

Announced as well is Lunara, a centaur dryad and ranged assassin. She throws spears and can jump back and forth over her targets, throwing a spear down at them while she does.

The new battleground is the Towers of Doom, in which the enemy core cannot be attacked directly. Instead, teams must Altars that allow the player’s own bell towers to deal damage to the core. Check out the announcement video below:

Blizzard also announced a new mode for Heroes of the Storm, called Arena. Arena will feature close-quarters best of three matches, where the battlefield and the heroes are ever changing.

Blizzard’s description of the Arena is as follows:

“All who enter the Arenas must select one of three random heroes offered to them before the start of each match. Players will be able to see all the choices available to their teammates and coordinate on these Hero picks,” it said. “Once players enter the Arena, they’ll choose their Heroic Abilities and ride directly into battle to capture Temples or topple Garden Terrors on their quest to destroy the opposing Core. Once a Core has been obliterated to end the round–and each round lasting only a few minutes–all Heroes will be transported to a new Arena, and the next battle will begin.

“The first team to raze two Cores will achieve victory, earning the adoration of the Nexus denizens watching from the stands. With no limit to the number of times a Hero can appear on each team’s roster, every Arena match is all but guaranteed to result in epic brawls unlike any encountered before.”

Check out the announcement trailer below: