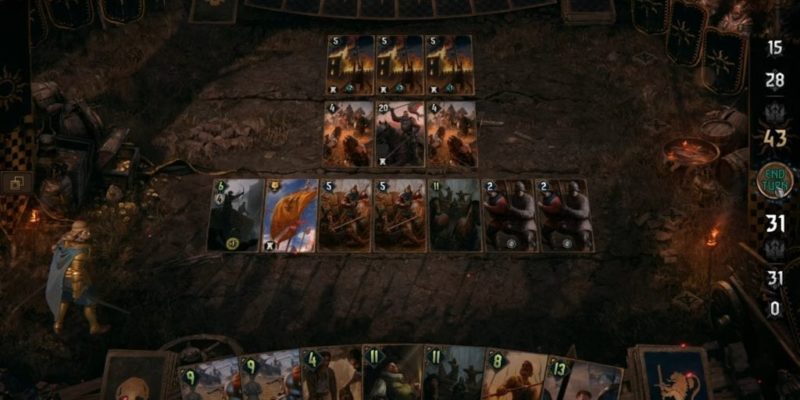 Thronebreaker: The Witcher Tales looks to borrow some of the best elements from The Witcher franchise, all thrown into one package. The latest trailer, bringing 37 minutes of gameplay, sweeps us away with gripping storytelling. And the soundtrack can knock nostalgic fans to their knees. Oh, and there’s Gwent combat, too. That’s fine.

The gameplay video is actually more of a walkthrough than a straight showcase. Paweł Burza, community manager at CD Projekt RED, details than many varying aspects of Thronebreaker. The story unfolds through fully voiced, artistically rendered cutscenes. Now, if you’re a fan of The Witcher’s full 3D back-and-forth conversations, the simplistic animations may not impress. However, there are still dialogue trees, and your choices can change the outcome of the game’s story. 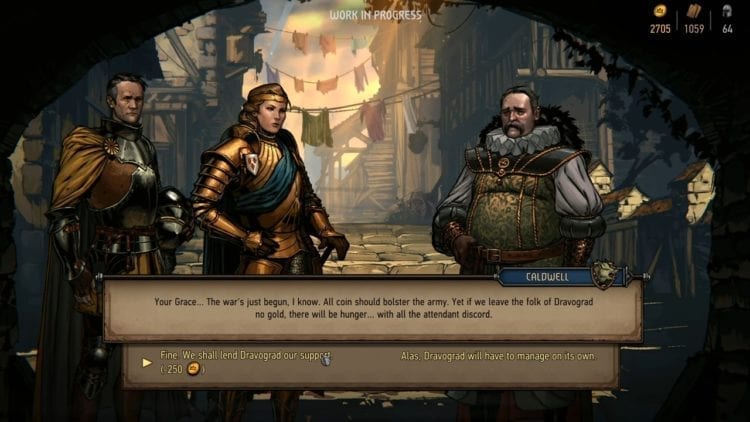 Choices you make impact the story and your progress.

In Thronebreaker, you play as Meve, a queen and seasoned soldier who watches over the realms of Lyria and Rivia. However, this doesn’t mean you will bounce between the two areas throughout the campaign. There’s so much more to the world of The Witcher, and CD Projekt is ready to lift the veil. The game promises to take you to “new and never-before-seen parts of The Witcher world.” You travel throughout the game, exploring towns and solving puzzles.

Occasionally, you’ll have to get your hands dirty. Thronebreaker utilizes a combat system inspired by the Gwent card game that you could play with NPCs in The Witcher 3. And usually not long after they lost their entire family and all their possessions in a freak basilisk attack. I mean, what better time is there?

Check out the full walkthrough below:

Thronebreaker: The Witcher Tales will release for PC on October 23. The game will be available to download via GOG.com. You can pre-order the game (which offers zero advantages) on the official website.

Hitman 2 Ghost Mode Challenges You To Outscore Your Opponent