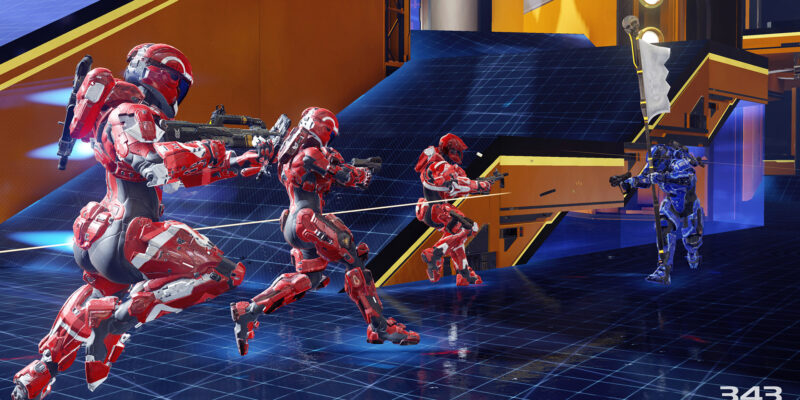 Halo Infinite is a return to form for the franchise. Developer 343 Industries has made it clear that the game takes a lot inspiration from the original series, from the gameplay to the art style. Naturally, that means many of the new mechanics introduced by Halo 5: Guardians will be out. There won’t be anymore ground pounds or shoulder charges in the new Halo (clambering is still a thing, though). However, that doesn’t mean 343 has tossed it all in the bin. During the recent Halo Infinite multiplayer preview, apparently the Thruster from Halo 5 made a brief return as equipment.

The Thruster equipment was spotted by YouTuber Greenskull, who put out a video for it last Friday. In the video, the Thruster was sitting just idly by near a spawn point on the map Bazaar. It even had a little ‘Thruster’ icon floating above it to indicate what it does. Like the Grappleshot and Overshield, the Thruster is usable equipment. You get two charges with it before it’s gone.

Another YouTuber, Shyway, offered a breakdown of Greenskull’s video on how the Thruster equipment works in Halo Infinite. In his video, it’s plain to see that the Thrust has been changed slightly from Halo 5. It still boosts Spartans forward and back, or left and right. Using it in the air, though, jets you in a direction, keeping your altitude for as long as the thrust lasts (sometimes?). At current, the Thruster equipment in Halo Infinite acts as a way to juke enemies or as an “oh shit” button. There are some questions, though, as posed by Shyway. We don’t see if it can work in conjunction with the slide, which was a technique used by a lot of Halo 5 players. Like other equipment in the game, those who have it in their possession will apparently leave a trail (yellowish green in this instance). 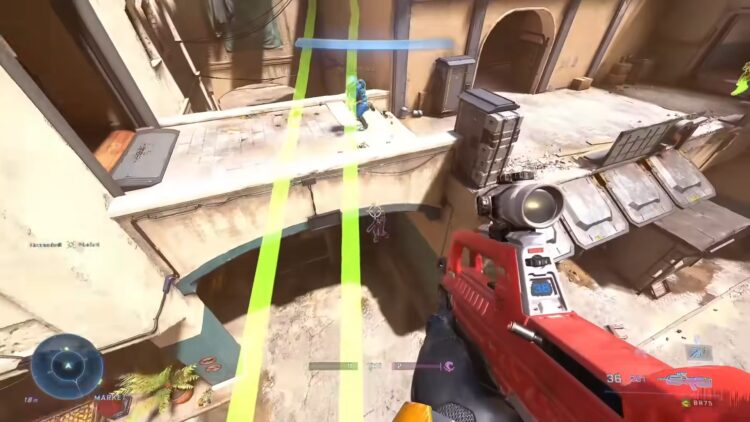 Source: YouTuber Greenskull. The trails left behind by those with the Thruster equipment.

Thruster is back, mostly

I wasn’t fortunate enough to run across the Thruster equipment in my time during the recent Halo Infinite preview. Shyway muses that it might have been randomly spawned in some select games. Was it an error? Or was 343 offering some players a taste of what’s to come when the game launches? We can’t say for sure at this point, but the Thruster is looking pretty fun in the short videos above. Greenskull’s video also showcases some extra weapons, such as the Sentinel Beam, Cindershot, and Disruptor.

Beyond that, 343 has addressed some concerns surrounding the game. We have our own thoughts. But recently, it was pointed out by esports commentator Alex ‘Goldenboy’ Mendez that shooting can feel off in the preview. He noted that the bullets from the sniper rifle would hit the player, but it would count as a miss. And I’m sure that’s why I don’t land my shots. Yes, it’s the game’s fault, not mine. The community manager for 343, John Junyszek, responded by saying many of the problems in the preview have already been fixed, and that the team will provide a “first-class experience” for PC players. We shall see when the game launches on December 8.