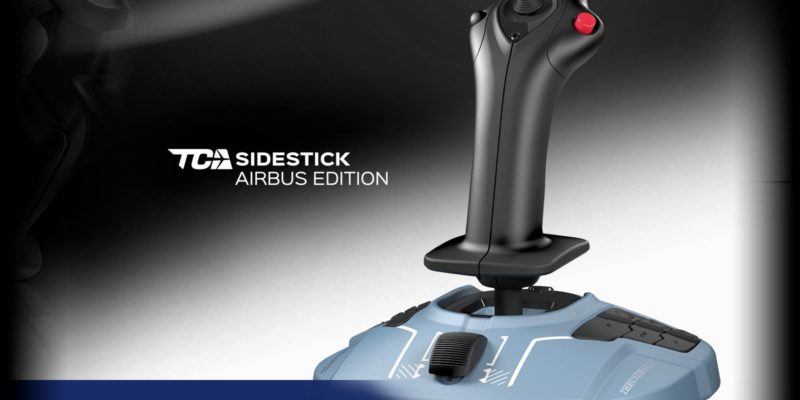 As with any controller or peripheral, two things immediately come to mind: how it works, and what the quality is like. While most gamers have it easy when finding a controller that works for them, flight enthusiasts aren’t so lucky. Unless you want to shell out the big bucks, you are often left using a standard controller or a mouse and keyboard to fly through the skies. However, Thrustmaster aims at giving you a great flight experience at a consumer-friendly price with the TCA Sidestick Airbus Edition.

As the latest in the company’s long lineup of flight sticks, the TCA Sidestick is built to resemble that of an actual Airbus A320 sidestick. Hence the “Airbus Edition’ portion of the name. The device’s plastic build does lead to a sense of fragility. However, it feels a lot more durable than one would expect from a product like this. That’s especially true when you take into account the $70 USD price tag.

Flexible for all occasions

Despite it being just one piece of hardware, the Thrustmaster TCA Sidestack packs a punch with ability. The Windows-only controller features 17 total programmable buttons along with the stick itself and a throttle control.

When using it with Microsoft Flight Simulator, I quickly found how much my experience was improved. Being able to have all of the most important controls mapped directly to the onboard keypad made everything just feel smooth.

The TCA Sidestick allows for three directions of movement. There’s the typical X and Y axes that all joysticks have, but there’s an optional twist motion that can be locked and unlocked with the push of a button. In Flight Simulator, I found that twist mechanic to be more helpful than anything else when in the cockpit of a plane. It helps remove the need of pedals, should you not have the means or desire to buy them. 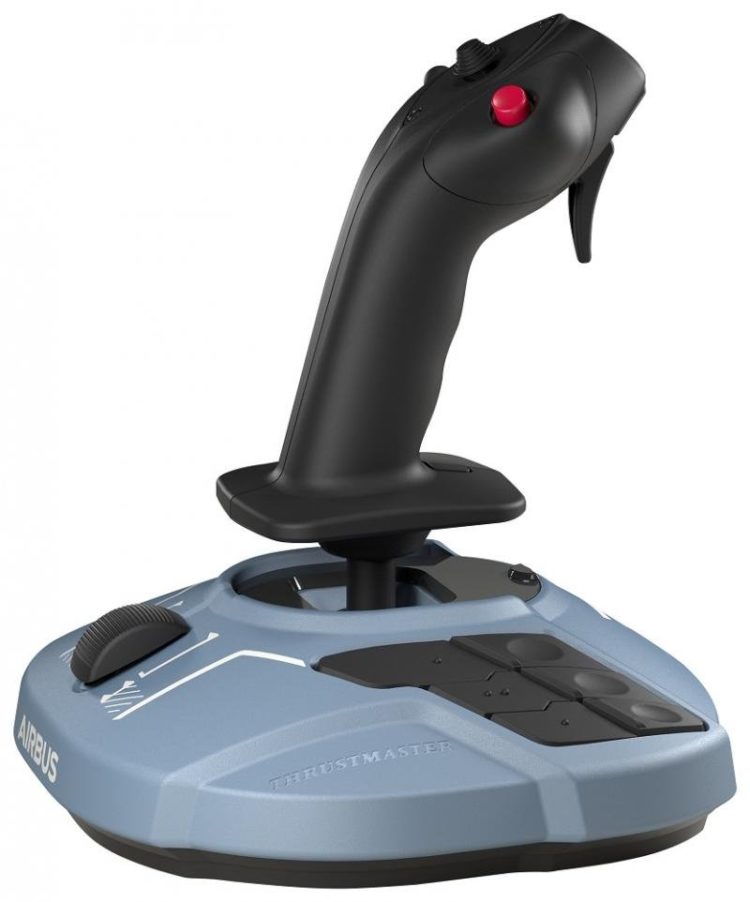 The stick includes a main trigger input with a second button right above it. At the top there is a hat switch that you can set for things like turning your head or even aiming when in a war plane. Lastly, two other buttons sit on the sides, both being interchangeable. You have the option to have two small rounded black buttons, two larger red buttons, or a mix of both on either side. Whether you are right- or left-handed, quickly swapping the heads on the stick will give you more comfort. There’s also a handy little switch on the bottom allowing for a flip of control mappings for whatever your handedness may be.

The stick is pretty sensitive itself, requiring you to mess with the settings a bit to find that sweet spot with dead zones. Don’t mistake that sensitivity as a flaw, however. The TCA Sidestick is as precise an entry-level unit as I’ve used thanks to the Thrustmaster-specific H.E.A.R.T (Hall Effect AccuRate Technology) System that helps with control. This allows magnetic sensors inside the device to help with the level of control you have. 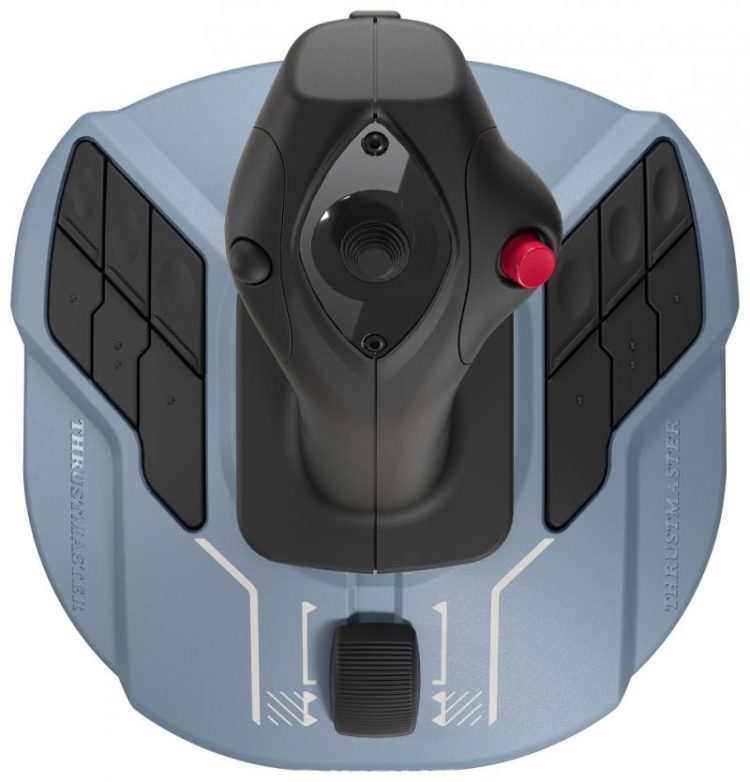 The buttons on the base make the TCA Sidestick a versatile piece of hardware. (credit: Thrustmaster)

On the base of the controller is where the rest of the buttons lay. In total there are 12 — six on each side — for you to map, making the need of a keyboard optional when flying. Uses for these buttons include things like landing gears, trim, flaps, and more. The buttons don’t take much effort to press, and are responsive.

The throttle control is my only real complaint of the physical controller. It always feeling like you’re about to snap it off whenever you make adjustments.  The throttle also doesn’t always feel like it’s accurate enough with positioning. For instance, there were times where I would have it at 50%, yet it would act as though I had it set to full throttle.

For versatility alone, the Thrustmaster TCA Sidestick Airbus Edition is in a league of its own. From the plug-and-play capabilities with games like Flight Simulator to the plethora of button mapping options, you’ll have no issue making the stick work the way you want.

Though it’s not the be-all, end-all in flight sticks, the TCA Sidestick is a good entry-level pickup for those looking to get into the flight sim arena. And should you decide you want to go with a larger-scale cockpit for flying, the Sidestick is compatible with Thrustmaster’s complete TCA lineup of hardware.

It may not be the best flight stick money can buy, but you'll be hard-pressed to find a better bang for your buck when looking to get into the flight sim space.

No, you don’t need the $120 Premium Deluxe edition of Microsoft Flight Simulator

By Jason Rodriguez15 mins ago
Reviews