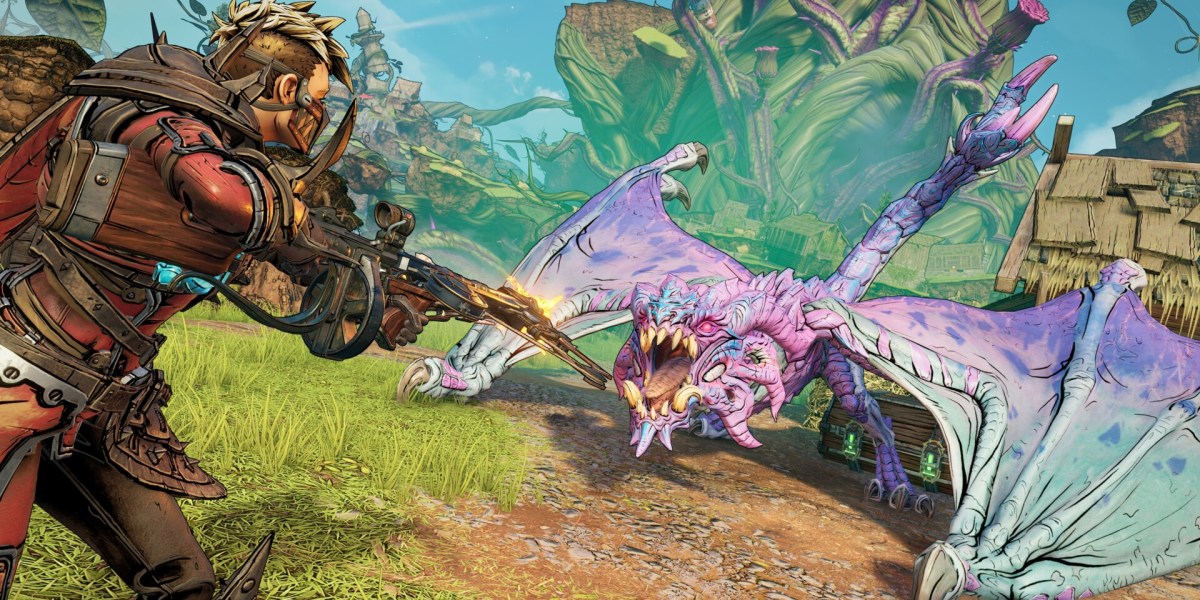 As much as I enjoyed the gameplay of Borderlands 3, I felt its endgame was a little weak. There wasn’t enough to keep me coming back and building my character. Eventually, it was more interesting just to restart as another Vault Hunter (and ignore the story) than continue the grind. Tiny Tina’s Wonderlands‘ endgame sounds much more promising. Earlier today, Gearbox detailed what happens once you’re done with the story.

The endgame for Tiny Tina’s Wonderlands certainly keeps up with the game’s Dungeons & Dragons influence. Instead of blasting away in arena fights, you set out to clear randomized dungeons in a mode called Chaos Chamber. And it certainly sounds chaotic. The mode sets you and your team on a path swarming with enemies, a mini-boss, and a main boss to battle. You move through six randomized dungeon rooms, split by the mini-boss fight. After each room, you must choose one of two portals that hint at what’s coming up next.

The rooms include boons and, well, the opposite of such. Crystals can be found in the rooms, and they act as a currency for Blessings. Activating a Blessing is completed at an alter, and doing so awards in buffs, like increased damage or movement speed. Curses, however, are debuffs that can’t be removed. However, choosing to take a Curse may result in even better stuff. It’s standard rogue-lite fare.

And finally, we get to the reason to play Tiny Tina’s Wonderlands‘ endgame: the freakin’ loot. Finishing a run gives you a chest full of loot, which is why most people keep coming back to Borderlands. However, you can also find yourself some Moon Orbs, an in-game currency you can spend at the Enchanted Re-roller station. Want your favorite gun to be more powerful? Then it sounds like hording orbs is the way to go. You can also drop the currency in a rabbit statue, which ” barf up gear when fed enough Crystals.” Fancy.

Tiny Tina’s Wonderlands is heading to PC on March 25. Be sure to check out our preview of the game before diving in.