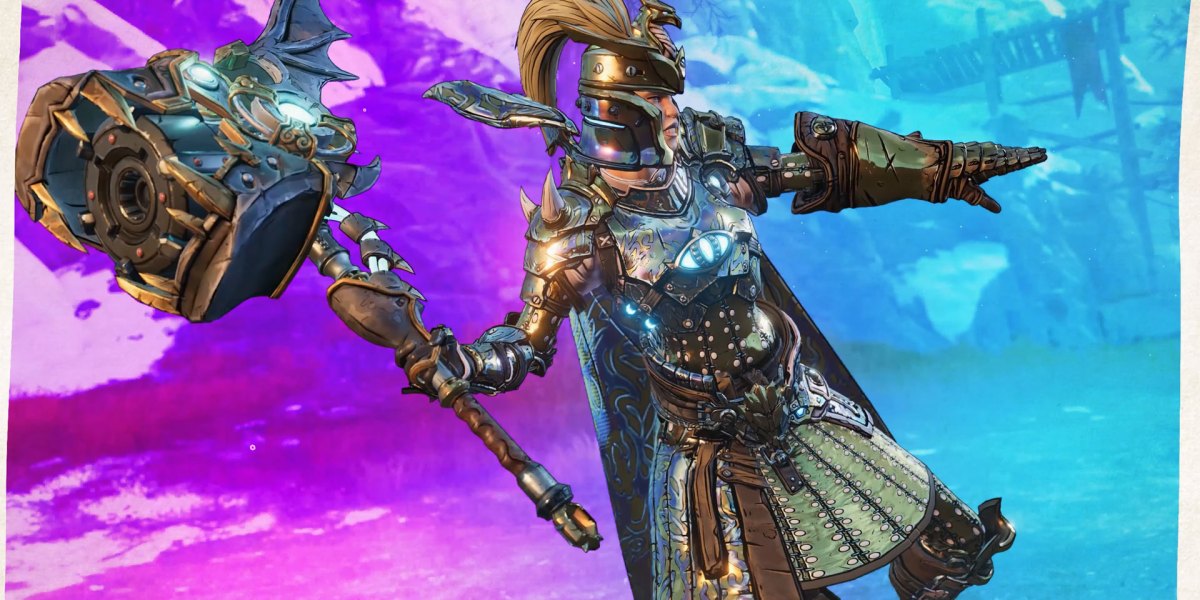 The latest update on Tiny Tina’s Wonderlands details a bunch of new gameplay information, showcases new environments, whips out some guns, and unveils the next two classes. They are the Spellshot and the Clawbringer. The classes join the Stabbomancer and Brr-Zerker in the roster of characters. You can check them all out on the classes section of Tiny Tina’s Wonderlands website. The site also indicates another class is still to be unveiled.

Magic and a maul

In Tiny Tina’s Wonderlands, you mix and match skills through the multiclass system to create an adventurer that is truly your own. With the addition of the Spellshot, you can now include magical attacks in those skills. Wield the elements, polymorph your foes, and enhance your attacks with the class. Why do you need attacks when you have spells? Because the Spellshot also wields a pistol. Double banger.

As for the Clawbringer, this hero wields a giant hammer that slams enemies with thunder and flame. Clawbringers also have a Dragon Aura that empowers their entire party. You also get a cute little Wyvern Companion that follows you around.

You can see some fire, frost, and lighting laying waste to enemies in the new trailer. The other two damage types in Tiny Tina’s Wonderlands are poison and dark magic. Enemy health bar color will tell you which damage type works best against them, much like in previous games of the series.

Today’s reveal also shared some info about three environments you will explore with your pals. The Weepwild Dankness is, as the name implies, basically a scary hotboxed forest. It has mushrooms everywhere. Not magical, but definitely malicious. The Fearamid is crawling with undead. And Mount Craw is home to the goblins and trolls.

Tiny Tina’s Wonderlands will be coming to PC via Steam. I’m just looking forward to what the next trailer has in store.