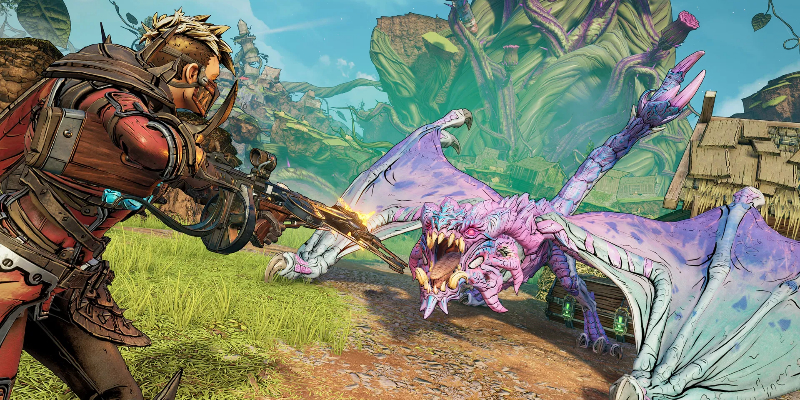 I went into Tiny Tina’s Wonderlands not knowing exactly what to expect. This standalone game is the successor to Tiny Tina’s Assault on Dragon Keep, a popular DLC for Borderlands 2. Even so, the Borderlands name was omitted, suggesting that this game changes up the formula enough to qualify as its own series. Yet from my time playing it there’s no doubt that this is still strictly a Borderlands game.

More specifically, Wonderlands is built upon Borderlands 3. Some of you may have audibly sighed reading that, as Borderlands 3 was by no means the best in the series. However, this is actually a good thing as the core of the game was really good. Its visuals, gunplay, and class balance were well-thought out and, in many ways, brought many improvements over its predecessors.

The problem with Borderlands 3 is that it featured some of the most cringeworthy story writing known to man. Just the thought of any scene that featured Ava still makes me shudder to this day. Fortunately, Tiny Tina’s Wonderlands seems to do a better job on this front.

It’s difficult to say how good the story will be, as I was only given access to a small part of the game. But the interactions between characters did win a few genuine laughs out of me. It certainly helps that Tina is a much more likable character than most of the main cast of Borderlands 3. Although whether or not Gearbox has truly addressed issues with the cast is something we won’t know until the game comes out next month. 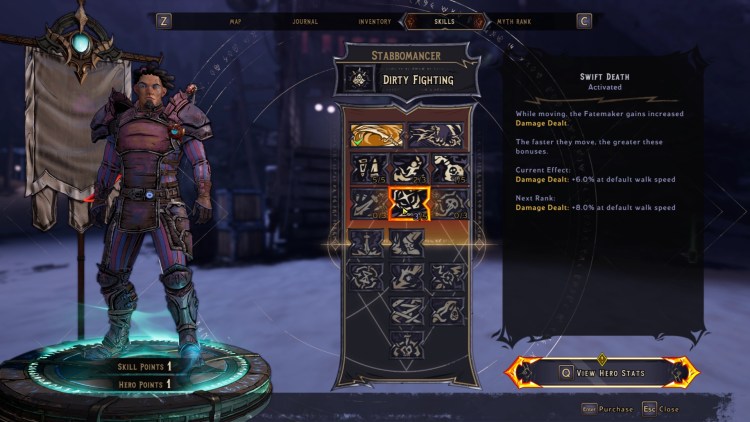 The main Borderlands games are primarily set in the barren wasteland that is Pandora. Even in Borderlands 3, where several other planets can be visited, the series remains an almost exclusively sci-fi experience. Wonderlands instead opts for a fantasy theme, clearly inspired by Dungeons & Dragons-themed tabletop games.

Although this change in theme is mostly just aesthetic, it is refreshing. This interpretation of the age-old fantasy setting is charming and oozes personality. The biggest compliment I can give it is that it comes across as though the developers had a great time creating this world.

From a mechanics standpoint, a lot is lifted straight out of Borderlands 3, but Gearbox has made an effort to implement some meaningful quality of life improvements. For example, all vendors and loot now scale with level. That makes revisiting areas and farming drops a viable and fun option from the get-go. Also, all class mods, now called armor, can be equipped regardless of character. The skill boosts they give may not be relevant to your class but the choice is there. 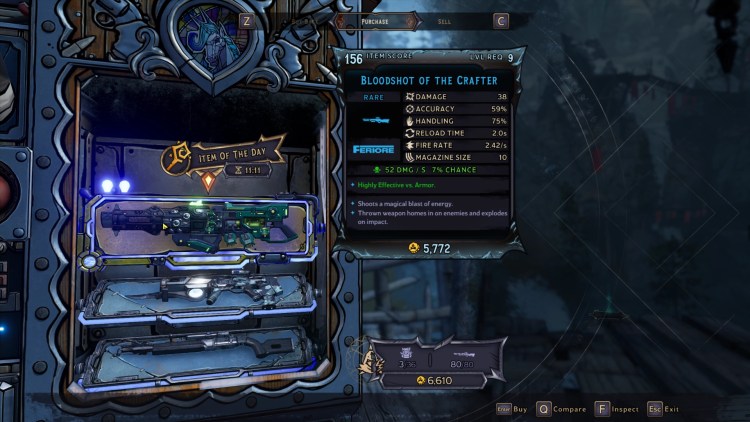 There are even improvements to accessibility thanks to the new difficulty setting. Players can pick from Relaxed, Balanced, or Intense, with the hardest difficulty also providing improved loot. If this system will co-exist with a post-game True Vault Hunter mode equivalent is to be seen. Regardless, this means that for the first time ever anyone can pick up a Borderlands game and enjoy it regardless of skill.

One of the standout qualities of Tiny Tina’s Wonderlands is the game’s exceptional level of polish. Pretty much every aspect of it feels better put together than any previous Borderlands game. I’ve been particularly impressed by the game’s visual design, which feels very purposeful. Everything looks the way it does to further sweeten that fantasy feel. It all ties together well, which really wasn’t the case with Borderlands 3. Producing a game that is consistent in its visuals but still attractive is not an easy task.

The same can be said for the newly overhauled user interface and improved audio design. It’s obvious that the development team had a clear goal in mind. Every design choice made clearly exists to achieve that goal. Whoever was in charge of Tiny Tina’s Wonderlands‘ overall direction has done an incredible job. It can be difficult for the average player to appreciate how important that is but, in my opinion, this is the factor that often differentiates a good game from a great game. 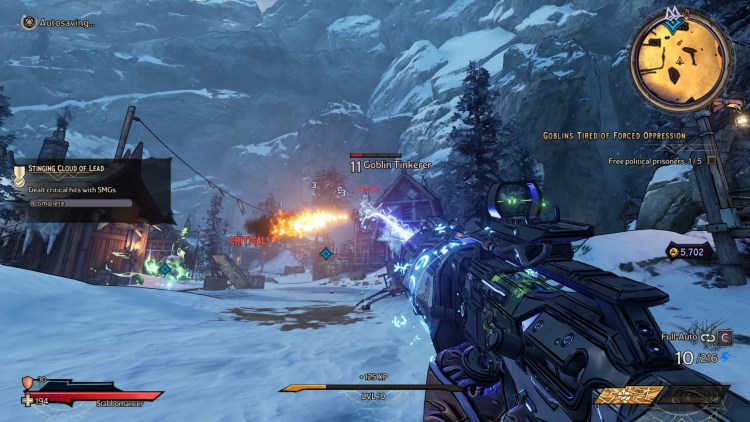 As I only played a preview build that isn’t necessarily representative of the final product I don’t want to focus on performance too much. However, it is worth knowing that I did experience frame drops and even some frame slight freezing during gameplay. This was particularly noticeable when certain interfaces opened up such as with the vendors or the preview of floor loot. Hopefully, this is just the result of playing an early version of Wonderlands but it’s something to be wary of.

This could be the one

Neither Borderlands: The Pre-Sequel nor Borderlands 3 overly impressed me. Although reasonable games in their own right, it was difficult to shake the feeling that both were stuck living in Borderlands 2‘s shadow. I don’t think it’s even an exaggeration to say that we haven’t had a great Borderlands game since Borderlands 2 which was released a decade ago.

I’m not going to be on record giving Tiny Tina’s Wonderlands the credit for breaking that streak just yet, but the promise is there. If the rest of Wonderlands manages to be as good as the section I played for this preview, then Borderlands fans should rejoice. Because for the first time since Borderlands 2, true greatness is once again within reach. 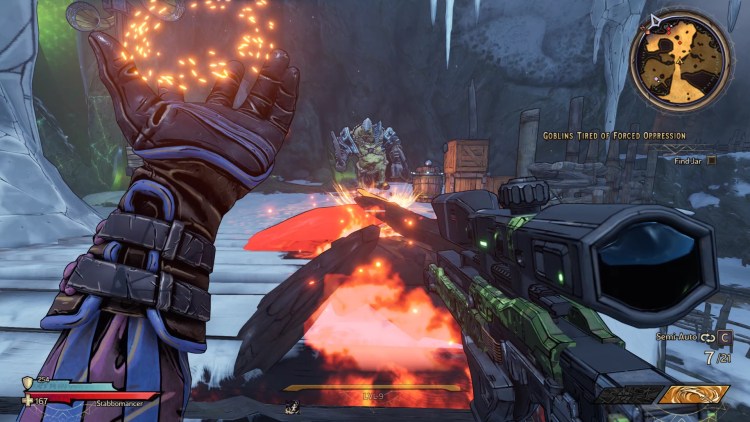