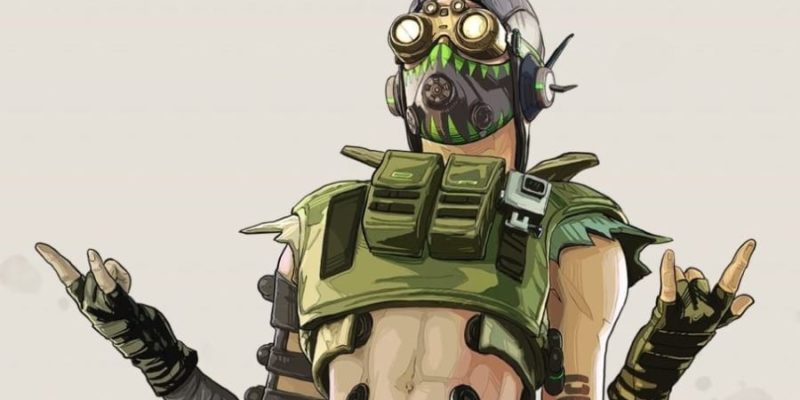 Respawn Entertainment and EA kicked off the first season to Apex Legends just a few days ago. The game has been out since February 4, but this is the official start to the game’s first season, adding various skins and a new legend, Octane.

There are a few things that you should know before choosing Octane as your legend. Every selectable character in the game has different abilities specific to them, not to mention their varying levels of mobility. For example, Wraith has a much more swift feel compared to someone like Gibraltar, the defense-heavy tank. Octane feels similar to Wraith, feeling very loose and quick in his actions.

Octane has a number of different abilities within his moveset. His ultimate is the ability to throw down launch pads on the map. This regenerates every 1 minute and 30 seconds. I’m not sure at this point if there is an infinite number of launch pads that you can use in a single area. However, when I was camping with two other squadmates on top of some buildings, I was able to throw down two in a single place without either disappearing.

The other abilities that Octane has help to leverage his speed. His Stim ability allows for “30% faster movement for six seconds.” Doing so will pop a green syringe into your body, shooting you up with speed juice. The other, Swift Mend, will passively regenerate health. Of course, as with everything, there is a strategy in how you can put these to use in-game and during combat.

As noted in the graphic and description above, the use of Octane’s Stim allows you to move faster. However, if you’re planning on using this with your ultimate, be cautious of your speed. I’ve already made the mistake a few times of throwing down my launch pad while sprinting, completely missing the pad altogether. If you’re using this to vacate a tense firefight, you might not be successful in your escape, having missed your pad because of fast speeds.

It may also be wise to place your launch pad in case things get out of control. If you’re in a corridor and anticipating a firefight, you can always throw it down beforehand, allowing you to fire off some shots and run.

I did see one instance, which I can’t find again for the life of me, where someone threw down the launch pad as they snuck up behind someone sniping. The enemy sniper was then sent flying into the air, showing both an effective and comical tactic.

Boosting your speed has a lot of benefits during the game. You can use it to outrun enemy fire, get into the circle quicker, or simply catch up to your team. As mentioned, the Swift Mend ability will regenerate health over time. On the flipside, the Stim ability will take it away from you.

Be cautious of where you are and how much health you have before jammin’ that needle in. This is especially important if you don’t have any health kits or you are particularly low in the first place. I haven’t used it when extremely low on health, so I don’t know if it will knock you down if you’ve reached that threshold. I haven’t seen any official amount of health that it draws, but from what I’ve seen, it’s about a 10 percent drain.

It’s also good to note that you can use the Stim ability at mostly any point in time. It can be applied while climbing, jumping, and running. I haven’t noticed a time, other than being downed, where you can’t access it for a quick jolt of speed.

When it comes to playing with a mouse and keyboard, it seems like everyone has varying levels of sensitivity. It also depends on the game you’re playing. For titles like Overwatch, Titanfall, or Apex Legends, I usually have my mouse and in-game sensitivity cranked up fairly high. But, when it came to using Octane, I had grown accustomed to the movements of my other commonly used characters.

Before jumping in and using the new legend, I had grown fond of Bloodhound, Bangalore, and Pathfinder. Each of these feels noticeably different than that of Octane. You might have to toy around with your mouse and in-game aiming sensitivity to get the feel just right. I know I had to make adjustments the first go-around, as his movements felt very jerky without finding that sweet spot first. This is especially important when speed is increased through the use of both Stim and sliding.

Have you jumped into the first official season of Apex Legends? If so, have you started using Octane? Let us know your thoughts on the first season and the latest character added to the roster in the comments below!

The Outer Worlds, Control, Heavy Rain, And More Are Heading To Epic

Contest: Win A Steam copy Of We. The Revolution