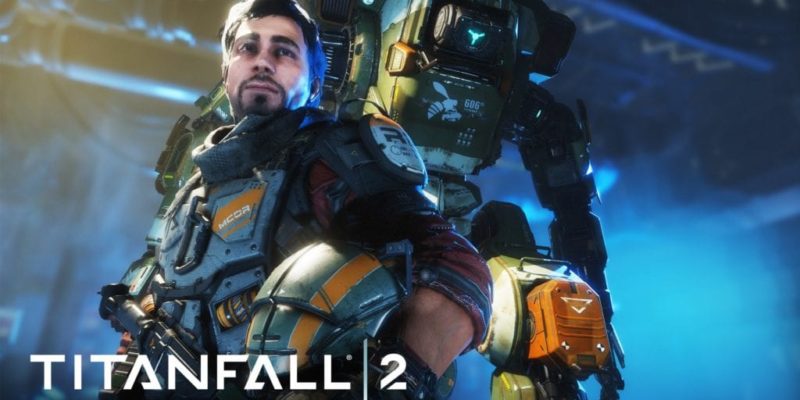 Titanfall 2 features a single player campaign and the cinematic trailer is now out in the wild.

Here’s the blurb on the campaign…

In the single player campaign, players will experience the story and relationship between Titan BT-7274 and 3rd Class Rifleman Jack Cooper, as they explore the mysterious planet of Typhon and discover the Interstellar Manufacturing Corporation’s (IMC) intentions. BT is the first Titan built by the Militia to battle the IMC, who’s capable of using any Titan loadout and embodies the Militia’s Culture of teamwork, craftsmanship and looking out for each other. Jack Cooper is a grunt with aspirations of becoming a pilot, whom Militia Captain Tai Lastimosa takes under his wing and trains in secret. When an investigation of a research facility on the IMC controlled planet of Typhon goes wrong, Lastimosa is killed in action, there is no other option but for the two to link up and work together to finish the mission BT and Lastimosa started. The more BT and Jack work together, the stronger the bond between Pilot and Titan becomes.

The campaign looks like it will be blast and it could be the main reason to pick this up.