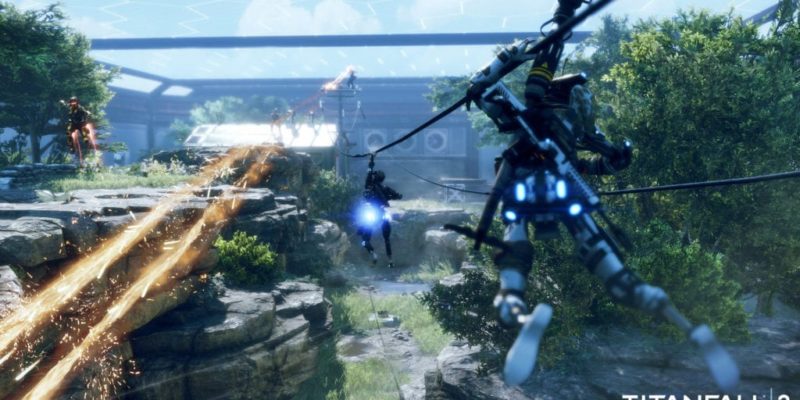 A new post on the Titanfall 2 site includes a more detailed look at the Live Fire mode coming in the next free DLC. It notes that the update will be in February, and mentions a few things planned for a further update in March.

Live Fire is going to be a rapid 6v6 pilot mode, where victory can be gained by either wiping out the opposing team, or being in possession of a lone flag as the timer runs out at the end of a match. Designer Griffin Dean says this can result in situations where a player outnumbered 4 to 1 can pull off a surprise victory in the last seconds. Dean also points to ‘speedball’ paintball matches as the inspiration behind the mode.

The release schedule for Titanfall 2 puts Live Fire in February, and includes some information about another free update that will follow in March. That one will include “new Prime Titans and cosmetics you can purchase at the store, a large patch that will bring a host of bug fixes, balance tweaks, and new features online. Not to mention a new weapon, Pilot execution, and more.” It will also reintroduce another Titanfall map re-purposed for the sequel: Colony.

Here are some images from Live Fire, plus one showing the new Colony.