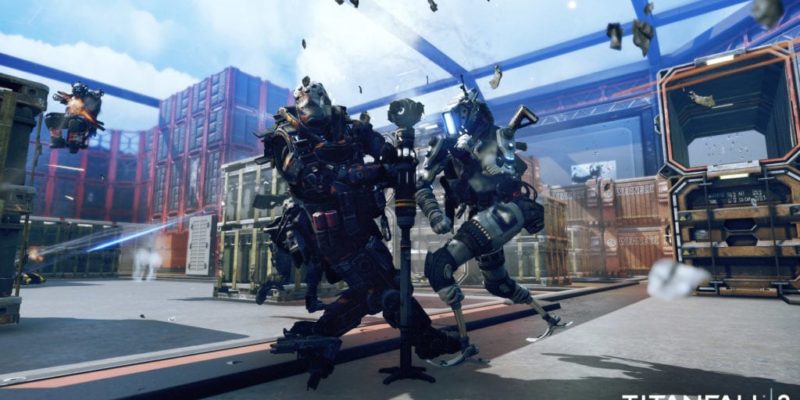 Respawn has confirmed that Titanfall 3 is no longer in development. Any and all assets that they were working on for the anticipated sequel have instead gone into the development of Apex Legends. The free battle royale came as a surprise to many Titanfall fans, as they were assured that a sequel was in the works after EA bought Respawn back in 2014.

It’s not happening now, however. Speaking to Eurogamer yesterday, lead producer Drew McCoy cleared the air on Titanfall 3. He explained that the company’s experiment with the battle royale genre eventually encompassed all development. During its creation, Respawn “decided this wasn’t going to be a mode.” Instead, it became “a game on its own.” Titanfall 3 is gone, and what stands in its place is Apex Legends.

“The world thinks we’re making Titanfall 3 and we’re not – this is what we’re making,” McCoy said. “To try and convince a skeptical audience for months with trailers and hands-on articles, we’re just like ‘let the game speak for itself’ – it’s the most powerful antidote to potential problems.”

No doubt not all Titanfall fans are happy with the news. After all, Titanfall 2 was critically acclaimed, with exciting multiplayer and an excellent single-player campaign. McCoy seems all too aware of potential backlash. Titanfall 3 is hardly the first to get reconfigured into a live service battle royale game. To have a sequel canceled and replaced by one, however, is a rough situation all around.

“We’re doing a free to play game, with essentially loot boxes, after we were bought by EA, and it’s not Titanfall 3,” McCoy said. “It’s the perfect recipe for a marketing plan to go awry, so why have that – let’s just ship the game and let players play.”

Well, we have played. And so far, we’ve enjoyed Apex Legends. It’s not Titanfall 3, no, but it really isn’t trying that hard to be. The game runs well, and the loot boxes don’t appear to be as obnoxious as those found in Battlefront II. No doubt McCoy’s prior statements are in response to Battlefront‘s loot box debacle.

You can try Apex Legends yourself. It’s out now for free on EA’s Origin platform.

By Sam Robins57 seconds ago
Hardware