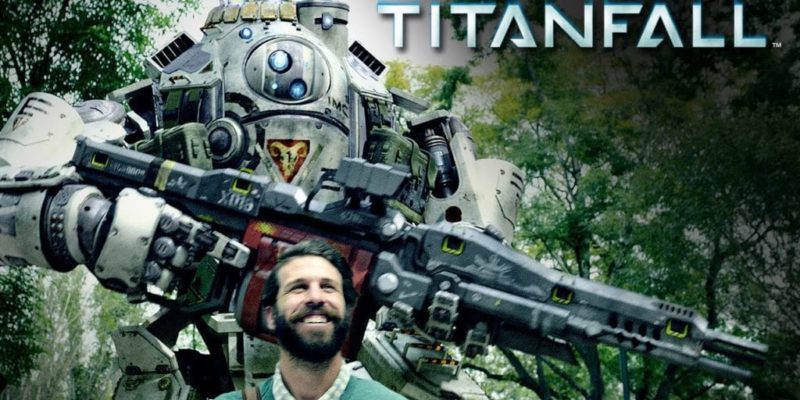 A PC screenshot from a PC beta.

The Titanfall ad campaign is getting a bit silly now, with an ongoing pretense that the game is definitely just an Xbox One game guys, don’t look over there at the PC and 360 copies. I’m pretty sure the game the IncGamers team played a couple of weeks ago was Titanfall. On a PC and everything.

Take this latest bit of live-action silliness, for example, in which a chap is jauntily followed to work by his titan buddy. He runs into another fellow with a friendly titan and confrontation ensues! Then there’s a load of guff about Xbox One. Not a word about the other platforms it’s coming to.

Titanfall, then. Due on PC on 11 March. Despite what adverts might try to have you believe.