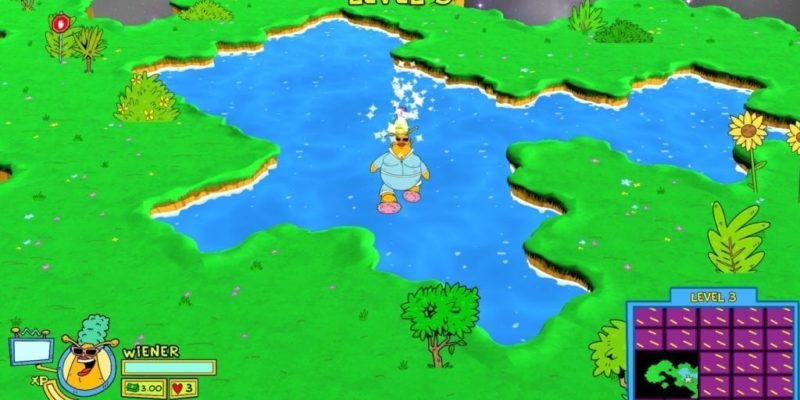 The first Toejam & Earl game really stuck out when it released. While most kid-friendly games at the time were platformers meant for broad appeal, this title was an isometric, randomly-generated game with a quirky, hip-hop aesthetic. It was a sleeper hit due to just how different and creative it was. However, its sequel was a more generic experience. The franchise had another game released in the early ’00s, but it’s lain dormant since then. So, how does Toejam & Earl fit into the modern gaming landscape?

Unlike the second and third games in the series, ToeJam & Earl: Back in the Groove is extremely similar to the first game. Rogue-lites are really popular right now, so the game does a good job of fitting into the current landscape. Even then, however, it’s very different from modern rogue-lites. The story begins with our heroes taking their friend Lamont’s spaceship to Earth so that ToeJam can attempt to impress their friend Lawanda. Naturally, things go horribly wrong and the ship ends up destroyed. Just like the original, it’s up to you to collect the scattered ship parts in order to get back home.

Each run in ToeJam & Earl: Back in the Groove is fairly simple. There are 25 floors and ten space ship parts. In single-player or co-op, you have to make your way through the floors while collecting these parts, where the 25th floor always contains the final ship piece. Once you collect all 25, you win the run. Unlike most rogue-lites, however, you start each run with three lives and will likely obtain more. This means you’ll be victorious more often than not.

Every time you obtain a ship part, you get to spin a roulette wheel which grants various prizes, including experience and one-ups. In order to move up to the next floor, you simply need to locate and board the elevators. Just beware the fake elevators that can take you to a lower level. 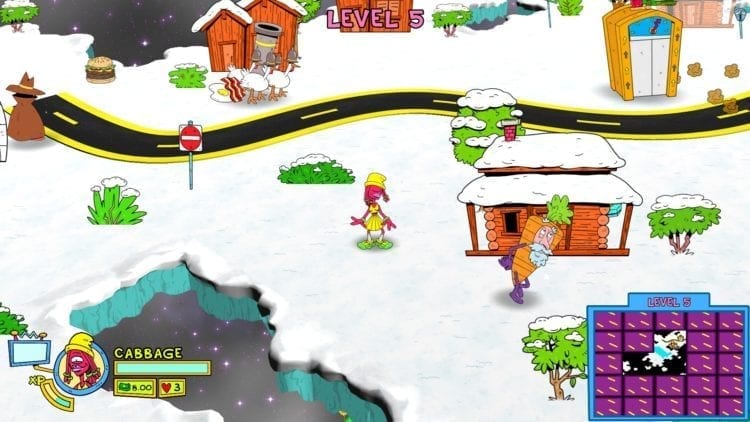 The biggest general gameplay difference ToeJam & Earl: Back in the Groove has when compared to other rogue-lites is that it’s absolutely not about fighting your enemies. The floors all have an assortment of zany foes running around that you’re supposed to avoid. Many do a ton of damage, and some can even take away an entire life in just one hit. There are a couple of powerups that temporarily allow you to defend yourself with tomatoes and slingshots. However, for the most part, it’s better to think of it more like a stealth game.

Also returning from the original game are presents. Presents are scattered around the levels, both in plain sight and hidden in trees and other objects you can shake. The kicker is that you can’t know what a present is when you get it unless you pay a friendly earthling, the wise man, to identify it. There are a ton of presents with a very wide variety of effects, so it absolutely pays to know what you have before using them. Presents are funny and creative and include such things as temporary weapons, roller skates to boost speed, and pogo shoes to allow for massive jumps. You’ll also find money all over the levels, though it’s mostly just used for present identification.

You can get yourself into quite a (toe)jam if you have an inventory filled with unidentified presents and you need to make a desperate escape. It’s honestly very intense when you’re on your last life and start randomly opening presents you’ve neglected to identify in the hopes that one will have what you need. However, this is a rogue-lite, and the presents can harm you just as much as help you. I’ve lost entire runs because I opened an unidentified present that took my last life from me. They can also eject all your other presents, undo your last level-up, or even randomize every present on you. So, opening unidentified presents is always a big risk. 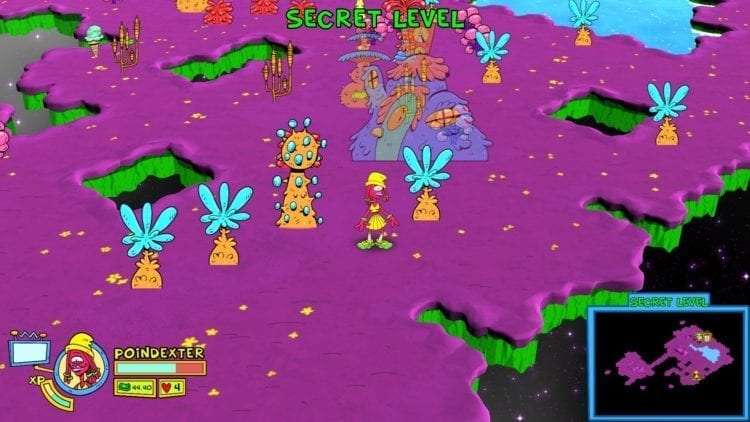 Presents are also the way you get most of your experience. Each present you open gives you 300 XP, and as soon as you have enough to level up, a meter in the bottom left-hand corner of the screen lets you know. All you have to do is find the wise man on the map and talk to him. When you level up, a wheel spins that chooses three random stat increases, such as health, speed, and luck. These increases can definitely make or break a run. You also get experience from simply exploring the levels. There’s a map in the bottom right-hand of the screen made up of squares. Each square you explore unveils part of the map and gives you 50 XP. Those aside, there’s even a side-scrolling endless runner minigame and a rhythm mini-game for even more experience.

The gameplay is very wacky, and I found it to be quite enjoyable. The only real issue I had is that the characters all move very slowly. That’s especially true when you haven’t found any speed increases, which can make exploring a bit of a slog. Avoiding enemies is also satisfying, as ToeJam & Earl: Back in the Groove gives you a good amount of means of getting away. There are sunflowers you can hide in that make you invisible to your foes. You can also get in the water, which makes most of them leave you alone. You’ll find paved roads in the levels that allow you to walk faster too. This can be a lifesaver, as enemies are frequently faster than the characters. But other types of terrain, such as snow and sand, can impede you. Some levels are even totally dark.

Once you beat a run, you’re able to unlock one of a few new playable characters. You also get hats that are randomly assigned when you start a floor, which can change the gameplay up. There are a good amount of characters here, and they all have different stats, which I’ve found makes some far more useful than others. This goes double for faster characters or those with more average stats, such as Lawanda. A successful run takes about 90 minutes, but there are a lot of things to unlock that should keep most people busy for a good while. 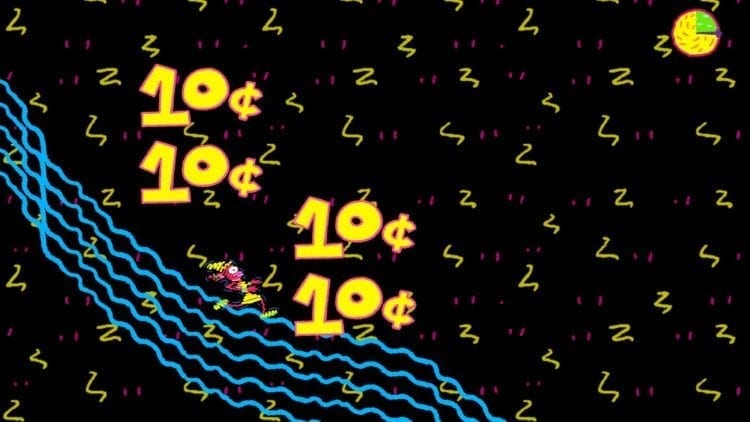 At first, only a fixed set of levels is available, but once you beat that, you’ll unlock randomized worlds. Completing a randomized run unlocks a harder version of the randomized worlds, which is great for people who find the regular difficulty too easy. ToeJam & Earl: Back in the Groove is also a gorgeous game, with wonderful, detailed spritework and good-looking assets. It looks like a cartoon come to life, and the character designs are unique and amusing.

I wasn’t sure what to expect from this game going in, as Kickstarted reboots of cult series don’t always go well. But ToeJam & Earl: Back in the Groove is a solid game that sets itself as the definitive entry in the series. It does the best thing a game like this can do, really. It updates a beloved classic while maintaining everything people loved about it.

ToeJam & Earl: Back in the Groove

ToeJam & Earl: Back in the Groove is an extremely welcome update to the first title in the series that retains and expands upon everything that made that game a classic.