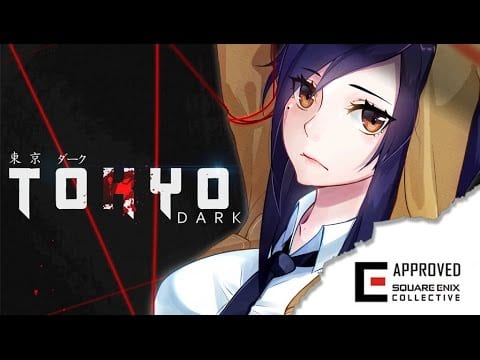 A new trailer has been released for creepy-looking Japanese detective adventure, Tokyo Dark.

Tokyo Dark follows detective Ayami It? as she investigates the mysterious disappearance of her partner in a near-future Tokyo. It promises to be a non-linear adventure with multiple puzzle solutions, branching paths, and a bunch of different endings – and if “vanishing detectives” isn’t quite what you were expecting, don’t worry; there’s a thick layer of supernatural horror dripped on top.

Developed by Japan-based indie studio Cherrymochi, Tokyo Dark promises to also tackle bits of the real Tokyo, including suicide, child idols, nationalism, and sexism. I’m always happy to see non-linear branching adventures, and if handled well, this could prove to be something both interesting and unique.

Oh, and judging by the released media, it features a cat called Lady Furington. Who you can talk to. So that’s me sold, right there.

Tokyo Dark is due out in 2016, but it’s currently seeking votes on Steam Greenlight, so you might want to give it an upvote if – like me – you reckon it looks at all interesting. You can see some screenshots and a trailer below.