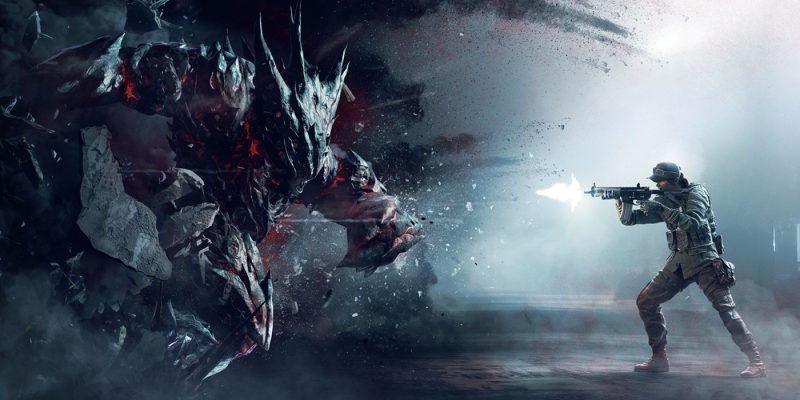 Tom Clancy’s Rainbow Six Siege, the most recent in the long-running Rainbow Six franchise, took the gaming world by storm. Although the game initially failed to impress in terms of sales, it eventually garnered a massive player base due to its post-launch content, and many praised its dynamic, tactical gunplay. This undoubtedly makes the upcoming Rainbow Six title, now dubbed Rainbow Six Extraction (from R6 Quarantine), all the more exciting for fans. Ubisoft plans to drum up even more excitement, as it will showcase Rainbow Six Extraction at Ubisoft Forward, which will be streamed during the company’s digital E3 event. Ubisoft released a teaser trailer for the game earlier today.

Rainbow Six Extraction‘s premise involves an alien parasite that spreads itself all across a laboratory. This parasite killed millions of people and spawned several monsters that threaten to kill more. Players control the Rainbow Six operatives as they aim to defeat this alien threat once and for all. The premise marks a notable shift in tone and concept, as the series up to this point focused on grounded military settings.

This new entry also marks a shift in terms of gameplay. Rainbow Six Siege focused on online multiplayer matches, but Rainbow Six Extraction takes the foundation of its predecessor’s gameplay and translates it into a tactical co-op shooter. According to the dev team title reveal, players must frequently choose whether to press further into the laboratory or to extract and minimize losses. This gameplay premise justifies the change in title, which was originally meant to be Rainbow Six Quarantine but was changed due to the COVID-19 pandemic.

The shift in premise certainly sounds interesting, and it may provide a welcome change of pace for Rainbow Six Siege fans open to the changes. Those interested can find out more about Rainbow Six Extraction once Ubisoft Forward streams on June 12 at 2 PM ET.