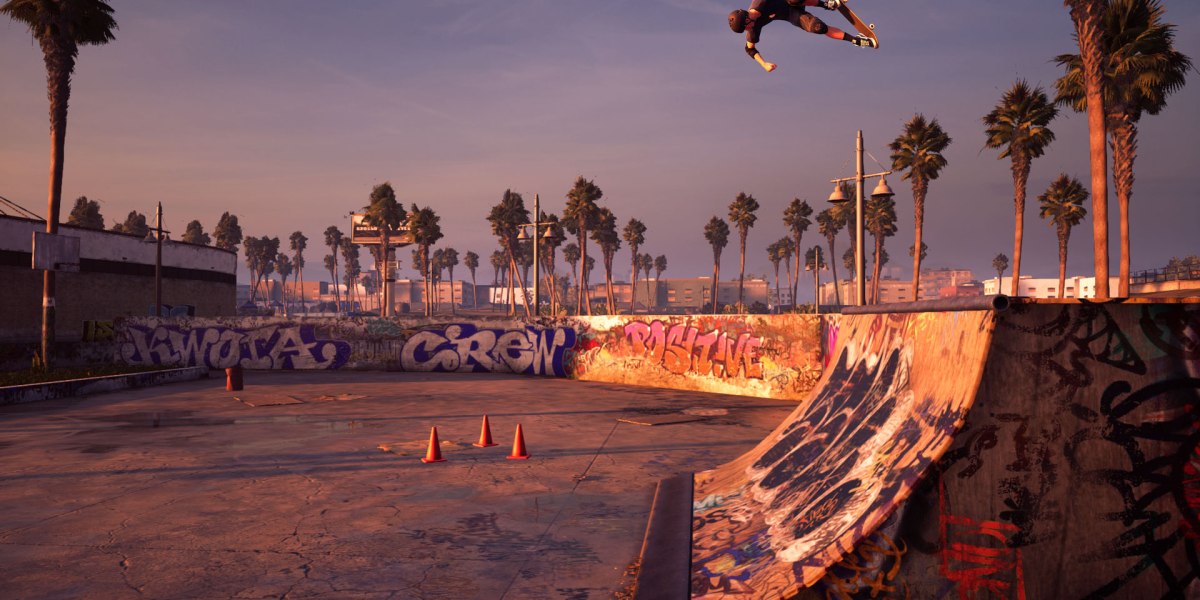 Tony Hawk’s Pro Skater 1 and 2 are officially coming back! Rumored many times already, the game was revealed by Geoff Keighley, Tony Hawk, and Vicarious Visions’ Jennifer Oneal during the Summer Game Fest. The remake bundle for the first two THPS games was announced in a trailer that showcased the updated visuals with a September 4 release date.

In an interview after the trailer, Hawk and Oneal sat down with Geoff Keighley to talk about what we can expect from Tony Hawk’s Pro Skater 1 and 2. Not only are the visuals a vast improvement, but they have made numerous updates to the rest of the game, too.

First up, the old-school controls will be available for those who are loyal to the D-Pad, but since then, analog sticks are present in every gaming household. With the remake, the controls will also incorporate the analog sticks and will have the responsiveness of a 2020 title. Oneal touched on the difference between the D-Pad and analog stick specifically:

“Newer players are used to playing on the analog sticks, and analog is not as precise. We had to spend a good amount of time iterating and thinking about how to make it forgiving enough but still have the challenge.”

But Tony Hawk’s Pro Skater 1 and 2 isn’t just a remaster of old stuff. There are new aspects as well, such as online multiplayer and all its modes. Create-a-Park will allow players to upload their custom-made parks to share with the world and even let others iterate on top of that. Vicarious Visions also added some tricks from the later entries in the series to allow for longer combos and more impressive lines. But other than small tweaks to make the title up to par with what is expected from a 2020 game, Hawk was adamant to stay true to the originals:

“I didn’t want to mess (with making changes) too much. I feel like people are gonna be so excited to play exactly as they remember it, but in the new visual field, and that’s where we want to land.”

It’s certainly good news that they want to keep to what we know and love about the first Tony Hawk’s Pro Skater games, and with Vicarious Visions’ track record of remakes and remasters, the future is looking bright. Tony Hawk’s Pro Skater 1 and 2 will be exclusive to the Epic Games Store on PC and will launch this September.

Huntdown review – Killing in the ’80s