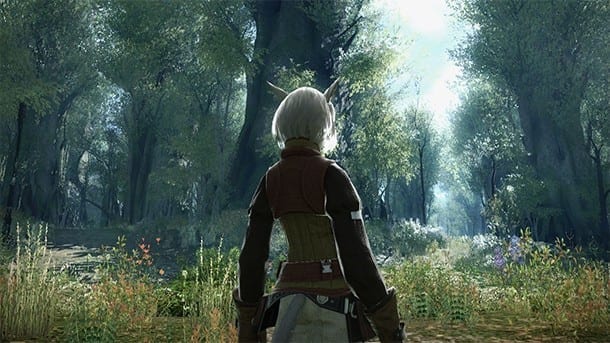 Seducing with its dragon theme, free to play and quite well done as it even offers advanced housing, Dragon’s Prophet is an MMORPG which does not look ridiculous. But we do have to admit that it lacks some punch to be able to compete against the genre’s stars because of poor polish, an old graphics engine, dull quests and a small amount of races and classes. We note that those drawbacks could be improved by an update overtime which allows us hope. But is trying Dragon’s Quest enough to get hooked? Not really but at least it’s free to try.

The Aurora World is a fantasy MMORPG for Windows PCs supporting Windows XP, Windows Vista, and Windows 7. The story takes place after a cataclysmic war between the Gods in Heaven, leaving the world in chaos. Players will venture across the land to unite powers of good and vanquish evil.

VERY good competitive moba-type *action* game that has a fighting game vibe to it.
I’m very surprised this isn’t getting more popular. It’s the only competitive game with great music, great visuals and superb gameplay I know of that utilized this sort of 3rd person action view and some fighting game logic.

Its’s a F2P game you can play every night and enjoy with friends. It has classic Mech combat and at this moment I think the balance is the best it’s ever been since Closed Beta. The game is addicting and it’s incredibly fun to design different Mechs. Between this and League of Legends all my competitive Multiplayer needs have been ruthlessly satisfied for many, many months. All the stuff that isn’t in the game yet isn’t a buzzkill to me like it appears to be for many others, and only gives me something to look forward to. Judging the game as it is currently though I figure if I am looking forward to sitting down for a couple hours on it nearly every day then it deserves a rating of ten in my book

Firefall is an upcoming free-to-play MMOFPS from Red 5 Studios, with highly stylized artwork and an emphasis on tactical combat. The game sets players in a world torn apart by the Melding, an energy storm that has spawned monsters called the Chosen. Players must now band together to collect resources, build weapons and vehicles, and utilize special nanotechnology armor suits called Battleframes to fight against the Chosen and reclaim the earth. Firefall is set to have PvE and PvP play, across a virtual game world spanning some ten square miles

“Space Ninjas”; need I say more? The only thing that could top that would be the inclusion of Space Pirates but then I wouldn’t be able to hear anything else over the sound of the game’s interstellar awesomeness. Warframe is a great shooter made by a company that has a long legacy of action games. Shooter skills and platformer style moves allow you to run on walls, jump chasms, and lay into the enemy with everything from heave repeater laser guns to swords… The weaponry in the game is truly awesome and every Warframe is fun to play with it’s own individual mix of powers and stats. It’s free to play and everything in the game can acquired, with the only limitations being time to get it and how many active weapons/warframes you can own at any one time. A minor investment in the game though ($20) gives you enough coin to unlock a huge garage ready to stock with every warframe in the game and several dozen various weapons. It is well worth the cost if you like a lot of variety and is the only real limitation of the free game. It’s a blast to play with friends or just in “online-instant-group” mode.

As a mix of shooter and MMO, PlanetSide 2 is nothing short of a triumph: not quite the best of both worlds, but certainly the best attempt anyone has ever made to fuse them together. Alone, it’s worth checking out just to witness its epic scale for yourself – and with the right friends by your side, PlanetSide 2 is an unforgettable experience.

Prime World has what most people would expect from a MOBA: Decent graphics and animations that, while not the best out there, do their work really well, a 5v5 map with three lanes and jungle with a river splitting it by half.But Prime World also offers much more, it offers different modes, like a one-lane 3v3, a 4v4 race through the jungle, and variations to the usual 5v5 map.There are, however, two special points that make Prime World stand over the rest of MOBAs. One, is it’s customization thanks to the talent system, a well designed system that allows you to modify your hero to better suit your style.The second one is, and this is the most amazing thing, the community. Prime World’s community is one of the less toxic communities in the MOBA genre, if not the least toxic. The rules are clear, Nival doesn’t like toxicity and it’s dealt with in a severe fashion, starting with bans for a while to bans forever.If you come to play Prime World, you will find that which you love from other MOBAs, and more.

This game improved so much since it was released on the beta. There are over 90 heroes to choose from currently and the gamplay is as intence and as rewarding as DOTA 1. I know alot of people will be hesitant to try it at first but there has been a new tutorial system implemented in DOTA 2 and I think it will help new comers. I know some people who play LOL might bash in this game, but both games are compleatly different. Its like comparing COD and Battlefield, they are so different that connot be compared. (no preference on either game, I think bot of them are good) Give this game a try, the learning curve is very steep but it is rewarding when you learn. I think this is the best gave valve has ever developed and has been the most played game on steam ever since the second year of beta development. Try it out, its free and badass!

Neverwinter certainly has room to grow, but the amount of game that’s available with no barrier of entry — neither fiscal nor educational — is mind-boggling. It misses the mark somewhat on that Dungeons & Dragons feeling of absolute character ownership, but that doesn’t make the game any less refreshing to play. With its fast-paced combat and ubiquitously streamlined design, Neverwinter nails the concept of what an action-MMO should be.