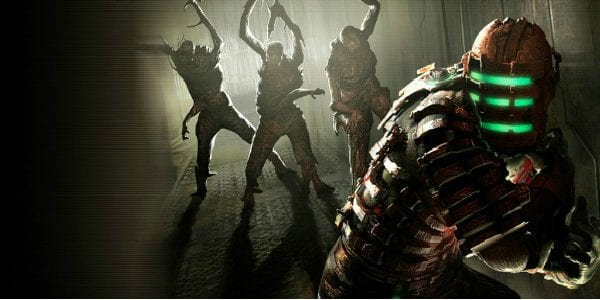 Every seasoned gamer has an epiphany at some crucial interval during a session whether they’re conscious of it or not. Usually, this phenomenon occurs when the entire game design is firing on all cylinders and your inner-self whispers, “Ok, I’m all in,” and suddenly the hours just melt away. For those in the know, the following are some of the reasons why we game.

No, not the party game you play on Caribbean Cruise Ships with the lowering stick, but Danish developer Playdead’s morbid take on the side-scrolling puzzler. Mystery and starkness are the main themes throughout the 8 or so hour journey as you scamper your way through the silowhetted environments solving physics puzzles and trying to figure out just where you belong in this world.

Two opponents are plunged into feudal japan (cue the dojo drums), choose their fighting stance, and wield one of various weapons such as katana, long sword, or sledgehammer. The unique gameplay twist is summed up in just three simple words: One. Hit. Kills.  Battles required true skill and could last anywhere from mere seconds to an hour.  To add further insult to injury, appendages could be mortally wounded leaving them at a severe disadvantage.  Square (Enix), really needs to bring back this unique fighter from the dead and give the crowded genre a much needed jolt.

Immersion Factors: When the game mechanics finally click and fighting for your very life on an empty beach with only the crashing waves for ambience suddenly becomes an intense exercise in survival.

8. The Chronicles of Riddick: Escape From Butcher Bay (XBOX)

Here’s a game that no one expected to be as good as it turned out to be; A Vin Diesel movie vehicle expanded into a game made by then little known Swedish developer Starbreeze. You play the title character Riddick, an intergalactic convict that is tossed into one of the most notoriously heinous prisons in the galaxy. To “escape” you’ll have to make deals with other prisoners, take down mechs and try not to giggle with glee the first time you snap the neck of an unsuspecting guard.

Immersion Factors: Vin Diesel’s graveled voice work and the stellar first-person melee combat that no other game has been able to duplicate.

7. The Legend of Zelda: The Minish Cap (GBA)

To me, this was one of the most imaginative, and satisfying Zelda titles Nintendo has ever released.  It starts out in typical Zelda fashion, but once you receive the title’s headgear (which carries on entire one-sided conversations with you) the true creativity is unleashed. You can shrink down to the size of a mouse to enter tiny entrances or use the hat to catch a whirling updraft to overcome a chasm. Additional inventive devices like the gust jar, kept enemies at bay with a puff of air or suck up an otherwise unreachable Rupee, added more charm than most modern games dared to incorporate.

Immersion Factors:  The game just keeps on giving with new twists on existing items to keep things lively, the sweeping midi soundtrack, and that particular brand of pixie dust that makes so many of Nintendo’s titles so special.

To say that protagonist James Earl Cash is having a rough night would be an understatement.  After being strapped down to a gurney and sentenced to death via lethal injection, he awakens in a dark, decrepit room to the sound of a disembodied voice (performed by the great Brian Cox) calmly explaining that if he wants to see the sun rise again he’d better do as he says.  Of course, you quickly realize that it’s kill or be killed as various gangs try to hunt you down.  This is easily one of the great stealth (and one of the darkest) games of last generation. I only wish Rockstar Games would revisit this world or at the very least release an HD remix of the original (with bonus blooper reel).

Immersion Factors: The creepy and often hilarious inner monologues of the gang members as they hunt for you, the John Carpenter inspired soundtrack, the visceral snuff kills, and the option of strapping on a USB headset to hear your tormentor cackle through the earpiece.

Tecmo’s fantastic and often overlooked Japanese horror title plays out like a classic ghost story ripped from the pages of a Shirley Jackson novel.  You play a young woman who searches for her lost brother in a creepy dilapidated mansion. Your arsenal is a flashlight and an old film camera that has the power to destroy the many horrific apperitions with a few (often much more during the later fights)shutter snaps. While the majority of exploring is done in 3rd person, to battle a spirit, the player is forced to switch to first person and peer through the camera’s viewfinder. This means that you have to get uncomfortably close to the subject which makes for some harrowing and blood-curdling moments.

Immersion Factors: Surprisingly crisp, eerie visuals and nerve-wracking sound design really sell the foreboding atmosphere.  It’s also one of the few horror games out there that is truly frightening to play.

As controversial as the switch to first person from the traditional side-scrolling gameplay was prior to the game’s release, once you actually sat down and played the game, you realized immediately that Nintendo and Retro Studios knew exactly what they were doing. While keeping the core mechanics of past games intact, the game felt fresh and each entrance into a new area was a joy to behold. Accompany that with the stellar level design and a completely cohesive alien world and you have an experience that oozes with atmosphere.

Immersive Factors: The Metroid series has always been about isolation in its exploration and having the ability to view the environments through Samus Aran’s visor really drove home that sensation in a way that it hadn’t before. You truly felt like you were the only person on planet Talon IV.

Take equal parts Alien, Event Horizon, The Thing, and Sunshine, shake it up in a giant planet cracking ship the size of a small city and you have one of the great horror games of the current generation. Sure, its sequel seems to be bigger, better, and more polished, but this one is still a modern classic. And dissecting the necromorphs with a plasma gun never gets old.

Immersion Factors: Once again, expert sound design absolutely dominates here from incoherent whispers down a dank corridor to the muffled void of entering a zero gravity area.  5.1 surround should be a requirement.

Set in the Old West just prior to the industrial revolution entering into full swing, Rockstar Games took what could have been a rampant series of western movie clichés and molded their game into a fully fleshed out world, filled with sprawling landscapes, memorable characters, and some of the most realistic horses in a game.  And all this while still paying subtle homage to the source material. There was also a plethora of activities to distract the player from the main storyline like playing a round of poker in a dingy saloon or hunting game out in the wilderness, each of which could be an entire game itself.

Immersion Factor: The game is the whole package, from the Ennio Moricone-esque score, to the first time you shoot an enemy and watch the Euphoria tech add gravitas and weight to the impact, to James Marston’s troubled past.  It’s hard to find much fault with one of Rockstar’s best open-world games to date.

Welcome to Rapture, an Ayn Rand-inspired underwater metropolis gone belly up. From the opening moments of the game it’s clear that things have gone horribly wrong and throughout the player’s journey the game expertly unravels its mysteries while blanketing everything in a veil of creepiness.  It’s no surprise that creator Ken Levine, the man behind the System Shock games crafted such a deep-sea beast of a backdrop and the game lingers long after you’ve completed it.

Immersion Factors: The first time you step out of the bathysphere into Rapture and see all of its shattered art deco glory, antagonist Andrew Ryan, the Big Daddys, and some of the best sound design this generation.

Jonathan Blow, Developer of Braid – From Rags to Riches