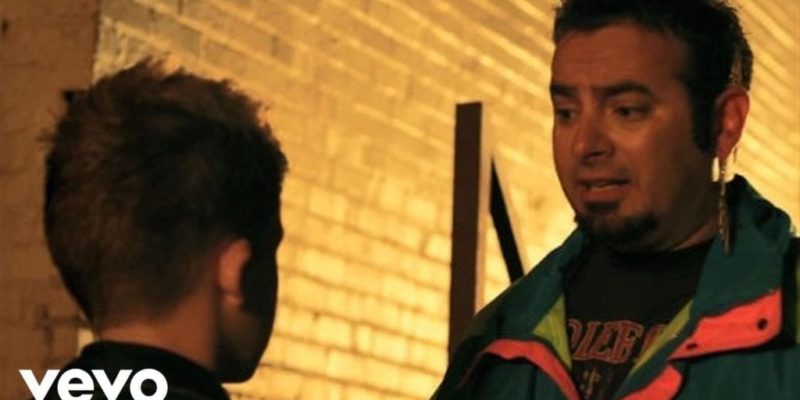 I don’t think I’ve ever met someone who has completely matched my likes or taste in tunes. Musical taste is a lot like someone’s personality. It’s specific to that person, unique in many senses, and varies significantly. I can also admit that my musical tastes are sometimes embarrassing. Like, why do I even like songs by Poppy?

I’ll give any song a chance. I can usually tell within the first 15-seconds of listening if I’m going to like it or not. This is one way in which I’ve stumbled onto songs from many different artists. I began to notice, though, that a lot of my taste in music has circled back to one thing: video games.

Here are some of my favorite tracks that include video game sounds or references for your listening pleasure.

A Day to Remember “2nd Sucks”

I started listening to A Day to Remember sometime around 2007. A friend had burned a CD of theirs for me and I bumped it in my car all summer long. Anytime I was driving, I couldn’t refuse the opportunity to let “The Plot to Bomb the Panhandle” ring through my speakers. They are very much still alive and kicking in 2018, and have many appearances on my workout playlist. One song, “2nd Sucks” always gets my head in the right place for lifting weights, probably due to the throwback Mortal Kombat “Fight!” in the introduction. The music video is fuming with gaming nostalgia.

My playlists have accumulated various chiptunes and video game themed artists over time. Those artists are usually found on Monstercat.

I’ve since purchased a few compilation albums and have added songs from TutTutChild and the like on my Spotify playlists. Nitro Fun has been featured on many of the compilations and the song “New Game” always lifts my spirits. There’s a fine mix of retro sounds on a speedy beat to get your pumps a-pumpin’.

I feel sorry for anyone driving next to me. Not because of the video game sounds spilling out of my car, but rather my dance moves that are unfortunately visible for all to see.

My friends and I used to skateboard on a regular basis. We would skate, play Tony Hawk’s Pro Skater, and watch skate videos before skating some more. Did I mention we liked skateboarding?

When we first saw “Chomp on this” it instantly became one of our favorite videos. I mean, who doesn’t love PacMan and skateboarding? The song “Mac Man” by Beanie Sigel has been forever imprinted in my brain, especially the Super Mario Bros. references in the lyrics. I throw it on now during Rocket League or Overwatch matches for extra POW!

I’ve had a love/hate relationship with Eminem for a while. I played the “The Marshall Mathers LP” from front to back and memorized just about every song on the album. I also fell in love with another track “Biterphobia” from some of his early releases, just about four years prior to when“Hellbound” released.

I wasn’t familiar with the track until Brett from our PlayStation Enthusiast site mentioned it to me. It was easy to track down on YouTube, along with the lyrics. The beginning opens with sounds from Soul Calibur, which is fitting even now with the upcoming release of Soul Calibur VI. I guess both should take this moment, own it, never let it go.

CyHi The Prynce “Dat Side”

A good friend of mine always keeps me up to date with new slaps. Whether it’s songs from the ‘Bay or any other tracks from Three 6 Mafia, there’s never a shortage of additions to his Spotify playlists. His hip-hop and rap game are strong. That also includes tracks like CyHi The Prynce “Dat Side.”

You might wonder why I chose this one. Aside from the track and the lyrics providing smooth energy and flow, the lyrics contain a throwback to the original Mortal Kombat. Granted, the context for this one is tied to drug sales and potentially shooting someone with an automatic weapon.

There are almost too many tracks to mention that have video game tie-ins. I’ve added songs here and there to my Spotify playlist. I’ve added that list here for anyone who is wanting to check it out. Most of these are perfect for long rides alone, gym workouts, or turning up to high volumes while you play online. Even a dance party or two.

What are some of your favorite tracks? Please share your playlist or songs in the comments below.