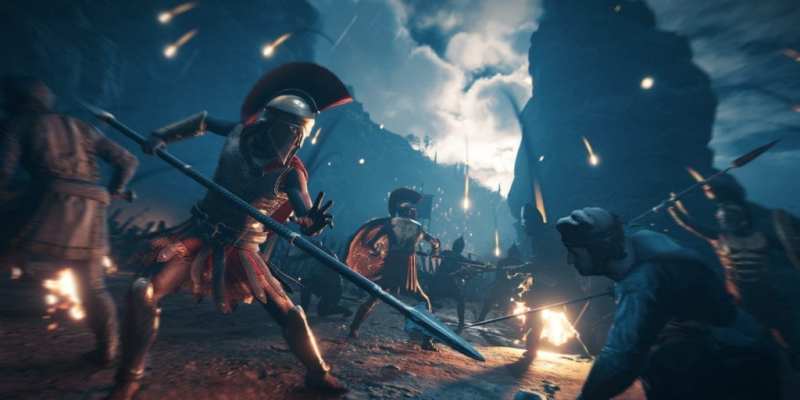 Overall, I think 2018 was a strong year for PC games. There was plenty of exploring to do and people that needed killing. These are the games that pulled me in and kept me playing long through the night to the morning.

Although I took issue with some playing long the game, I have to admit that surviving Hope County alongside a crazy cast of characters was quite a wild ride. Far Cry 5 left me wondering how many secret underground nuclear bunkers one county could reasonably have. It turns out, one more than I thought there would be. The game’s endings aren’t so much about winning as they are about various ways of losing.

Still, I’m looking forward to the launch of New Dawn, which I hope will help make up for things. But I’m a little worried that this may start a trend of launching follow-up games to make up for the disappointments from the previous ones.

I’m still not entirely sure how my hospitals can turn a profit one minute, then immediately run up a deficit the minute I start to expand, but I guess that’s part of the attraction. Planning and building near-perfect facilities became an obsession of mine. Sometimes, my cure ratio outpaced the death count. That’s progress!

Odyssey is one of those games that makes you wonder if there’s such a thing as too much of a good thing. Ancient Greece has a ton of marvels to offer, including monuments and mythological beasts. However, the biggest takeaway is that in this time of chaos, a lot of people need killing. My mile-long hitlist spanned the entirety of Greece, and that doesn’t include the extras like taking out rival mercenaries to climb up the blood-soaked leaderboard. Then there’s slaughtering people in the arena to entertain the crowd. This is one legendary odyssey that can go on for ages.

I should also note that between Assassin’s Creed Odyssey and Far Cry 5, Ubisoft has had me hunting a lot of cultists this year.

Shadow of the Tomb Raider

I love following Lara Croft’s adventures, and the third addition to the rebooted series delivered plenty of action. In addition to the South American mythological themes, what I enjoyed most is the turn on things, where Lara may actually end the world in her effort to save it from Trinity’s control.

Of course, it’s hard to feel a sense of peril once she picks up a few weapons and skills before getting her killing groove on. Trinity should be scared of every patch of mud or tall building there is at this point.

I was a huge fan of the original Star Control 2 and was happy to see that the reboot stayed true to it while adding its own flair. While I wish that playing long the classic aliens could have been included, I still enjoyed the new ones and their hilarious dialogue.

My main complaint is that the game eventually hits a massive wall when you’ve pretty much seen, heard, and exploited everything the galaxy has to offer. But with the recent launch of the four-chapter Earth Rising season pass, I could be convinced to return to the game and do more blasting in the name of interstellar diplomacy.