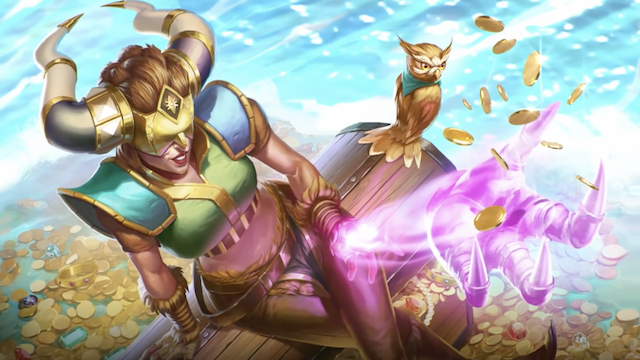 A lot of questions came with the initial announcement of Torchlight Frontiers back in 2018. Like, how could the game possibly work with an MMO-style structure and a free-to-play basis? Well, fans won’t have to worry about that now, because the developers at Echtra Games are changing things up.

Instead of going with the Frontiers approach, the studio will simply create an experience that fans have been waiting for — Torchlight III. The announcement came with a new trailer, which is below.

So why the change to a traditional sequel?

This decision came after the company spent years with development and alpha testing, according to Echtra CEO Max Schaefer. Noting that “Torchlight Frontiers was meant to be a true successor to Torchlight I and II,” the question came up about why it wasn’t just a sequel instead. So, the team changed its game plan.

With this move, the game will return “to its roots and models after the classic Torchlight games that ARPG fans have come to love,” according to Schaefer. That means no more free-to-play, as Torchlight III will be more of a “premium” experience. As such, it won’t have microtransactions when it launches, either.

Also, progression will go through some changes with the new model. That means Echtra will set up more with what the previous Torchlight games did, rather than what they had in mind with Frontiers.

Along with the reveal announcement, Echtra Games also released a new trailer asking players to “Join the First Expedition.” Gamers have the option to sign up for beta tests, exclusive content, and more on the game’s official web page. Fans won’t want to miss out on this.

Torchlight III is set to debut on steam sometime this summer. More details should be on hand in the months ahead as it gets closer to its release.

Alternative Picks For Retro Gamers: Titles You May Have Missed the First Time Around, But Shouldn’t Have