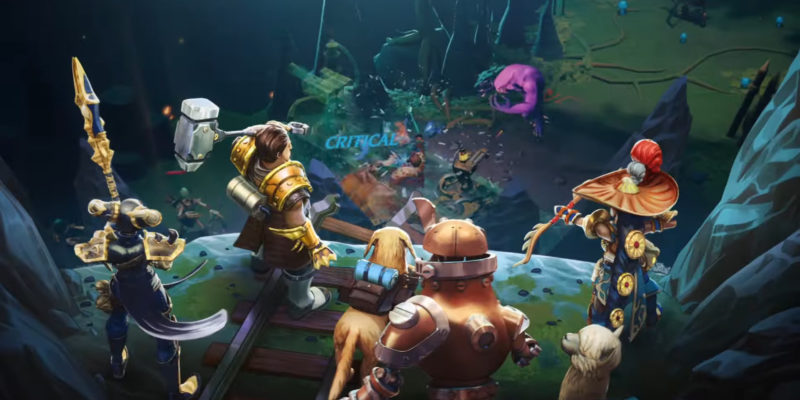 Torchlight III got a new trailer today, which dropped during the PC Gaming Show. It shows off little more gameplay (it’s kind of short), for you lovely Torchlight fans. However, in some better news, you can now play the game. It’s available today in Early Access.

You can play that game today by heading to its store page on Steam. According to the page, the Early Access build does not yet contain a “complete Act 3,” but you can play the first two acts just fine. There will be four classes to play as, with “dozens of quests,” and more than 100 Legendary items, as well as a bunch of weapons and more. The build also includes a “player-created custom Fort feature (complete with enchanting, resource refining, and storage).”

The Torchlight III Early Access build isn’t for you solo types, however. It’s can only be played in multiplayer mode. This means you’ll have to play friendly with others for a while. It allows you and three others to come together, hanging out with up to 40 players in the game’s shared public spaces — which includes towns.

More to come, much more

As per the usual with Early Access, more of the game will come available as time goes on. As the game is being developed, Act 3 will be made available. Additionally, developer Echtra Inc. promises end-game content, plus a heap of quality of life improvements. Luckily, you won’t have to wait for years to get more of the game.

Early Access for Torchlight III will last around three months, according to the Steam page. The focus for the team during that time will be all the aforementioned content and fixes. But mroe features are in the plans, so we’re sure we’ll hear more as time goes on. You can play Torchlight III today by heading over to Steam.

Ooblets gets a new trailer, and is coming to early access this summer