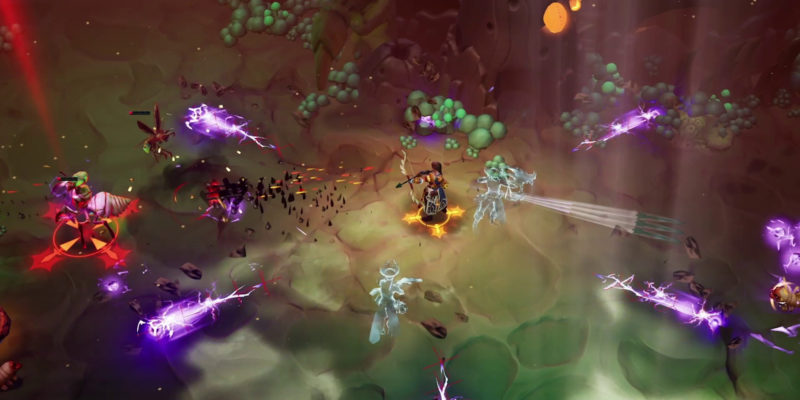 Torchlight III has a special in-game feature called the Legendarium. It’s a panel that you can access to grant you legendary skills or passives. Here’s our mini-guide to help you out.

Throughout your adventures in Torchlight III, you’ll unlock several of the Legendarium’s legendary skills and passives. However, you can only equip up to three of these. The first slot is unlocked at level 3, and the remaining ones at levels 20 and 40. As mentioned in our beginner’s guide, you’ll likely only grind up to level 35 or so since the game’s final act (and enemies that provide more XP) won’t be out until June 30.

Now, let’s say that you have unlocked a few slots already, how, then, will you equip legendary skills and passives via the Legendarium? Well, first, you’ve got to construct an Enchanter’s Altar in your personal fort. This is part of a short tutorial sidequest early on in Torchlight III‘s campaign. 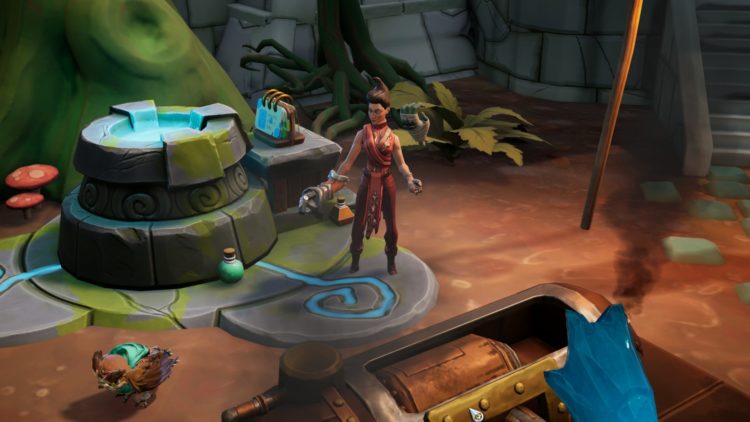 Once you’ve done that, you can start enchanting your gear or breaking down items to turn them into essences. But, that’s not all. The Enchanter’s Altar also lets you obtain the legendary skills associated with legendary items that you break down.

In turn, these passives will be made available via the Legendarium panel. These will have multiple tabs depending on the types of passives that can be selected.

Note: All the objects you’ve constructed in your fort, as well as the Legendarium passives you’ve unlocked, have account-wide progress. Your alts will be able to make use of them. 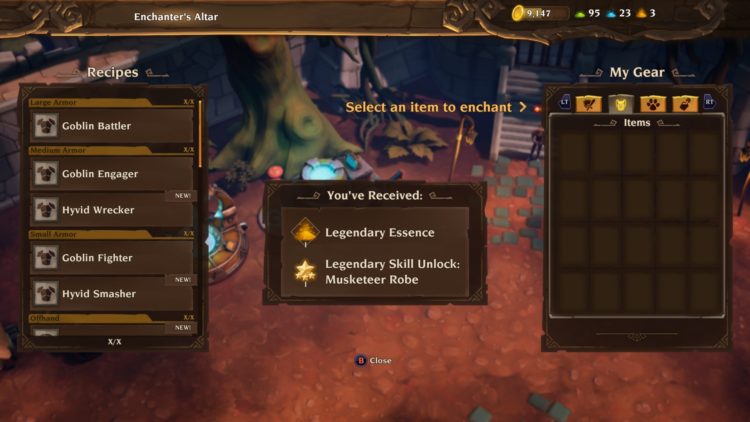 These are specific to the class you have selected and, more often than not, will require you to break down legendary weapon and armor pieces for that class. For instance, the Dusk Mage’s legendary skills can’t be equipped by a Sharpshooter and vice versa. Below, you’ll find some examples of the items that you need to disenchant in order to gain their respective effects. 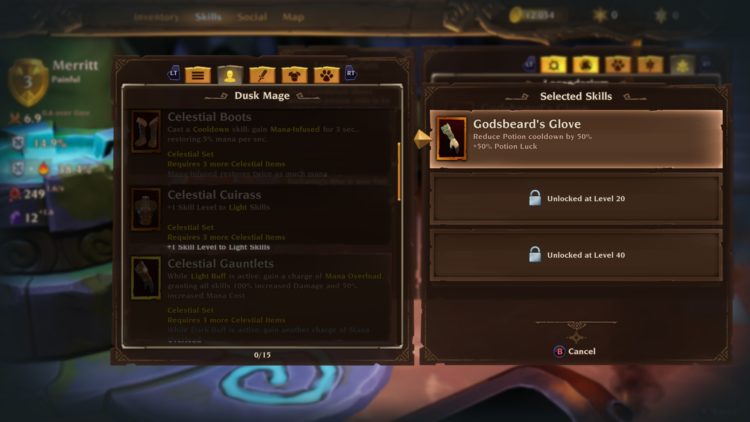 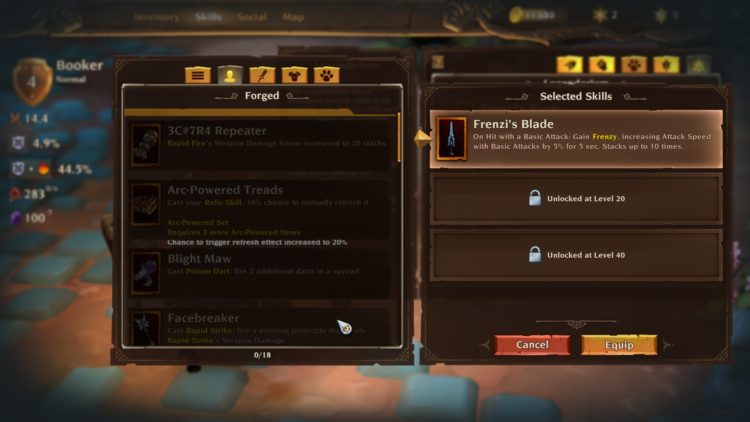 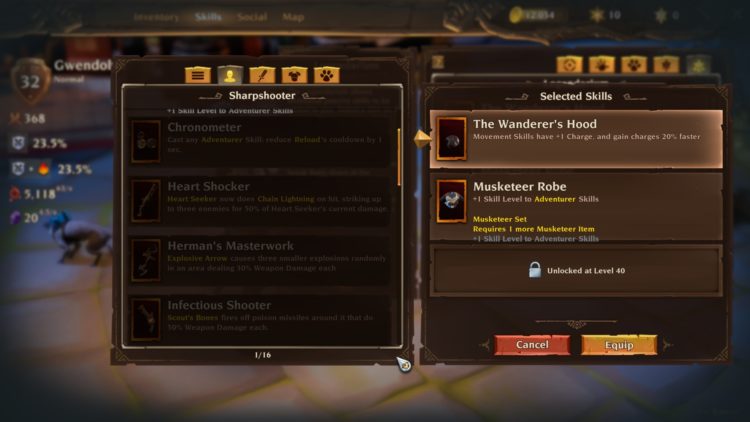 Although weapon-based passives still require you to dismantle legendary weapons via the Enchanter’s Altar, these aren’t necessarily restricted to a specific class. Here are some examples: 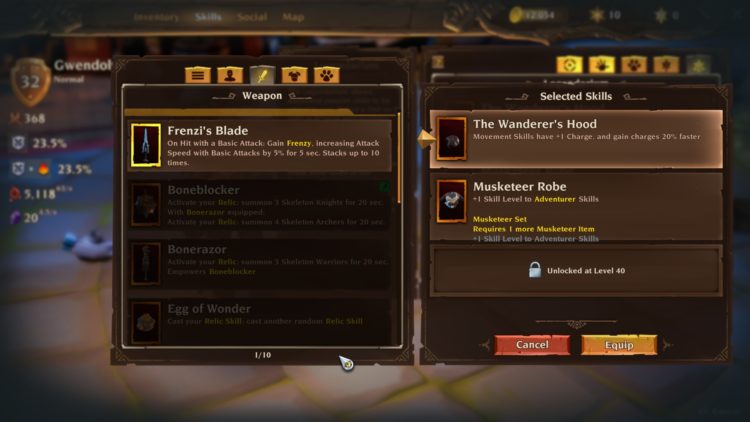 Much like the weapon-based passives, these require you to dismantle legendary armor pieces to gain their effects via the Legendarium. These are also not locked to a specific class. Here are some examples: 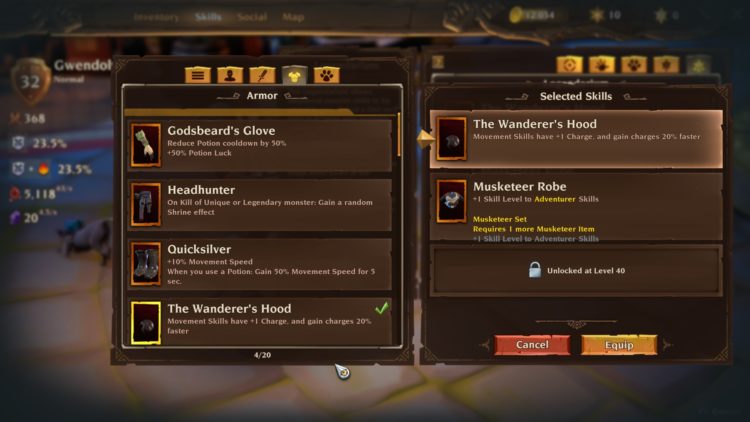 The final tab in the Legendarium panel concerns passives related to your pets. These are obtained after disenchanting pet-specific items (ie. collars) and will confer the bonuses listed therein. Here are some examples: 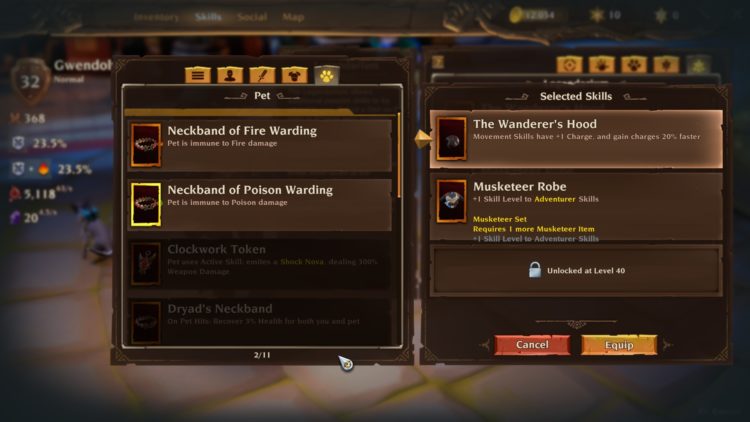 In the end, Torchlight III‘s Legendarium feature is there to give you additional boons via legendary skills and passives. Most of the customization you’ll do will come from your chosen class’ skill selections as well as the relics you’ve leveled up. The Legendarium, meanwhile, provides a bit of flavor that can, hopefully, synergize with your playstyle. Since you can only equip up to three of these (and the last slot won’t become available until you focus on grinding higher-level enemies), very few would become extremely integral to your progression (ie. The Wanderer’s Hood).

At best, you’ll want to do the following: