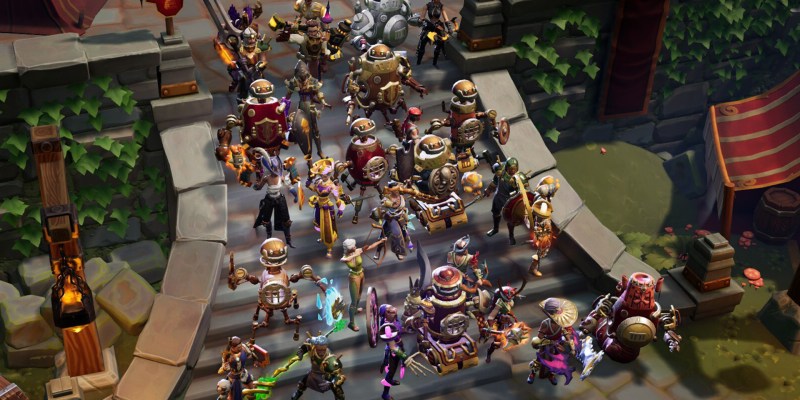 The arrival of Torchlight III as an Early Access game back in June 2020 was quite a surprise. It was previously announced that the next installment in the hit action role-playing game (ARPG) franchise would be a free-to-play offering (Torchlight Frontiers). Then, plans changed and we saw a shift in the game’s development leading to its Early Access release.

It was a disappointment, at the time, as mentioned in our Early Access impressions feature. Torchlight III suffered from a litany of problems that needed to be addressed. Fast forward to the present, and we now have the official launch of version 1.0. So, is Torchlight III worth your while, or are these problems still prevalent?

Torchlight III‘s plot is fairly typical of any ARPG you’ve tried out in the past. The world of Novastraia is in peril and many evil denizens seek to dominate or bring it to ruin. With the Ember Empire in decline, it’s up to you to save the day. It reads much like what you’ve experienced in the previous Torchlight games, too, and there are even a few nods to its predecessor in some cinematics or scenes.

Still, the narrative was too weak and disconnected at times. Although Torchlight III offered three distinct acts with their own hubs and quest givers, and the locales themselves are finely crafted with cartoony art design and vibrant colors, I didn’t find a single NPC, quest, or destination memorable. 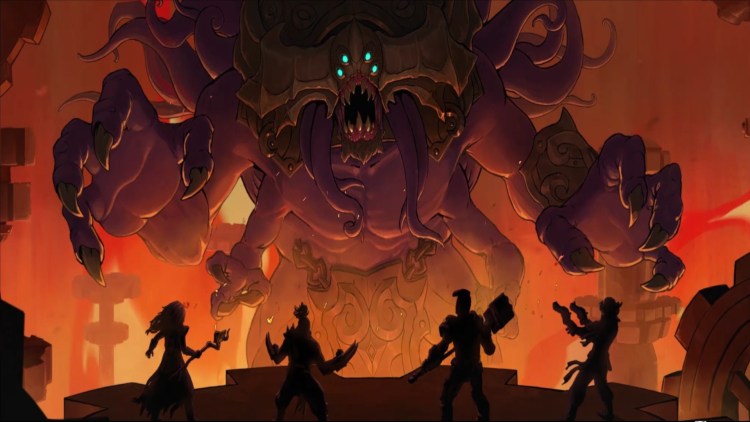 Going through the motions

Part of this might be due to how Torchlight III‘s campaign is structured. Each act has you entering a town/hub. Then, you move to a larger zone that has two or three smaller zones. You kill the miniboss in these zones and report back to town. When you exit the larger zone, you’ll reach a transition area which also doubles as a copy of your fort (more on this later). Past this point, you’ll be at a new zone with, you guessed it, two or three smaller zones.

To be fair, other ARPGs such as Path of Exile and the Diablo franchise follow the same formula, but you felt a deeper sense of world-building and engagement as you explored. Although Torchlight III‘s environments and monsters were distinct enough — from a biome swarming with Hyvid insects to mountain peaks and Dwarven ruins filled with derelict contraptions — the entire adventure was missing something. It’s as though you’ll just be going through the motions. Then there’s streamlining to factor in. ARPGs live and die by the loot you obtain from countless monsters. The general idea is that you’re working towards a particular build in mind, taking note of stat point allocations and skills. Torchlight III doesn’t even have stat lines or attributes in the traditional sense. You’re not assigning points to strength, dexterity, and whatnot. Instead, each level-up grants you a flat increase to your HP and other capabilities. Meanwhile, items just offer some extra boosts.

Skills also had their own brand of streamlining for the game’s four character classes — the Sharpshooter, Railmaster, Dusk Mage, and Forged. In the previous game, many active and passive skills won’t be unlocked until you’ve reached higher levels. In Torchlight III, you’d have unlocked everything by the time you hit level 20 (roughly during Act 2). That sounds all well and good, and this idea should be commended, right? Well, not quite. That’s because doing a respec (refunding your skill points) is ridiculously restrictive. 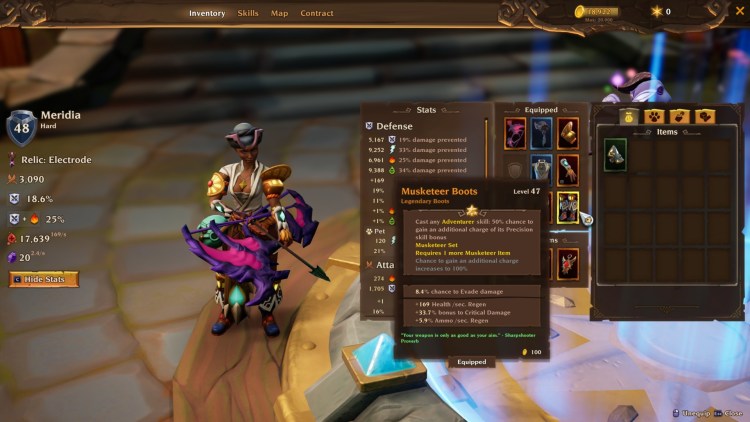 In Torchlight III, refunding your skill points requires respectacles. Even when fiddling between hard and ridiculous difficulties to increase mob density and drop rates, I found these items quite rare. Since one respectacle only refunds a single skill point, you’d be hard-pressed to actually refresh your entire build especially after you’ve dumped a lot of points into certain skills already. Compared to Torchlight III‘s Early Access stage when these items dropped from time to time, the 1.0 launch severely makes your options limited.

Speaking of limited and restrictive mechanics, we’ve got Torchlight III‘s relics system. The relics in the game provide you with even more active skills and passive boons, usually related to a particular element or damage type. For instance, the Electrode relic zaps enemies with lightning. Meanwhile, the Bane relic focuses on poison damage and spider summons. There’s Coldheart to freeze your foes, Flaming Destroyer for those who love to incinerate mobs, and Blood Drinker for bleeding and life steal effects. 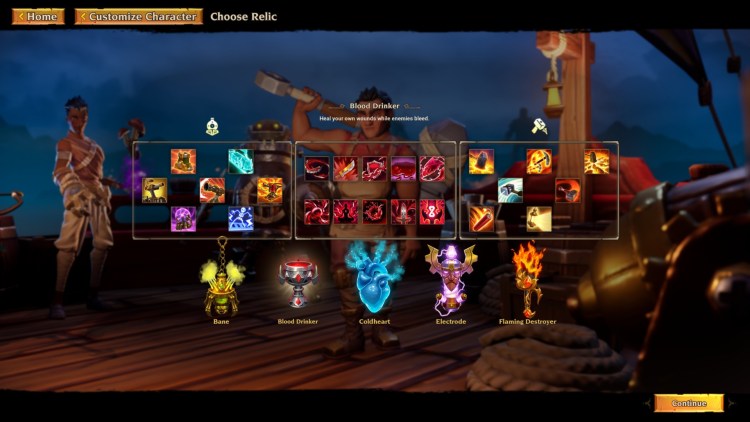 Before, relics used to be interchangeable and can be freely swapped among characters, too. Although you had to level them up to unlock skills, you still had the freedom to experiment with different builds. Say goodbye to that because the relic you select during character creation remains permanent all throughout Torchlight III‘s campaign. It acts like a subclass of sorts, and there’s no way to change to another one. If you wanted to try out other relics, then be prepared to reroll a new character from scratch.

In addition to the above, certain passives only work depending on the type of weapon you have equipped. For instance, the Electrode relic’s “Shocking Force” passive — which gives your basic attacks a chance to call down a lightning strike on enemies — only works if you have a mace or a bow equipped. Of course, we’ve got Torchlight III‘s forts. The player’s fort is an instanced hub, sort of like a hideout in Path of Exile. These locations allow you to construct various features that provide additional mechanics such as resource gathering, enchanting, pet homes, and skill respecs. You can also add fixtures that boost your stats such as the Luck Sprout for gear luck. Likewise, you can build furniture and decorations to make your fort truly unique.

Again, this concept seems decent, at least on paper. However, I considered it tacked on, almost like an afterthought. To be fair, I never really play ARPGs for the base building or home decoration aspects, so I’d much rather have these mechanics present in the actual towns or hubs (usually handled by an NPC). 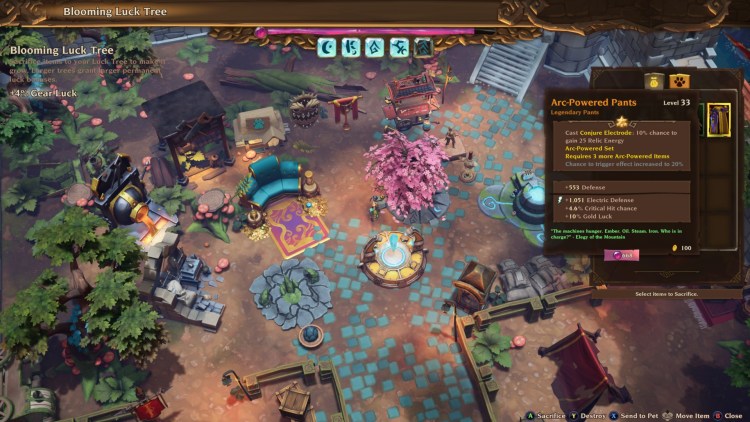 As I reached Torchlight III’s third act, the one I’ve already experienced as part of the Echonok update, I couldn’t help but feel a sense of foreboding. The campaign was drawing to a close and, within a couple of hours, I had already beaten the game’s final boss. Was there anything else to look forward to?

Well, there is, sort of — it’s an activity known as Fazeer’s Dun’djinn. In each challenge level, you get to choose from a set of three cards (each one has certain mobs and modifiers). When you’re ready to play, you’ll find yourself in one of the game’s tilesets/biomes, killing mobs and picking up their quest items (like crystals or cores). When you’re done with these requirements, you’ll go through a doorway to battle a boss you’ve fought during the campaign. After killing the boss, you picked up your loot and you selected another card/modifier.

This is basically Torchlight III‘s endgame loop. It’s funny when I think about it, because we already have a similar concept in Mapworks Portals. These portals spawn when you defeat a spectral phase beast. Upon entering, you’ll simply fight a boss and be done with it. Fazeer’s Dun’djinn, therefore, seems like an unnecessarily extended and roundabout way of reaching the same outcome. 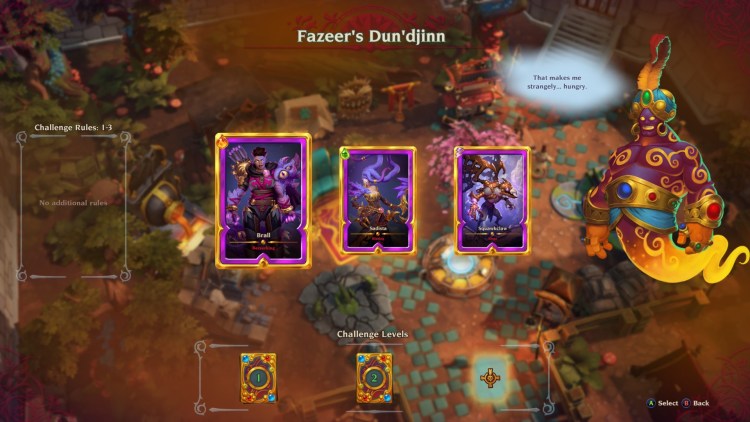 Putting out the torch’s fire

As mentioned earlier, Torchlight III had problems when it became available as an Early Access title. My main gripes had a lot to do with the online-only requirement and all the latency issues I faced. Thankfully, with single-player mode available, I no longer had to worry about lag. Similarly, the Lifebound items rework ensured that your gear pieces are no longer lost when your character dies. Those are the only positive aspects I can see from that stage until the present.

At the moment, Torchlight III still disappoints even with its 1.0 release via Steam. In fact, certain changes even made mechanics and features worse than before. It streamlined concepts that were meant to keep progression engaging while restricting those that were supposed to improve player customization. The endgame loop itself which, aside from Fazeer’s Dun’djinn, also includes “contracts” — just something you level using “fame” to get random goodies and fort decorations — is as uninteresting as it gets.

The same impression I had during Early Access remains present: The tried-and-tested formula was scrapped in favor of a free-to-play MMO that, in turn, got scrapped as well. Torchlight III shows these rough edges owing to that transition, and it’s still trying to find its identity. 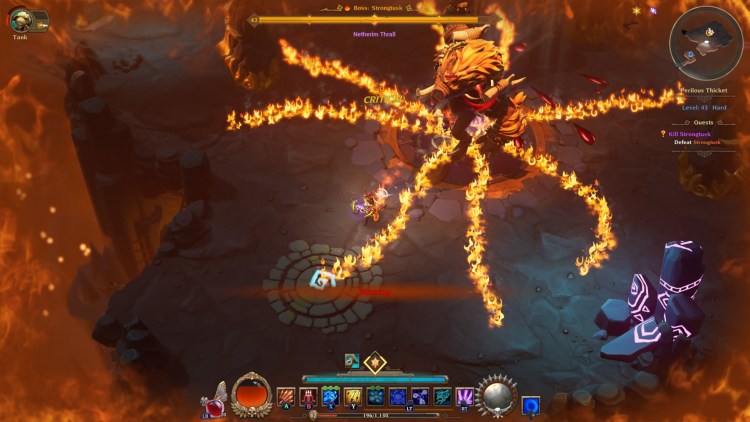 The next installment of the hit action role-playing game (ARPG) featuring vibrant, bright, and cartoony graphics, and a light-hearted adventure.
6

Torchlight III still suffers from many issues that have been present since its Early Access stage, including a middling endgame and bland core gameplay loop. Worse, its restrictions on character builds and relic usage lead to a lack of experimentation and customization.