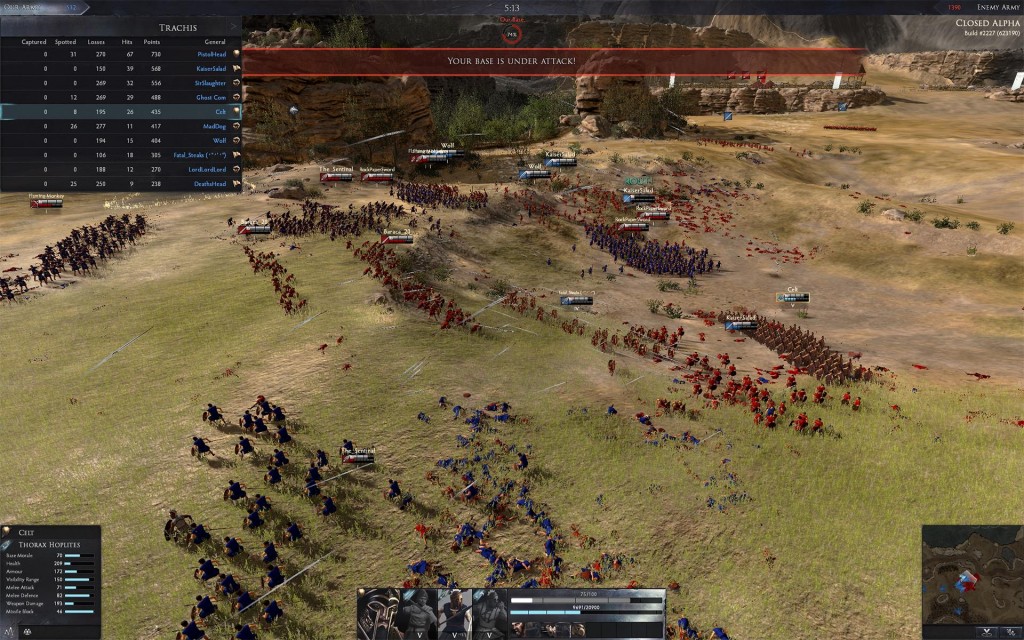 If you want to get in on the ground floor of Total War: Arena then now’s your chance: the closed alpha is accepting sign-ups.

If you’re instead thinking “isn’t the next Total War game that one about that bearded Hun chap“, then… well, that’s not this one. This one is Total War: Arena, a free-to-play team-based game. Two teams of 10 players each go head-to-head on the field, with each player controlling three units of warriors, led by “an iconic commander from history.” You’ll level up your commanders and units to access more skills, weapons, armour, and abilities, but strategy and tactics will apparently win the day.

The closed alpha is now open, and if you want to sign up, you can do so over here. There’s no guarantee you’ll actually get in, but if the idea of it piques your interest or you really want to offer Creative Assembly some feedback on how the game is shaping up at this early stage, then you might as well sign up.

There are also some screenshots below, which may or may not be new. It looks quite Total War, anyway!