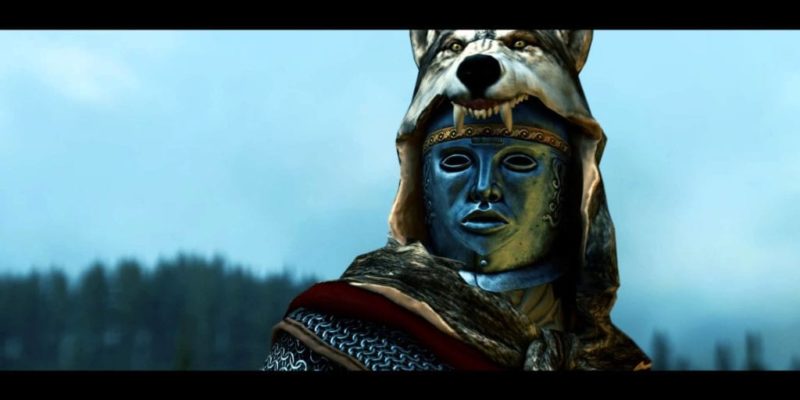 Creative Assembly’s foray into multi-commander online clashes, Total War: Arena, has moved into closed beta today. The transition brings with it the addition of a new commander (and faction), as well as a famous river crossing map.

If you want to try signing up to this closed beta, follow your browser-nose this way. European and Russian servers are up, with US ones said to be “coming soon”. I played it fine from the US during alpha, mind you. It’s not a game where you need twitch-perfect ping.

The furious shirtless hordes referred to in the headline belong to Arminius, a masked commander who doesn’t seem particularly keen on Romans. He’s a barbarian leader, a faction who focus on “speed and manoeuvrability at the expense of armour and survivability”. Lightly armoured chaps who need to do hit-and-run ambush attacks, basically.

There’s a whole wodge of patch notes and details about Arminius’ talents in Total War: Arena, as well as further information about barbarian units over this way.

The new map is the river Rubicon, of Caesar crossing fame. It’s the first river crossing map to be added to the game, and claims to have “open terrain” and a “treacherous crossing”. If it’s anything like Total War campaign battles with river crossings, that’ll be a hilarious potential bottleneck for every single unit.

Here’s a video, featuring lots of manly men getting stuck in to one another.