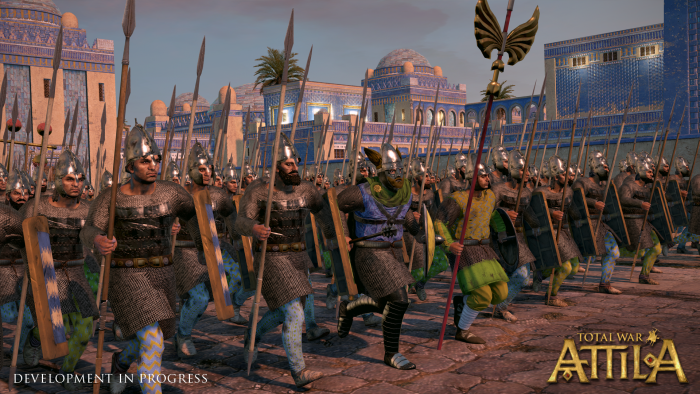 Creative Assembly has been progressively detailing the factions that’ll be playable in upcoming stand-alone title Total War: Attila, and today’s information is about the sassy Sassanid Empire.

According to the faction page which has recently gone up, Sassanid vassals effectively seized control of the Parthian Empire. Unfortunately for them, these expanded boundaries have left the Empire under considerable threat and external forces are pressuring Sassanid control of the vital silk road trade route. Meanwhile, the Eastern Roman Empire is also proving a peace-time distraction.

In Total War: Attila, the Sassanids will begin with a number of client state satrapies under its control and a decent income base to work from. Sanitation levels (a new feature in Attila) are also pretty high, so the Empire is in a decent position to expand – if it can keep the satrapies happy.

There are more factions listed on the general Attila factions page, so if you want to read about Visigoths or Vandals, that’s the place to be.

Total War: Attila is coming to the PC in February 2015.