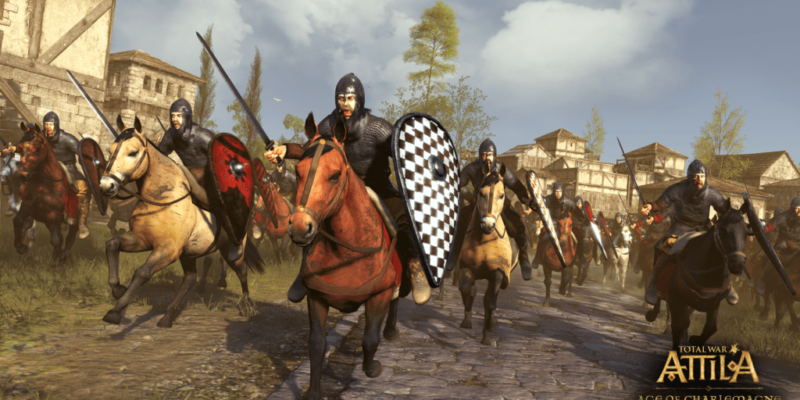 Total War: Attila will be fattening up for Christmas with a new expansion called Age of Charlemagne, due for release on 10 December. As the title strongly hints, this campaign will take place in 768AD, a long time after Attila, and into the Middle Ages.

Charlemagne became the first post-Roman Emperor of Western Europe, and it sounds like players will be following his footsteps in trying to unite the continent “by whatever means necessary”. Probably war, since this is the Total War series.

The Age of Charlemagne campaign map promises “50 conquerable provinces and new campaign mechanics” (including the rather EUIV sounding ‘war weariness’), as well as a fancy-pants medieval art style. You can also expect “Knights, Housecarls and other new era units” to play around with.

Over 300 new units in all are going to be present, some of which are “Thegns, Fyrd Axemen, Scola Knights, Berber Jinetes, Gazehounds and the feared Seax-armed Saxon warriors”.

Here’s a cinematic-style trailer, plus some screenshots. Age of Charlemagne will normally be $15, but has 10% during this pre-order period. As is tradition.

The Roach Approach – Battlefront for under $600