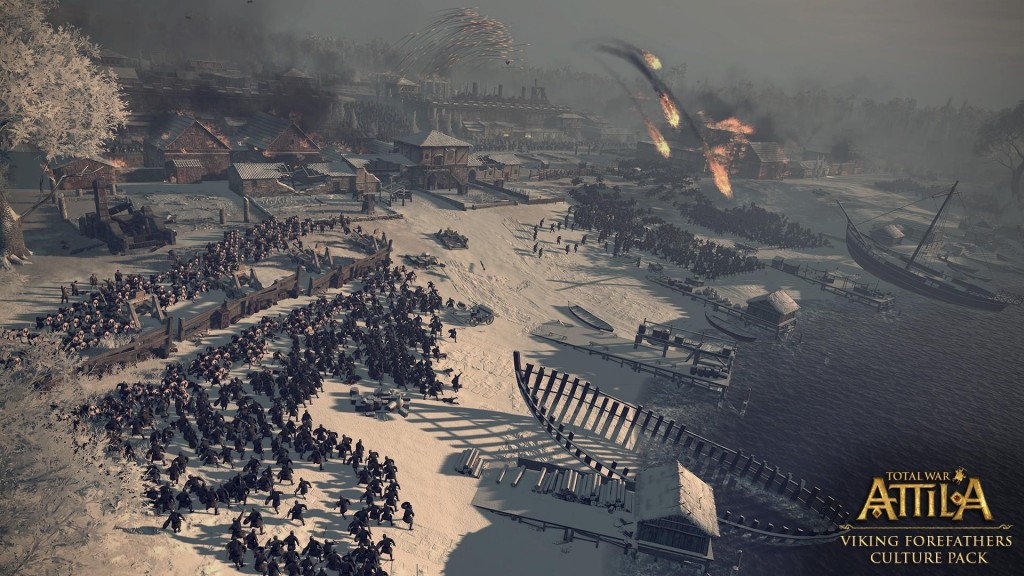 I’m not sure how this photo of the present-day Isle of Man got in here, but oh well.

The game will be rampaging through digital distribution sites on 17 February 2015, and that’s apparently a global release date – none of that “regional” stuff here. Naturally, there are also pre-order bonuses and a special edition, because gaming.

Pre-ordering Total War: Attila gets you the game’s first DLC pack for free on launch day. That’s the Viking Forefathers Culture Pack, which adds the Danes, the Jutes, and the Geats as playable factions. Each has unique land and naval units, missions, and cultural and factional traits, and if you opt to buy it separately it’ll cost you £5.99. Considering the shambolic launch state of Total War: Rome 2, though, I think you’d be forgiven for saving your money and maybe not putting down a pre-order for this one.

The Special Edition also offers that DLC pack for free (even if you buy it at launch rather than pre-ordering), but it also comes with a double-sided “reference poster” and a biography of Attila himself based on “the latest academic research and theories.” It’s full of maps, archaeological photographs, and commissioned artwork. It’s also only available as part of the Total War: Attila Special Edition, although the use of the word “currently” in the press release makes me suspect there are probably plans to sell it separately later on.

Total War: Attila is due out on 17 February 2015. You can see some brand new screens from the Viking Forefathers Culture Pack below.